TMI - Daim: I know those behind media spotlight on me


Tun Daim Zainuddin has revealed he knows those behind a sudden spotlight on his business empire as Malaysia's anti-graft officials investigate the former finance minister's banking business abroad.

Daim, in a statement today, said he was surprised that Umno-controlled Media Prima Bhd would provide coverage for opposition party PKR.

“While I understand the motivation of these PKR politicians as they know not much other than politics and making baseless allegations, I am quite surprised with the attention given to them by the government-friendly media.

“TV3 which would not give 2 minutes of air time to Pakatan, has aired the PKR press conference no less than 3 times. The NST and Utusan have also carried this news."

Daim's half 'revelation' had been preceded by a Zam warning to the people in Najib's camp, a veiled threat that such UMNO guerrilla warfare will also hurt Najib. Zam nastily hinted at scandalous tales on the PM.

It seems the Mahathir versus Najib, or to be more diplomatic, the Mahathir faction versus Najib faction internecine war is definitely on. As we know in our politics, sometimes Bodek-ites run away with the game without the principals even knowing what's going on, wakakaka, though I doubt this would be the case in the former camp, wakakaka.

We can only hope ... ah ... for one to win convincingly and completely so that there'll be ... er ... stability, wakakaka - I'm speaking from the viewpoint of one of the potential pelanduk mati ditengah-tengah otherwise known as 'collateral damage', wakakaka.

Anyway, guess the Empire has decided to strike back at the Mahathir camp's for the latter's constant sniping at Najib and undermining of his policies (has the IGP seeming discrediting of Home Minister Zahid Hamidi, a Najib sidekick, been part of the Mahathir camp's campaign? No worries, all kow-tim liao under OSA, wakakaka). 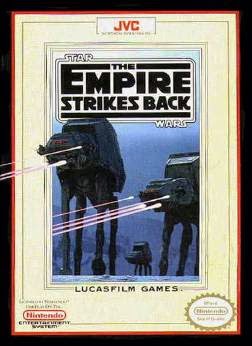 However, I'm not sure whether the man himself has given the green light for the current 'Empire strikes back' campaign. But Ah Jib Gor is known for his amazing survival instinct, and which might have convinced him that a fightback is now more necessary, nay, vital than ever if he wants to remain as head of UMNO and PM of Malaysia.

Aiyoyo, who will win lah?