The word (noun) 'motive' is defined in the dictionary as: 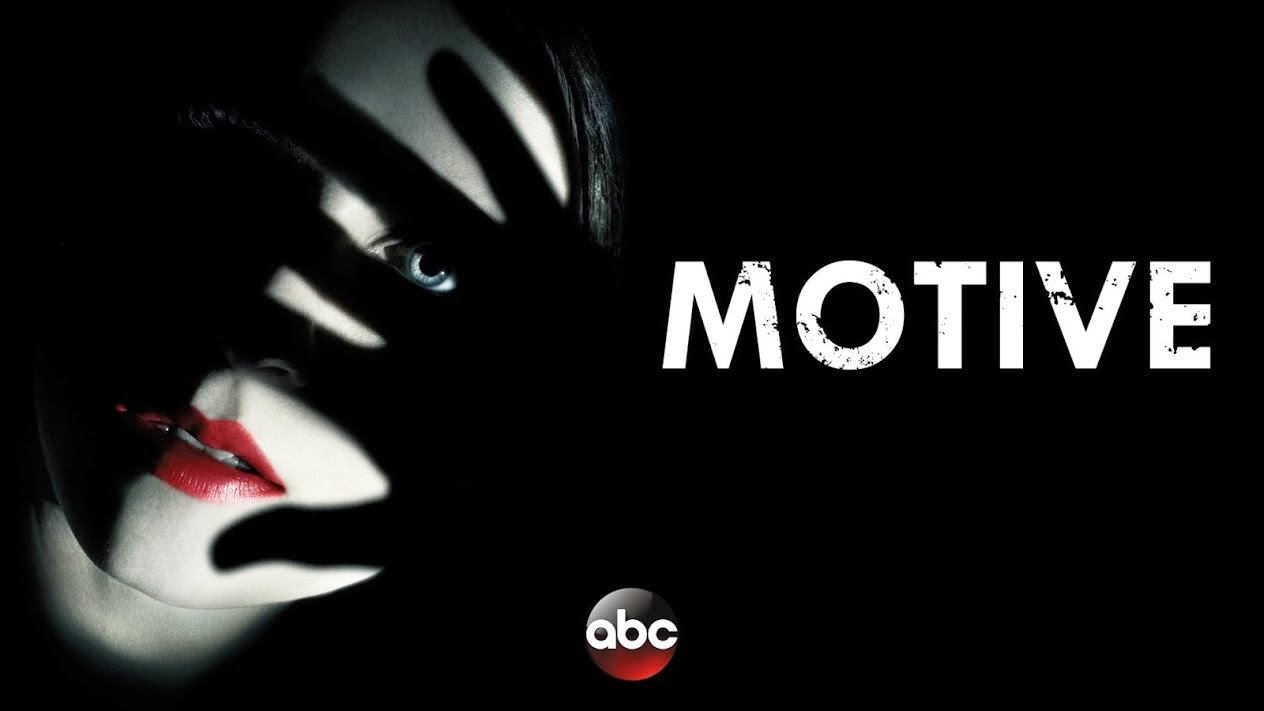 (a) something that causes a person to act in a certain way, do a certain thing, etc.; incentive,

(b) the goal or object of a person's actions, as in 'Her motive was revenge'.

Let us take a local example - eight years ago, on 02 March 2006, Malaysiakini reported in its news article Judge: Daims statement contemptuous! which incidentally featured Daim Zainuddin and Muhammad Shafee Abdullah, wakakaka, the following (note how the word 'motive' was used):

Court of Appeal judge Gopal Sri Ram today said that Daim Zainuddin could be hauled for contempt of court for his statement to the press in which the former finance minister questioned the court's motives in dragging his name into the Metramac scandal. 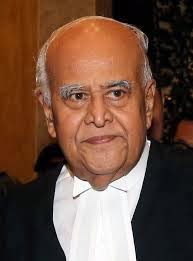 "Daim told the press: 'I do not know what the court's motives are'. Our motives here is to do justice without fear and favour. And let me say this: This (Daim's) statement is contemptuous!

"We fear no one, however wealthy or however powerful they are. This institution does not fear anybody! We are the people who have sworn to uphold the constitution and interpret the acts of Parliament. 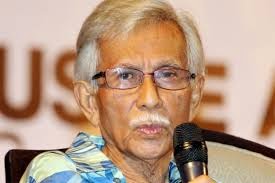 "Are we to keep quiet when we see there is something wrong? Is it better to shut up and look like fools rather than to open our mouths and cast doubts?"

The judge made the hard-hitting remarks while hearing arguments from DP Vijandran, the counsel acting on behalf of Metramac Corporation Sdn Bhd's lawyer Muhammad Shafee Abdullah, who is facing possible contempt proceeding for sending a letter of complaint against the judge. 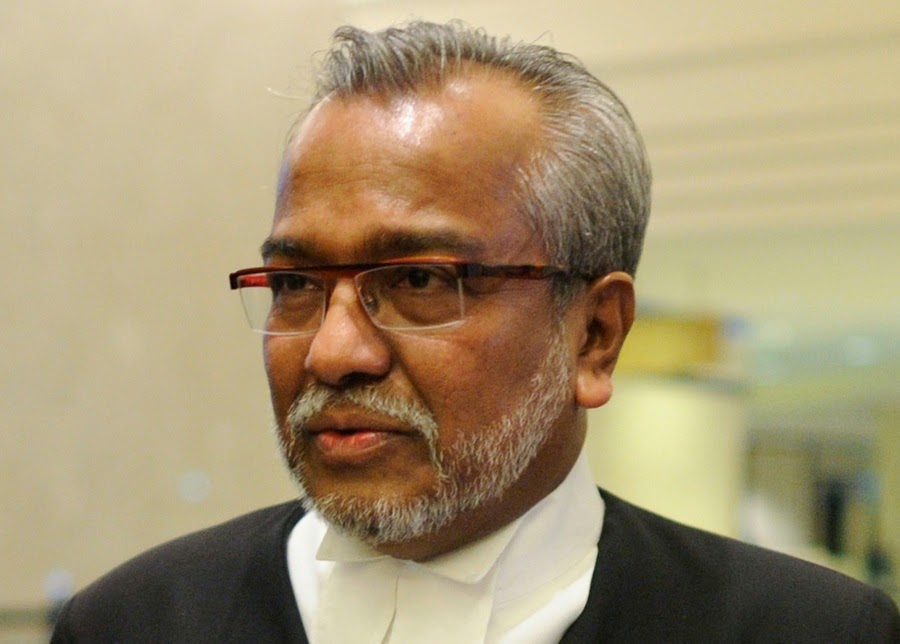 No? What about another example, say, the Grasshopper of Shaolin which I posted yesterday displaying Sakmongkol AK47's piercing piece about 'motive', wakakaka.

Then, what about what Malaysiakini had published on 02 April 2009, in its article Prayers for Altantuya. 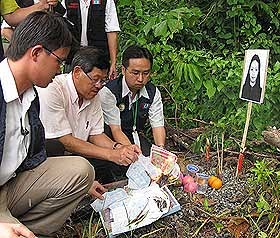 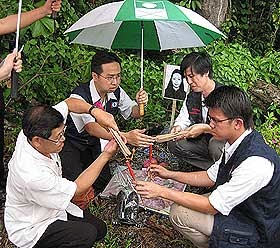 Yes, as we can witnessed from the above two photos, poor Mongolian Altantuyaa was not even allowed to rest in peace - see my post Murdering Altantuyaa Shaariibuu Again in which I penned the thoughts of Altantuyaa's soul (extracts only):

Grandstanding acrobatics, their excuse to dispense
With all norms, purportedly all for me (wry smile)
I must confess I view with scepticism and distaste
As I would professional chest-pounding mourners

Don't mind me if I ask, so what was the PKR politicians' motive in only mourning a slain Mongolian but not two wee Malaysian sweethearts? 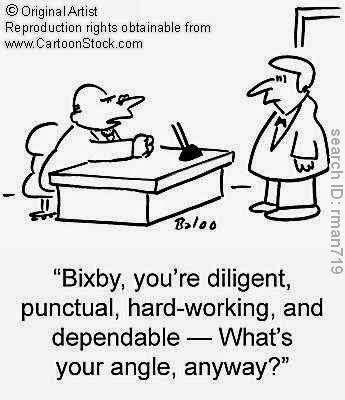 Yes, what was their 'Motive'?

Anyway, with the 'mournful' help of PKR how-laam (mourners) we have arrived at the subject of Shaariibuu Altantuyaa. In Malaysia-Today RPK posted an article from the Malay Mail Online (which I couldn't find) titled PAS MAN SAYS WANTS TO MEET SIRUL TO DISCUSS ALTANTUYA MURDER MOTIVE.

In that post we are informed that Mahfuz Omar, PAS party information chief, wants to meet Sirul Azhar Umar, who was recently sentenced to hang for his crime of killing the slain Mongolian model. Mahfuz claimed Sirul's dear mummy "... had admitted that her son had merely been following orders when he killed Altantuya." 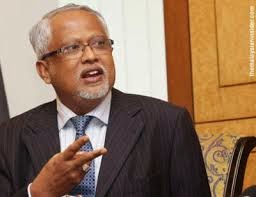 Mahfuz stated, “I do not challenge the court’s decision but I heard the mother said her son admitted to following orders to kill Altantuya. But what are the motives in killing Altantuya? Why did the court not reveal it?”

Mahfuz has a point there. The court should have revealed the motive.

The Malay Mail online report said that 'Mahfuz added that he did not see how Sirul or Azilah Hadri, his convicted accomplice, would have any personal reason to kill the Mongolian translator.'

We're back to motive again.

At that time I did have a suspicion on what might have been their motive but which of course would be only a possibility, but one that is unlikely to satisfy Pakatan and its supporters even if proven correct, wakakaka.

Okay, let me re-publish an old 2012 post of mine Motive for murder - seeking Confucius' help (with some minor editorial improvements on grammar, sentence flow, missing words, etc including an additional couple of sentences at its end, wakakaka) in which I alluded to that 'motive'. 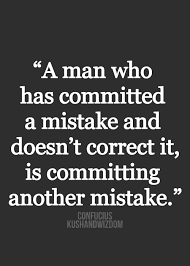 At its end I would like to pose a question on 'motive' to Mahfuz Omar, and I hope he'll help me by answering it.

In my post The motives of love, lust, lucre and loathing I quoted famous crime author, P.D. James, who had served for thirty years in various departments of the British Civil Service, including the Police and Criminal Law Department of Great Britain's Home Office, as well as been a magistrate, that “All the motives for murder are covered by four Ls: Love, Lust, Lucre and Loathing.” 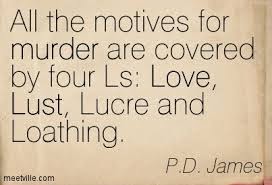 Everyone who has been following the Altantuyaa case including the most learned judge knows that Altantuyaa was blackmailing her ex lover Razak Baginda with such aggression that he became terrified enough to ask for special protection, so most would say there was initially love and lust in their relationship, and then when the passion and ardor turned cool and relationship soured, the blackmailing for money (lucre) kicked in, with the final outcome of loathing, probably of a mutual nature. 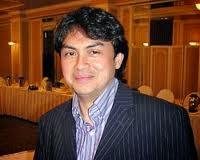 To some people it was an astonishing pronouncement by his Lordship that notwithstanding Razak Baginda’s possessing all the likely motives (which of course don't necessarily translate into criminal action), those motives couldn't be the basis to suspect him.

Thus it’s hardly surprising and perhaps also politically convenient (also a motive, wakakaka) that most Malaysians would cast their eyes on siapa godfather-nya?

Of course his close friendship with Najib plus alleged corrupt armed purchases have deepened the suspicions that there had been kow-tim-ness.

Those suspicions are all natural, logical and thus unavoidable, and coupled with the (lack of) reputation of our aleged kow-tim-able judiciary, have led to accusations that our Malaysian Don Corleone might had intervened. I'd go along with such suspicions. 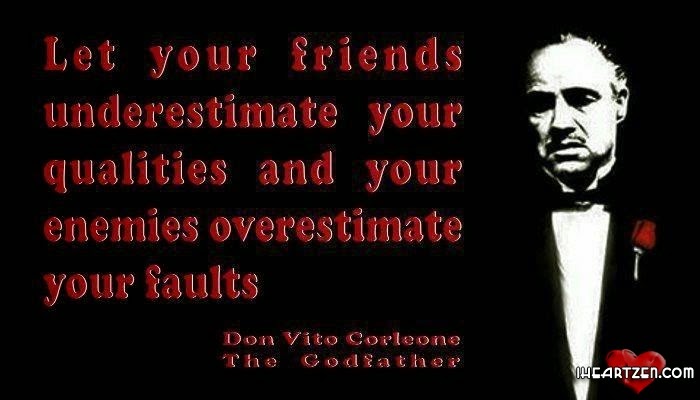 But that is the sentiment currently prevailing among PKR people who wants Najib implicated, not just as an accessory to the crime but as the prime suspect, the man who ordered the murder of Altantuyaa Shariibuu.

* and that's why when Siril and Azilah Hadri were found guilty and sentenced to death, many Pakatan supporters voiced their continuing dissatisfaction with that verdict. Look, they will never ever be satisfied until Ah Jib Gor is pronounced as guilty of Shaariibuu Altantuyaa's murder, regardless of evidence, facts or the truth, wakakaka.

And if they can't get him directly, they'll want to get him through his Big Mama, wakakaka.

All these started ages ago when the G.A.N (Gerakan Anti Najib) campaign was launched. 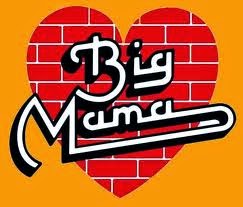 In my readings of the various available articles and news reports, I could not find a single shred of evidence of Altantuyaa harassing Najib, or waiting outside his (DPM) house to pounce on him. All I gleaned from those was Altantuyaa going after Razak Baginda, her former lover (or even alleged hubby).

Quite frankly, after reading the readers' comments in Malaysiakini on the judge’s dismissal of charges against Razak Baginda, such as “The 2 policemen had no motive to murder Altantuyaa” ... and ...

... as someone commented in my last post in Exploiting the murder of Altantuyaa Shariibuu that “The UTK goons who were convicted were just the idiots who shouted 'Aye Aye Sir' and carried out the orders. Who gave the order to drop the bomb?”, ...

... I came to the conclusion that even if the judge had called Razak Baginda to give his defence and he was subsequently found guilty, those baying out for blood would still not be satisfied.

No sirree, as mentioned above, not with Razak Baginda or even those already ‘found guilty’, namely Azilah Hadri and Sirul Azhar.

Those Malaysiakini readers want Najib’s head. They want him not just as an accessory to the murder (in helping Razak Baginda) but as the murderer.

Why? I suppose we could ask: what's their motive? Wakakaka.

To end this post, I am seeking the help of an ancient Chinese to help me conclude my piece about a possible motive. Kǒng Zǐ or Confucius said that “A picture is worth a thousand words”, so please have a look at the following pictures (or photographs). 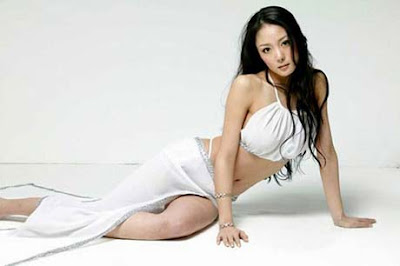 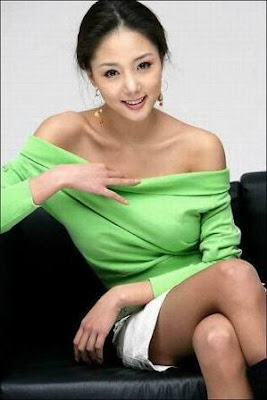 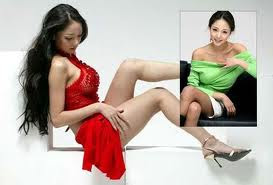 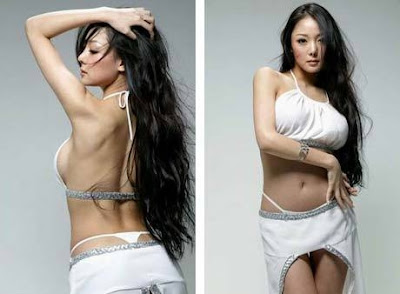 [please note that in my original 2012 post I had mistakenly posted above photographs as those of Altantuyaa, when actually they were of South Korean model U Nee, but nonetheless I continue to use them here as we have been often told that Altantuyaa was no less beautiful, and thus to make a point with Confucius help]

Okay a quick revision, P.D. James said “All the motives for murder are covered by four Ls: Love, Lust, Lucre and Loathing.”

But I don’t suppose any of above photographs can answer the comment in Malaysiakini: “The 2 policemen had no motive to murder Altantuyaa” even with P.D James' advice?

Okay then, in that case I might recall for readers the sad murder of another equally beautiful woman, namely, Canny Ong, whose murder can be read here, here and here. 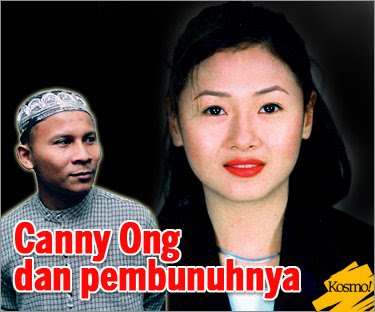 So having arrived at the end of my rather long-ish post, as promised I would now like to ask Mahfuz Omar what was the motive in the rape and murder of Canny Ong?