The missing man in the Altantuyaa story

I am very attracted to the FMT news article Deepak: PI Bala and I on the same team where Deepak aims, together with brave Perumal Balasubramaniam, to reveal the "truth” behind the 2006 murder of Altantuya Shaariibuu. 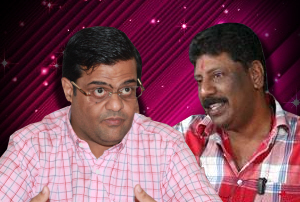 After all, they are the new G-Ds of "truth" as I had posted in Age of Gemini?

We gather the two new G-Ds of "truth" will team up like the Ashwini Kumaras who incidentally were doctors to other gods, and from that Hindu belief we may presume they could "doctor" stuff for a healthier life for other G-Ds. Marvellous.

But why leave the G-D team members at only two. More should be better where they could then be like the League of Super-Heroes.

If I'm not mistaken, what had led the world's most courageous private investigator into issuing his famous or notorious (take your pick) statutory declaration (SD), which,

... coincidentally during a period of allegations of sodomy, alleged Najib Razak did it to Altantuyaa in her behind with the late Mongolian expressing her delight at that (all according to Perumal Balasubramaniam's 1st SD), ...

... started in Fogles pub and then The Backyard pub in Sri Hartamas when Malaysia's very civic-minded lawyer Americk Singh Sidhu, Balasubramaniam, ASP Suresh, Puravalen (another lawyer) were having a few drinks and discussing the Altantuyaa case. 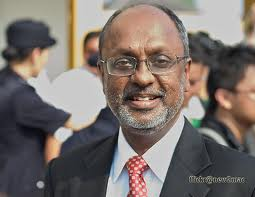 Apparently after hearing what Balasubramaniam had to offer, ...

... Sivarasa (remember, he's coincidentally the PKR MP) 'suggested' that Balasubramaniam get ‘someone’ neutral to record everything down. What a wonderful suggestion!

And coincidentally, that neutral 'someone' was Malaysia's very civic-minded lawyer Americk Singh Sidhu.

In fact it had been Malaysia's very civic-minded lawyer Americk Singh Sidhu who assured us that he was nominated because he was coincidentally the one lawyer who did not have an agenda in this matter (presumably the Altantuuyaa case).

And if you are thinking of blaming Anwar or suggesting he had something to do with Balasubramniam's SD, please don't bother because coincidentally Malaysia's very civic-minded and a 'neutral' lawyer Americk Singh Sidhu had 'cleared' Anwar Ibrahim from that.

If I recall, it was on 26 Nov 2009 that we read Malaysiakini's PI's lawyer: 'Anwar not behind Bala tapes' which led me to post Bala's SD - Americk Sidhu clears Anwar Ibrahim from involvement.

“… Anwar had nothing to do with the release of the first SD except to deliver a speech prior to the press conference at the PKR headquarters last July. I have had no communication with Anwar at all, and neither has he or any PKR member tried to contact me.”


Then, I was greatly comforted by Malaysia's very civic-minded lawyer’s assertion, though I was somewhat puzzled, just a tad though, that despite having no communication with Anwar or any PKR member whatsoever (except of course for a coincidental encounter with Sivarasa Rasiah at ‘The Backyard’ pub and Anwar Ibrahim at the press conference) Mr Americk Singh Sidhu was able to further assert:

“… Many people think Anwar Ibrahim is behind all this. That is absolutely untrue. Anwar has no idea about this whole episode except what he may have read in the blogs and on Malaysiakini.”

In my post I had commented that I was (coincidentally) in a somewhat similar position as Americk, sharing with him a status where I too coincidentally “…have had no communication with Anwar at all, and neither has he or any PKR member tried to contact me”, indeed wakakaka.

Thus I too would definitely not accuse Anwar Ibrahim of being behind Balasubramaniam’s 1st SD ... Absolutely NOT!

But precisely for that very reason, that I was and am not in communication with Anwar wakakaka, I wouldn't be able to claim whether Anwar was involved or not involved.

But strangely but most wonderfully (coincidentally?), Malaysia's very civic-minded lawyer Americk Singh Sidhu was able to, proving he must be a better man than most, especially me, dungu kaytee.

UPDATE: as we currently know, Mr Americk Singh Sidhu has since reported to the Bar Council the alleged naughty involvement of Cecil Abraham in the drafting of Balasubramaniam's 2nd SD.


While on the 2nd SD, Malaysia's very civic-minded lawyer Americk Singh Sidhu informed us that he "... was absolutely flabbergasted" by the 2nd SD, meaning he wasn't aware that Balasubramaniam was going to issue a second SD.

But then, if he didn't know Balasubramnaiam was going to make a 2nd SD, how could he (Malaysia's very civic-minded lawyer Americk Singh Sidhu) then know, let alone assure us that “… no one is paying Bala to recant in his 2nd SD” ...

… in exactly the same way as he had assured us Anwar had nothing to do with the release of the first SD despite him (Malaysia's very civic-minded lawyer) having no communication whatsoever with our Great Leader or any PKR bloke (other than PKR MP Sivarasa Rasiah in 'The Backyard' pub), yet somehow knowing the non-involvement of Anwar. Coincidences?

UPDATE: as we currently know, Mr Americk Singh Sidhu has since reported to the Bar Council the alleged naughty involvement of Cecil Abraham in the drafting of Balasubramaniam's 2nd SD ...

... who he had originally (also) assured us was not the lawyer behind the drafting of Balasubramnaian's 2nd SD, and had already cleared Cecil Abraham from that.

Though my uncle once told me I was a smart boy, I know I was not and still am not, thus don't blame me for being totally confused by the above. Maybe I just have to attribute those (what I perceive as contradictions) to pure coincidences.

But Malaysia's very civic-minded lawyer Americk Singh Sidhu gob-smacked me with the reason for his assertion (of Arunalpalam not being the drafter of the 2nd SD), by stating: "We now know Arunalpalam didn't draft or prepare that second SD. Deepak has said so."

Of course not, not when you have it in clear unambiguous emphatic terms that "Deepak said so!"

The new G-D had thus spoken, and thus must be believed. Maybe in a previous incarnation, Deepak belonged to the 'noble' profession of lawyers?

Anyway, we arrive at the point I want to make on the League of Super-Heroes, the one hero who might be able to help clarify or enlighten us on the 'truth' behind the Altantuyaa case.

Lamentably until now, he has somehow slipped repetitively beneath the radar, mind you, through no fault of his but our negligence - no coincidence. Yes, I'm referring to none other than our dear Yang Berhormat Encik Sivarasa Rasiah (PKR).

Sivarasa has been coincidentally one of the common denominators in both SD's, the second case only indirectly by virtue of him acting as Mr Deepak's lawyer (a most noble profession).

By leaving dear YB Sivarasa out of our League of Super-Heroes, we have missed out on the "truth" about the 2nd SD and how a courageous private investigator who spent months with Malaysia's very civic-minded lawyer assessing the issues, reflecting on the impact and consequences, courageously going ahead to carefully draft a SD condemning one of Malaysia's most powerful politician and then, ...

... presumably after again assessing and knowing the risks involved, releasing such damning allegations against the (then) DPM, ...

... could, within a mere 24 hours, retract his allegations via a 2nd SD ..... because he suddenly became afraid?

One of the mysteries of the circumstances surrounding the SD's or just a series of coincidences?

Yes sir, we have been grossly remiss in not appealing to YB Sivarasa Rasiah (PKR MP) for more information, thus missing golden opportunities to probe deeper and more substantially into the circumstances surrounding the SD's.

We should rightfully have him enlighten us, right from the case's very Genesis in a Bangsar pub (initially Fogles, then The Backyard).

Malaysia's very civic minded lawyer, a very neutral person, has done his part, from helping Perumal Balasubramnaiam draft the 1st SD, to clearing Anwar Ibrahim from complicity in the SD, to clearing Cecil Abraham and Arunalpalam  (both belonging to the 'noble' profession) from being the drafter of the 2nd SD, introducing us to the true words of Deepak Jaikishan (a la "Deepak said so!"), and condemning Najib as being 'linked' to Bala's disappearance.

On that last point about Najib being linked to Bala's disappearance, that Balasubramaniam since his 2nd SD has been in and out of Malaysia on a number of occasions, and now appearing again in Malaysia to campaign (coincidentally) for PKR must be coincidences.

Yes sir, we definitely need YB Sivarasa Rasiah to team up with Deepak Jaikishan and Perumal Balasubramaniam to reveal “the truth” behind the 2006 murder of Altantuya Shaariibuu, and not just how the late model liked it when Najib went into her behind, ........ all supposedly according to what she told Najib who then told Razak Baginda who then told Balasubramaniam who then told us.

Of course if Malaysia's very civic-minded lawyer wants to offer his participation, we would enjoy a wonderful foursome possessing valuable information.

Maybe then a 3rd SD?

Email ThisBlogThis!Share to TwitterShare to FacebookShare to Pinterest
Labels: sivarasa