The Malaysian Insider - PKR banks on ex-deputy minister to win back Wangsa Maju reported (extracts only):

PKR is banking on a former deputy minister to take back the Wangsa Maju urban constituency needed to seize federal power in Election 2013.

Former Deputy Minister Land and Cooperative Development Datuk Dr Tan Tee Kwong had started reconnecting with the voters to increase his profile on the ground since incumbent Wangsa Maju representative Wee Choo Keong quit the party in 2010 and turned Independent though pledging support to the Barisan Nasional (BN) federal coalition.

In a previous post Sandiwara of a python (a PAS python, that was, wakakaka) I had written about him in relationship to a sickening seditious SMS episode in Perak where a cowardly mufti, after his SMS lie which nearly caused a religious riot, attempted to shift the blame to a Muslim woman Raja Sherina, as follows:

Shortly after that SMS wildfire fabrication, SIS programme manager Norhayati Kaprawi said: “This is not the first time the mufti has made careless statements and allegations.”

She cited a number of previous statements made by the mufti, including in February [2006?] where he claimed that between 100,000 and 250,000 Muslims had renounced Islam.

She added: “To date, he has not been able to substantiate these claims, except to merely state that these were obtained from ‘reliable sources’.” [...]

Anyway, in that irresponsible seditious scandal of the wildfire SMS, FT Gerakan asked for the priest's sacking.

Guess who came to his rescue? UMNO?

As I posted in BolehTalk's PAS not seeing woods for the trees? in April 2007:

In PAS: Gerakan biadap I discussed PAS’ anger at the FT Gerakan’s resolution calling for HRH Sultan of Perak to sack Harussani Zakaria as the State Mufti for inciting religious agitation and hatred, with potential dire consequences.

I raised the query as to the total absence of any move by Muslim political groups*, both in government or PAS, to call the seditious Mufti to account. The Mufti is a well-known for his extreme right wing views but his latest folly had been very dangerous to public security. He is a threat to society with his recklessness and irresponsibility.

* NGO Sisters in Islam was the brave exception

And disgustingly, he didn't even have the backbone of his religious conviction because when it was a case of accountability's push becoming a shove, he blamed a woman to avoid answering for his own responsibility for the lie.

But the FT Gerakan has now back off from the resolution, claiming it was only a personal view of Gerakan FT chairperson Dr Tan Kee Kwong. The Star has also clarified that it carried an erroneous report. Obviously the Barisan Nasional has kicked into play Ops Retreat as Islamic issues could well be damaging to UMNO’s battle for the Malay heartland in the coming general election.


But PAS sensing it has a political winner intends to draw out the issue for as long as possible and for every sweet drop of political propaganda, calling for the FT Gerakan and Dr Tan to retract the resolution and issue an open apology.

So it's hardly surprising that PAS FT acting youth chief Kamaruzaman Mohamad said the party would still press for Tan to retract his remark despite the clarification by the Star.

He stated: “Whether or not the call came from a resolution or Tan is now irrelevant. The remark should not have been made. He has no entitlement to that remark.” He also made a police report.


Now, this is where PAS showed its double standard when Kamaruzaman, with great irony that he obviously didn't realise, remarked:

“This is a sensitive issue among Muslims that can stir discord among various groups.”

Yes, but what about that Mufti who nearly caused a racial riot with his irresponsible rumour-mongering?

That was then when Dr Tan was in Gerakan but today Dr Tan could possibly be PKR's candidate for Wangsa Maju. 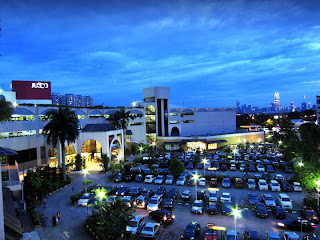 The question that needs to be asked is: "Will PAS accept Dr Tan as a Pakatan ally, a man who once had appealed to HRH Sultan Perak to sack that cowardly and seditious mufti, and whom PAS considered to be interfering in Muslim affairs?" wakakaka.

Not that I had ever supported PAS (specifically PAS FT acting youth chief Kamaruzaman Mohamad) in that stupid PAS double standard in not only abstaining from criticising the mufti for his sinful and seditious lies but in moronically defending him, but I would now love to hear them explain how they view Dr Tan as possibly one of their allies' candidates for GE-13.

I underline the word 'possibly' because the PKR inner coterie (the inner secret cabinet of Anwar-Azmin comprising former UMNO-ites and cronies - even Tian Chua isn't in it) hasn't yet given their approval of Dr Tan.

Apcet II giant destroyer Saifuddin Nasution dodged around the question with a “Dr Tan was given the responsibility to restore the party s image and strengthen the election machinery. The possibility of him contesting in Wangsa Maju is there”, while his inner coterie mate Nik Nazmi Nik tap danced through the political tulips with a “A full decision is yet to be made but that's it ... maybe Tan will contest that seat.”

If I were Dr Tan, I wouldn't count my chickens yet, not with such prevarications by the Anwar-Azmin's inner coterie. Even Khalid Ibrahim is on tenterhooks in awaiting the decision on his GE-13 candidature from the inner coterie.

But assuming he becomes the PKR candidate for Wangsa Maju, will PAS support him in the campaign and election, or will PAS still maintain its support of the mufti, where I had written in my post Sandiwara of a python as follows:

And hasn't it been divine-decreed padan muka for PAS when in mid November 2012 the SMS Priest had the thick hide to pontificate about the what should be done or not done by Muslims (did he exempt himself?) and then accused Pak Haji Nik Aziz of being slanderous for branding UMNO as apostate?

I would dearly love to see PAS tap dance (or pogo pogo) around this issue of 'then they loved the sms lying mufti, and now they don't' in regards to their possible new Pakatan ally Dr Tan, wakakaka.

And that Dr Tan has left Gerakan to possibly stand as a PKR candidate is also fitting padan muka for Gerakan for being the sycophontic UMNO slave, nothing more than a kowardly kniasu kowtow-ing kutu, for not standing firm in support of Dr Tan when he correctly appealed to HRH Perak to sack that seditious priest.

And in closing, just a reminder that Chandra Muzaffar had advised PKR never to take in a politician who left or was sacked by another Pakatan ally - thus, hasn't he been correct about a person like Wee Chong Keong?
Posted by KTemoc at 11:19 am