The Last 'Raja' of Penang

The above article by The Malaysian Insider tells us that Koh TK, former CM of Penang and current party president of the once-mighty but now-castrated Gerakan, lambasted Utusan for sneering at Gerakan and demanding that UMNO takes over the CM seat if BN wins the next State election.

Utusan has not been wrong insofar as the BN side of the story goes. Indeed both Gerakan and MCA have become extinct political species in Penang since March 2008, though lately, like most chooks about to be once-and-for-all-times decapitated, have been making noisy squawks.

Most voters know Penang's current political status quo won’t change much after the next state election. Thus Utusan has been correct in demanding the CM position for UMNO, should the BN (meaning UMNO and a slim likelihood of MIC but definitely minus Gerakan and MCA) emerges as the party with the majority of ADUNs.

Perhaps UMNO has already targeted some frogs to enhance such an eventuality.

Perhaps UMNO is, as some say, preparing to get into bed with the DAP to form a new ruling coalition in Penang, by removing the embarrassing (and jealous) Gerakan and DAP.

Once a mighty party, then touted (after the 1969 GE) as the ‘next’ ruling federal party, Gerakan made the mistake of joining BN (effectively UMNO).

While the circumstance (political, social and most important of all, economic) at that time convinced Dr Lim Chong Eu to join BN or see Penang wither like a dried-up rambutan on the limb that a hostile BN government would likely have left it ... fair enough, the party unfortunately failed to assert its 1969-acquired political dominance in Penang, surrendering meekly to UMNO as the latter deviously and gradually sliced off its constituencies as allocations for a then-extinct MCA.

Side-note: Yes, MCA became an extinct species in Penang twice, in 1969 and 2008, but was resurrected in Penang, principally to weaken Gerakan.

The outcome of UMNO’s manipulation post 1972 was a divided Chinese political base in Penang, when a Gerakan minus MCA or even a combined Gerakan-MCA numbers would have overwhelmed UMNO in numbers, but as individual and mutually antagonistic parties (and UMNO ensured that by its British-taught ‘divide & rule’ strategy), Gerakan and MCA made UMNO by default the biggest component in the Penang BN.

All I can say to Koh TK is ‘padan muka’ though Lim KY and even Dr Lim Chong Eu must share the blame for Gerakan's castration by UMNO a la the death of a thousand cuts.

Mind, many Penangites (including people like my family) should also be criticized for supporting a loser in Gerakan. For years, under Koh TK, the UMNO DCM was the de facto CM, so the Utusan comment merely brought matters into clearer perspective. The only reason UMNO dared not insist on the CM's position outright was its fear of driving Gerakan and MCA into each others' arms, a situation UMNO didn't and still doesn't want - remember: 'divide & rule'.

Two – having said that, not trusting or getting into bed with UMNO doesn’t mean that DAP can’t work with the UMNO on a practical basis, either at state or federal level, though this cooperation is unlikely with a weak UMNO President-PM. But whatever, whichever, whenever, however, the DAP must never ever allow UMNO to persuade it to join BN.

But, I’m not sure what or how we can advise Koh TK to do. And should we, considering he went into Parliament via the back door which he swore he wouldn’t do prior to the 2008 GE? I used to call him disparagingly as 'Raja B....', but after he handed over the reins of Penang to Lim GE in a gentlemanly manner, I promised not to call him that again. 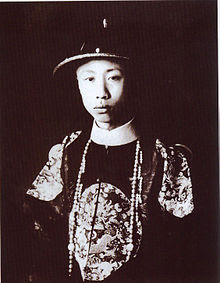 
But as 'Raja', he’s like one of those medieval Chinese emperors at the end of his dynastic line, as The Last Emperor, not unlike Puyi, the last Chinese Emperor, who was a puppet under the Japanese, just as Koh as Penang CM had been one under UMNO.

As a Penangite I shed a tear or two for the once-mighty Gerakan which somewhere between 1969 and 2008 lost its soul, forgetting its 'satu hati' promise to the rakyat. 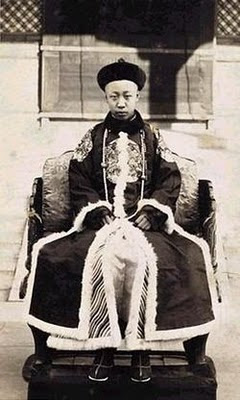