Circus back in town

The news report has not been favourable to her as an ADUN, stating:

KAJANG, April 29 — Voters in Permatang Pauh wondering if Datuk Seri Dr Wan Azizah Wan Ismail can serve two constituencies simultaneously need only take a look at Kajang, where locals are asking if she is able to serve even one.

Grouses by constituents met here by Malay Mail Online suggest that there is credibility to claims that the PKR president would be stretched to cater to the interests of both the Selangor state and Penang federal constituency satisfactorily.

According to some, her performance in Kajang alone was already wanting even without the possible distraction of being MP in a state hundreds of kilometres north.

“She is a sleeping YB. Never comes here, unlike Cikgu Lee,” said Koh Hong Toong, referring to former PKR lawmaker Lee Kim Sin who won in Election 2008 but was dropped for the unknown Lee Chin Cheh in Election 2013.

I feel sorry for her because she had/has never wanted to be ADUN for Kajang, having been unfortunately thrust into that role by the PKR outrageous Kajang Satay fiasco, which incidentally was supported by some DAP Chicken Little. 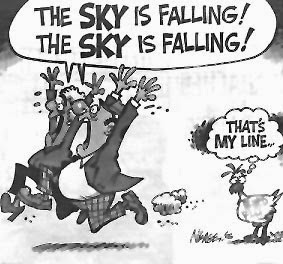 So, if she didn't do much for the people in Kajang or for that matter in Permatang Pauh when she was MP, that's only because she has merely filled in for her absent husband as a representative but not to the extent of meeting the accompanying responsibilities of one.

It's known she was never enthusiastic about being an MP, only taking up the federal constituency of Permatang Pauh for her husband who was jailed after being convicted of Sodomy 1. Her hubby, even when freed by AAB, was far more interested in BIGGER stuff, such as returning to the Great Mothership rather than seriously serving as a PKR MP.

Dr Wan Azizah is a good Muslim, only wanting to fulfill her wifely and motherly duties. She really isn't interested in being an ADUN or MP. And she only became one of each because of her wifely duties.

Indeed, mid last year I wrote The super sub, in which I penned:

... and let's not deny or pretend not to know that was nothing more than a political manoeuvre to mainly satisfy PKR's internal leadership struggle. Thus she is expected to sub for Anwar as the next Selangor MB ... 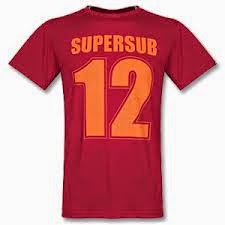 Her heart is not in her job whether as ADUN or MP. But what is unacceptable has been the pathetic negligence of her party, PKR, in failing to support her in her ADUN duties. Why couldn't PKR ensure someone or more from the party administer her ADUN duties for her in Kajang?

Indeed there have been accusations that she was not even a good MP for Permatang Pauh which saw no or few developments. Again, we need to ask what had the PKR branch in PP been doing?

Why not put her daughter Nurul Nuha as an administrative-political manager in Kajang, serving on her behalf (as a de facto functioning substitute) for the people in that state constituency?

Now, that would have been good training for sweetie Nuha as a political intern to her mum (or a Pak Cik in PKR, say, like Tian Chua? wakakaka), instead of attempting to leap-frog the inexperienced sweetie into some far more prominent and trying position.

That seems to be the problem with the Anwar family, impatient for BIG issues but not interested in the more mundane but far more difficult nitty gritty duties.

If we were to excuse poor Dr Wan Azizah the known reluctant politician, to me it seems the Anwar family, is only interested in power play and manmanlai circus show, such as Nurul Izzah asking for her convicted father to vote in Permatang Pauh, rather than solid substantial street work for their constituencies.

Nurul Izzah certainly brought the Anwar Family's circus show into town when she proposed for her dad to vote. She shows she doesn't know the rules, but she certainly does have the manmanlai DNA.

Yes sir, protests, street rallies, brouhaha, circus show in town, all very manmanlai. But couldn't PKR at the very least stand someone other than a member of the Anwar family in Permatang Pauh? Why keep recycling an already known reluctant politician? It only shows PKR as a single issue party, one for the promotion of Anwar Ibrahim (or a member of his dynasty).