Leng chai is mighty pissed off. In Malaysiakini's KJ sees red over 'non-bumi' job ad, a firm was reported to have advertised its preference for a non-bumi to assume a post of production engineer in Tikam Batu, Kedah. 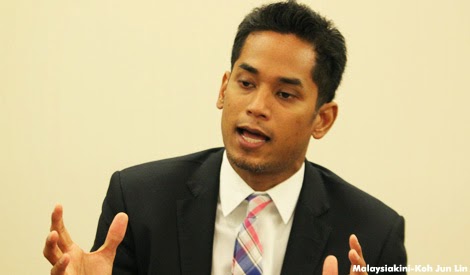 Though leng chai was initially provided with a doctored version of the advertisement a la char koay teow with plenty of chillies, the original version was ascertained as "Preferably non-bumiputera encourage (sic) to apply."

Leng chai has been absolutely correct in saying "Well, the actual ad isn't much better."

Kaytee believes it's terrible to marginalize qualified and capable candidates from applying on the basis of race, gender, religion (beliefs) or political affiliation. It's racist and discriminatory.

Okay, looking from their lenses, let's take an extreme example: Would the Malaysian army advertise for and accept all Malaysian races as soldiers in the Royal Malay Regiment? For example, military regiments in Britain such as the Scots Guards and Irish Fusiliers today aren't from only those named ethnic groups.

Would UiTM and the various other universities advertise for and accept for their respective Vice Chancellor positions Malaysians without ethnic considerations?

Anyway, I suspect or speculate whoever made that terrible advertisement for a non-bumi to be its production engineer might be thinking: WTF, "they" are doing it anyway!

But kaytee believes that's not correct to 'follow' the other side if the other side has been doing it wrong. As my mum used to shout at me (after gifting me with a couple of tight slaps, wakakaka) whenever I argued that my cousin did it first (something naughty of course, wakakaka): "He ate shit, so you want to eat shit too?"

There's no denying there's enormous discriminations going on in Malaysia especially in jobs, university places, etc. I needn't delve too deeply into this as most of you probably know the current situation better than me, wakakaka.

Even if the job of, say, that production engineer involves the processing, packing and cold storing of pork for export or sale locally, the advertisement must not rule out bumiputeras from applying as some bumiputeras (Sarawak/Sabah natives and our Peninsula Thais, now classed as bumi too) are Christians or devotees of non-Islamic religions like Buddhism or Hinduism. 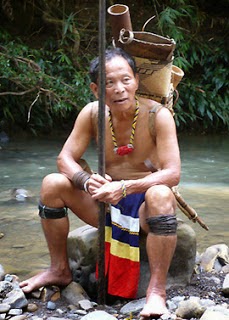 And WTF, if a qualified Muslim wants to apply, that's entirely up to him or her. I remember my vet in Kedah who attended to the health of my dog for years was a Malay. In fact most of the staff in the veterinary department were (are?) Malays.

Maybe the ad can at best state, as an informative courtesy, that 'the job will involve the processing, packing and cold storing of pork for export' etc. Then it's up to those qualified and interested to apply or not to apply.

However, I disagree with what was also reported in the same article by one complainant grumbling to leng chai about "Banyak je iklan 'mandarin speaking’ is an advantage" (There are many job advertisements where it is stated that speaking Mandarin is an advantage).

Some jobs do require language skills. Besides,  I know there are many Malays who are fluent not only in Mandarin but also Cantonese and Penang Hokkien - they put me to shame lah. For example, Najib's son is known to be fluent in Mandarin. Malu ai lah!

So the complaint that job advertisements requiring fluency in Mandarin, let alone those just saying 'speaking Mandarin is an advantage' (advantage only, not mandatory) is not a valid point.

And if challenged, the onus should be on the advertiser to show that fluency in Mandarin is indeed a requirement (or an advantage) for the advertised position - eg. journalist or editor of a Mandarin language newspaper, tour guide for Chinese tourists, manager based in Shanghai, or beh-koh-eoh salesperson, wakakaka).

This reminds me of Uncle's friend in New Zealand who related the following story to him:

A Kiwi sweetie went to South Korea as an English teacher. While there she was shocked by some local (Korean) job advertisements for English language teachers which blatantly said that non-Caucasians need NOT apply, wakakaka.

Such racist ads would NOT have been allowed in New Zealand or Australia, au contraire the authorities would be going after the person advertising such racist discriminatory job descriptions.

A wee digression - Those Koreans dungus weren't aware that some Asians speak better English than many Caucasians (Poles, Serbians, Ukrainians, Italians, Hungarians etc are Caucasians too - and not all Europeans speak good English as compared to some Indians, Pakistanis, Malaysians, Sings, Hong Kongers, etc).

The joke was, Unc's friend said, that Kiwi sweetie possesses such a terrible Kiwi accent that even the English or Americans would have great difficulty understanding her speech, let alone those Koreans - a case of the ignorant learning from a poor example of an English teacher, wakakaka. I wonder how she managed to last for almost two years there.

David Killick, a Kiwi freelance journalist wrote in a post on his website the following example of the Kiwi twang:

Gidday. Air gun?
(Good day. How are you going?)

The New Zild axsint: Uzza toe kay? Or uzza chuss duffrunt?”
(The New Zealand accent. Is it OK? Or is it just different?)

Then Killick narrated what I thought of that Kiwi sweetie in South Korea, as follows:

“Here she was, this gorgeous woman on the international stage, and she was asked what she would like to do, and she said something like, ‘I’d like to go to Efrica? To hilp the chuwdren learn to speak Unglush?’

Wakakaka, ands that should have been applied too to the Kiwi sweetie in Korea.

But leng chai should know and accept that in Malaysia the discrimination game has been played horribly on both sides (by both Malays and non-Malays). Sadly in some cases, they were deliberate tit for tat or what's good for the goose should be good for the gander.

Now by contrast, take the example of an Australian advertisement in Hobart a couple of years ago that went like this: "Store requires no indians or asians please. Must speak english (sic)".

The first protests or attacks against the ad was from the community (most of whom are European Australians) - that's the hallmark of an advanced civilised society. News.com.au reported:

The advert, on the Gumtree website, generated outrage on social media sites, with calls for people to boycott the store and lodge complaints.


"Which supermarket is this so I can boycott them?" one Facebook user said.

"What planet are they on?", asked another.

The job ad was later removed from the site.

A Coles spokesman yesterday admitted the advert had been posted by a contract company responsible for cleaning its Rosny store.

"The ad was placed without Coles' knowledge and we were extremely concerned to learn of the ad and its contents," spokesman Jim Cooper said. 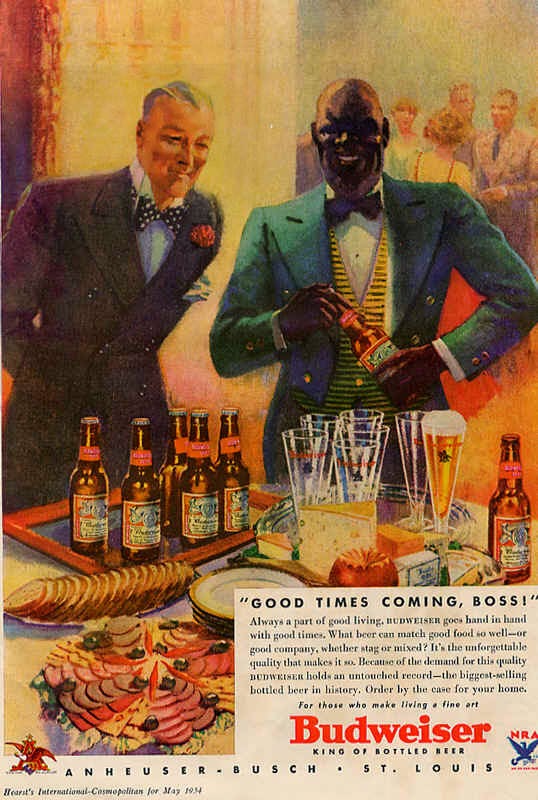 Not only was the contract company in deep shit but the website owner was as well. ABC news reported:

Tasmania's Anti-Discrimination Commissioner, Robin Banks, has launched an investigation into the advertisement.

"It's clearly racially discriminatory and in a very important area of life for many people - the opportunity to work," she said.

Ms Banks said she was surprised when she read the ad, but that she knows racism happens.

"It's why we need to be alert to speak out about it when we see it quite so overtly," she said.

"The risk is that this is a very overt indication of somebody intending to discriminate, but I guess it's possible also that there are people who apply the same filter but don't advertise that they're going to do that."

Ms Banks says anyone who feels discriminated against by the ad could lodge a complaint and potentially fight for an apology and damages from both the advertiser themselves, and the publisher of the ad, Gumtree.

"Under anti-discrimination law in Tasmania it's unlawful to advertise or publish or to display or cause or permit an ad to be published," she said.

"So in this case Gumtree may have some liability."

A quick search of the Gumtree website reveals this is not the only advertisement that seems to discriminate.

Discrimination is apparent in more job ads, as well as ads for share housing.

Gumtree declined our request for an interview.

Taking about ads for share housing I am reminded of a movie called 'Single White Female', starring delicious Bridget Fonda. 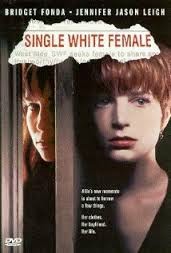 I have been told by friends who lived in Fiji for years that such blatantly racist advertisements were fairly common, particularly by Indians there. Apparently some Indian landlords didn't want to rent out rooms or houses to the Fijian bumis.

But it's not always white bias as we can see from a Daily Mail report about an ad in 2010 which stated: 'Minimum six years of experience in IT . . . The person should be a UK citizen with security clearance from the UK Government. Preferably of Indian origin.' 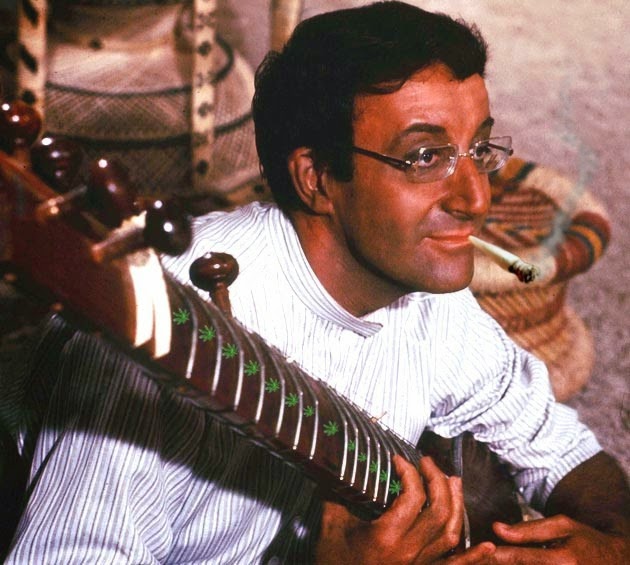 Needless to say, the UK authorities went after the advertiser.

Well, WTF can we say except to jaga our own standards of not falling into a racial rut. Thus I support leng chai's (Khairy Jamaluddin's) condemnation of such racist advertising but at the same time I call upon him to lift our Malaysian game above blatant racism, especially from the BN-led government.

The government must provide the example as per the 1982 slogan of Dr Mahathir, 'Leadership through example'.