… in other words, Chinese whispers though the saying has nothing to do with the Chinese, but means that like the fish that got away, the exaggerations get bigger with each telling.

And I am talking about the Altantuyaa-Najib long tale.

If we give it another few more months, we’ll eventually hear of Najib Razak personally plunging his keris into Altantuyaa’s heart while shagging her – yes, that’s what I predict the anti-Najib story will grow into.

When I read Malaysiakini’s Altantuya and PI Bala: A story that won't sink I thought to myself: “Oh no, not another of those fishes that got away!”

For example, the statement “Altantuya's cousin testified that she had seen a picture of Najib together with the dead woman. However, she was quickly hushed by both defence and prosecution lawyers and the picture has not been produced. Why?” has obviously grown from the original report by Malaysiakini’s journalist Soon Li Tsin. 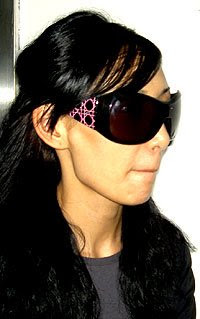 This was what she (Burmaa) said, according to Soon Li Tsin: “I know why she wanted to see Razak Baginda - I have seen pictures of Altantuya with Razak and a government official.”

“She (Altantuya) was having a meal at a round table with Razak (Baginda), a Malaysian government official and other people.”

It was only when my hero Karpal Singh, who is holding a watching brief for the deceased’s family, posed a question to her on the identity of the ‘government official’ that she replied: “I remember the name Najib Razak, they had the same name, ‘Razak’. I thought they were brothers. I asked her (Altantuya) if they were brothers.”

From here I gather two things:

(1) She remembered the name ‘Razak’, and I suspect, probably not 'Najib'. To her, Razak Baginda was with a ‘government official’. If she remembers the other man as ‘Najib Razak’, surely she would have said so in the first place.

Was there a French dinner for the three?

Did Najib screw Altantuyaa in her belakang as alleged by Balasubramaniam in his SD (Najib’s masuk belakang suspiciously/coincidentally after Anwar had a 2nd charge of sodomy lodged against him)?

Frankly, I don’t know because there is yet nothing substantial to provide some form of support for the above allegations.

In fact, Bala’s post-SD reporting to the police station, most implausibly without a lawyer for such a momentous event following the PI’s lodging of a scandalous incriminating SD against the nation’s DPM about the latter's sexual involvement with the murdered Mongolian model, etc …

Hey man, you lodged a SD against the nation's No 2 most powerful man, alleging you've heard he was giving it to the murdered Altantuyaa's in her behind, and you went to a police station all ALONE to answer police queries about your flaming SD?

… his 2nd SD withdrawing the first SD, implying he was under pressure from the Najib camp (real or staged) and …

… have made Najib look really bad.

All together, they seemed just too neat, too convenient, too suspiciously finger pointing at Najib …

To summarize, the report in the French newspaper Liberation has nothing new on the murder other than, as I mentioned, the (alleged) grubby details of the tragic moment during the shooting and how Altantuyaa had allegedly pleaded for her life … but nonetheless still hearsay.

But try telling that to the G.A.N or PKR supporters ;-)

As I have oft written: I am against fabricating lies to attack someone politically, whether it’s the ’50 dalils mengapa Anwar boleh menjadi PM’ or the Tian Chua fabricated photo of a ‘French dinner’ or a salacious extrapolation of a photo of one sleeping sweetie ADUN, or embroidering the story of Altantuyaa in her so-called relationship with Najib when it’s obvious Razak Baginda was her lover or husband, and Baginda was the man she was harassing.