Stranger in a strange land

Tonight I am not feeling well enough to continue the 2nd part of The necessary demonization of Lee Lam Thye - I may do that tomorrow when I feel better – 24 hours reprieve for He who walks on water ;-)

Instead I want to just comment on the article of another Malaysiakini columnist, Helen Ang.

I used to be wary of Helen because some of her earlier views jarred with my ideology, until I read a couple of her previous articles where I discovered (1) why she named her column 'Z Sunday' and (2) she was quite sympathetic to the poor downtrodden Palestinians – I kinda fell in love with her then ;-) aw, I am just a over hopeful romantic.

Helen said (just an extract) of the lawyers’ march to Putrajaya in protest against the lack of government action towards the shocking revelation of the Lingam videotape:

To have had cautious Chinese even participate in last Wednesday’s walk is already a positive development. The Malaysian-Chinese ethos is best characterised by their catechism “Don’t get involved” … it’s what parents teach children and wives preach to husbands who show even a sliver of political activism.

But the real axis of Chinese existence resides in the mantra: “It’s the economy, stupid”

However frayed at the edges and broken at the seams the system is, as long as there is a thread left hanging, on which to make a half decent living, the Chinese will be prepared to stomach the malaise.

This malaise is the systemic rot in Malaysian institutions, both statutory and quasi-government (e.g. the mass media that is controlled and owned by ruling parties). The Chinese have mainly thus far been indifferent to their rotting surroundings, well at least in public but we don’t know what’s whispered at home.

Helen is correct of course where the older generation Chinese are concerned, but not so with the new generation.

Chinese Malaysians of an earlier generation still possess in their subconscious (meaning without even realizing it) the mentality of being still an overseas Chinese merely seeking his or her fortune overseas (that is, outside China). Their attitude is “why get involved when this isn’t our country!” not quite unlike the title of Robert A. Heinlein's book 'Stranger in a strange land'. 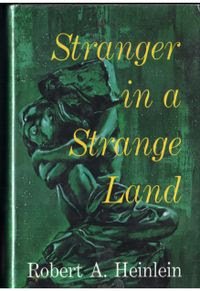 That lamentable perception is further fortified by the politically institutionalized quasi-apartheid in Malaysia, so the attitude progresses to “what did I tell you – this is not our country!”

When I was in London some years ago, a Scottish friend told me that his dad commented on the marked difference between British Chinese and British Indians (during his dad’s days), and why the Caucasian Brits were more at ease with the former.

Bruce’s dad said that the Chinese were not only apolitical but do not ‘take away’ jobs from other Brits - they tend to work around Chinese-centred industry, mainly private businesses. But to him, the Indians were far more politically active and were quite happy to take up public service jobs, much to the chagrin of those unemployed Caucasians.

Leaving the British Indians alone, it seems or seemed the Chinese in Britain were not any different to older generation Chinese Malaysians where there prevails in them a common mentality of being just temporary guests in a foreign land.

The new generation Chinese Malaysians are of course acutely aware that they are part and parcel of Malaysia and its history, and the existence of the politically institutionalized quasi-apartheid that I mentioned must be all that more frustrating, raising question of “am I a citizen of this country?”

Would that then take us (Chinese Malaysians) to the next stage of self query “hey, I am a bloody citizen here, so back off, will you!”
Posted by KTemoc at 6:58 pm