Discarding own culture and history?

Dr P Ramasamy, also DCM II of Penang, asked of Professor Mokhtar Saidin, apparently a prominent Malaysian archaeologist, and rather sarcastically if I may add, is there really No scientific proof of Hinduism-Buddhism in Bujang Valley?, this news article being published by FMT.

The tone of Dr Ramasamy's query (don't forget a rather sarcastic one, wakakaka) unhappily questions Prof Saidin's argument that in our famed Bujang Valley (as reported by FMT) animism rather than Hinduism or Buddhism was the dominant form of worship in Bujang Valley more than 2,500 years ago. Second, that Bujang Valley stands no chance of being gazetted by Unesco because there is no scientific research to date to verify that the temple ruins were Hindu or Buddhist structures.

Please read the FMT article yourself, but I wouldn't be wrong if I gather from Dr Ramasamy, and indeed I share his suspicions, that there is a gargantuan reluctance by Prof Saidin to admit Hinduism and/or Buddhism were practised in those ancient times in Bujang Valley.

Additionally, and perhaps because of this, there is also a home-grown reluctance to have a Hindu-Buddhist site gazetted by UNESCO, rather than UNESCO being reluctant to do so.

If Dr Ramasamy's (and indeed my) suspicions have grounds, then I really don't know why there is this local academic reluctance about admitting the Hindu-Buddhist heritage of Malaya, when virtually everyone knows that the founder of the golden Malay civilisation in Malacca was a Buddhist, namely, Parameswara, late of the Buddhist Kingdom of Srivijaya who scooted off from his Empire's capital in Palembang when Hindu Majapahit troops were hot on his heels. 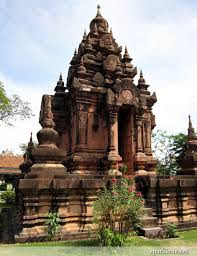 It was even said Parameswara did not convert to Islam as history books have it, though how would we know when that's hundreds of years ago.

The Indonesians have never been ashamed of their Buddhist-Hindu heritage, nay, in fact very proud of it. They still maintain and indeed flaunt their proud heritage, a simple everyday example being in their names such as Parameswara (obviously), Purnawarman, Prabowo, Kertarajasa, Soekarno, Soeharto, Megawati, Rachmawati, Ratna Dewi, Susilo Bambang Yudhoyono, Joko Widodo, Panggabean without the need to Arabise their identity in order to prove they are Muslims.

Recently there was an academic forum on the worrying Arabisation of Malays and Malay culture in Malaysia. Malay scholars suspected that one of many contributing factors to this cultural colonization has been some Malays' low esteem of themselves.

The Malay Mail Online reported in its Forum explores creeping ‘Arabisation’ among Malays that Self-loathing, ignorance and insecurity were among the main reasons for 'Arabisation' taking root in Malaysia’s Malay community.

Sociologist Syed Farid al-Attas was quoted as saying: “For some reason the Malays often feel very low about themselves. So when they ape the Arabs they believe they are the more authentic (Muslims).”

“What we are importing is not the faith but the practices and beliefs from a culture from Saudi Arabia.”

“So what it is actually is not Arabisation, but the salafisation or Saudi Arabisation process… this is dangerous as this narrow interpretation of Islam can undermine (the diversity) of our religion.”

Another historian Eddin Khoo said: ... that prior to the Arabisation phenomenon, the Malays were known for their ability to “internalise” Islam with their own culture. The result was a rich mix of identity that became unique to this region.

But much of it, like Kuda Kepang and Dikir Barat, have been systematically erased as the community became more eager to prove who is the more “authentic” Muslim.

There is an internal struggle within the Malays… Malay culture has become the victim of the battle between factions vying for control over who is more Malay (and Muslim).

He was referring to the political rivalry between nationalist Umno and Islamist PAS.

On this note, we should remember that PAS has banned the wayang kulit in Kelantan because of the cultural shadow-play's narration of stories from the Hindu Ramayana and Mahabharata. 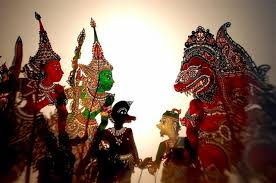 My fave person, Marina Mahathir, who was also a panellist at the forum, argued that one of the reasons why Malays want to appropriate Arab culture is because they ignorantly equate the community with Islam, whereas Arabs made up just 15 per cent of the world's Muslim population.

“Malays have this simple thinking that everything Islam is Arab. But there are so many types of Arabs in the region… so when we try and emulate Arabs, which one are we talking about?”

In my personal opinion wakakaka, the most notable (or notorious) of the Arabisation indoctrination has been the example given by one particular mufti on the required obedience of a exemplary Muslim wife who must accept her husband wishes even if to bonk on the back of a camel (why not a kerbau or a car?)