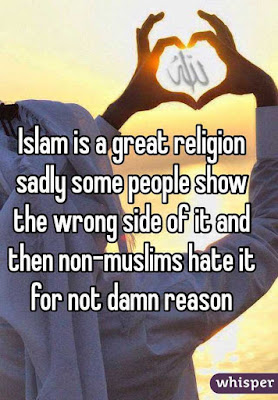 He said those who spoke out against or criticised the Bill did not understand why it was tabled in the Dewan Rakyat.

He also said that the Bill only involved Muslims.

“We brought the Bill to enhance the powers of the shariah courts so that they can impose heavier penalties for offences.”

He said these courts could now only impose jail sentences of up to three years, a fine of RM5,000 and six strokes of the cane.

I wonder why PAS and people of their ulama ilk love, lust and salivate to punish others as heavily as possible?

I recall when sweetie Kartika Sari Dewi Shukarnor was given 6 strokes of the rotan for yamsenging, the Islamic officers made a great show of demonstrating how light the caning would be, and the limiting extent to which the caning officer was permitted to raise the cane, and that the caning punishment was only symbolic, more about humiliating the offender so to make her/him repent rather than inflicting pain per se. 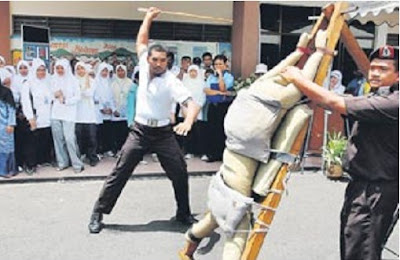 If that was the case, why then is there now a need to increase the hudud-ized flogging to as much as 100 lashes? And do you expect me to believe there won't be any pain involved?

If the aim is to shame the offender so as to make him/her repent, won't 6 strokes be as good (even better) than 100 lashes?

The underlying factor seems to be to punish, punish and punish as kau kau as possible.

We also know punishment usually follows prohibition and persecution (not prosecution), all on the say-so of the ulama, eg. reading the Quran must be in its original Arabic script, and that there will be greater merit for a Muslim in doing so than to understand what the Quran tells them to do so in any translation (into, say, Malay) of those script.

Really, is that what Allah swt wants of His human creations? To just read His divine teachings in Arabic even if the reader doesn't understand what He wants of the reader?

Did Allah swt say this? Who then said that?

Hundreds of years back, the Catholic Church used to do the same in Latin, thus preventing (deliberately or unbwittingly) ordinary Europeans and Latin Americans and other Catholics around the world from understanding the meaning of the biblical scriptures. Thus the priests were the sole link between their almighty and the ordinary people, by default holding and wielding enormous powers over the proletariat because of the latter's ignorance.

Invariably, lowly educated or/and young clerics or religious enforcement officers, given almost unrestrained powers, would sense an uncontrollable compulsion to prohibit, persecute (as mentioned, not prosecute, though that'd come subsequently), and punish - if anything, just to show their powers, and to invoke fears which they possibly mistake for respect.

That's right - punish punish and punish kau kau with enhanced powers given to syariah court officers until their victims quaked in holy terror, as was the case of the Qatif girl in Saudi Arabia.

She was a Shiite rape victim in Sunni Saudi Arabia. She was sentenced to 200 lashes of flogging after she was raped by 7 Sunni men, and when she wanted to appeal against her sentence, she was warned or threatened that her flogging would be increased if she did so.

That was the syariah court of Saudi Arabia. 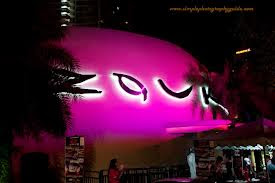 Another cruel example was the arrogant kiasu mentality of JAWI. Its victim was another sweetie. Seems those religious officers like to bully women, sweeties like Nik Raina, Aisyah Tajuddin and as mentioned Kartika Sari Dewi Shukarnor.

I wonder whether you remember the JAIS Gombak lechery case in 2006 - we read in NST about the lustful leery lascivious behaviour of a JAIS officer who caught an unfortunate woman for khalwat.

The poor sweetie had gone to JAIS office in Gombak the day after her embarrassing encounter with JAIS, in a vain hope to 'settle' the case amicably. However, she claimed she got more than she bargained for.

I wonder whether that binatang, a total disgrace to the good name of Islam, was ever charged in court? 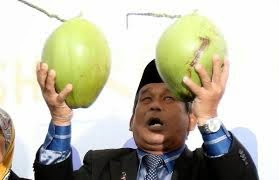 Her boss, Yau Su Peng, was quoted as saying: “I can’t help but wonder if that action was meant to further intimidate Nik Raina. She is understandably upset over this.”


Some people just cannot handle power, and as I have just mentioned, would feel an overriding compulsive and sometimes addictive need to exercise that power.

And as mentioned above, that’s exactly what occurred at the Zouk nightclub, where a religious departmental campaign to curb or stop un-Islamic, un-Malaysian behaviour, or that viewed as offensive to Asian values, degenerated into a disgraceful un-Islamic show of unfettered power and oppressive dominance by empowered officials.

Instead of counselling those young (and supposedly) social degenerates, the JAWI officials showed themselves to be degenerates when they arrogantly and lustfully exploited their position of religious power to humiliate and terrorize the victims. 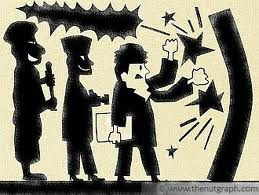 Their barbaric bad binatang behaviour is guaranteed to happen again because the system provides near unbridled power to officials who lack knowledge in depth, and intellectual capacity or good moral character to handle such authority. Abuses are likely to occur when power is not moderated by knowledgeable, high moral behaviour and scrupulous responsibility.

In such an innocent matter as unisex hairdressing in Kota Bharu, and tentative attempts to curb Chinese koe-tai shows in Kedah, non-Muslims have already felt the adverse impact of Islamic rules, so what can we anticipate or forecast will be the case of the more punishing hudud for non-Muslims?