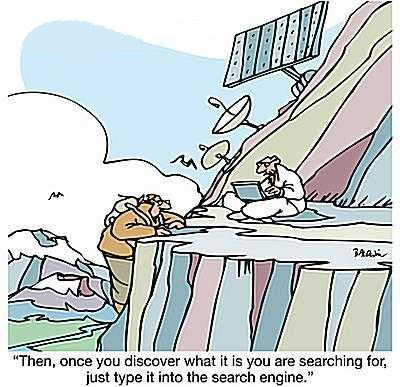 May I humbly and most respectfully draw your kind notice to the delightful news reported by Malaysiakini in its article titled Resort owner remanded over 'Buddhist meditation in surau'.

I must congratulate you, your super-patriotic Home Affairs Minister, the renowned IGP, the Johor CPO and the state religious authority for a unique bright spark in their most lawful and timely apprehending of potential violence, this standing out so magnificently amidst the gloom, doom and terror of a recent series of wanton shooting in Malaysia that we once thought only occur in Philippines and Thailand, but nay, which we have somehow manage to catch up with them. And given our stupendous gold standard Boleh ability, and also thanks to our pandai-bisa-diatur Police, our violence and occurrence of criminal gun-slinging actions will soon exceed our neighbours' hitherto meagre performance.

I am of course referring to the most commendable detention of the 45-year-old Singapore (Malay) owner of a resort in Johor. This alien being had the outrageous al-Qaeda-ish effrontery to allow a group of Buddhists to meditate in a surau at the resort he owns in Tanjung Sedili Besar.

How terribly seditious! We all know how "violent" and "terroristic" a group of meditating Buddhists can be. More than anyone, I should know as my own late mum was one, that was, a meditating Buddhist. And the Dalai Lama is another. I dare not even detail their degree of potential violence which I'm sure you'll understand, me being a filial son and all that. Aiyoyo, apo nak dikato, man!

I extend my heartfelt congratulations to the police for taking time off from pursuing mere ordinary criminal gun-slingers to arrest this man who in fact is far far far far far more dangerous than those who shoot to kill. I also congratulate  Kota Tinggi Session Court registrar for approving the remand order of four days, knowing how serious and threatening to the nation the offence has been.

How could we let the resort owner remain free when he could be guilty of injuring or defiling a place of worship with intent to insult the Islamic religion, though he may be a Muslim.

Thank goodness to the authorities' collective swift actions, Malaysia is once again, at least in the case of the resort, free from violence from meditating Buddhists, probably of vintage years ... but nonetheless of the "undesired" kind.

The authorities' brilliant actions would be in the same commendable category as the vigilant MCMC who hauled in the mother of Alvin Tan for interrogation. Never let it be said that Malaysia's watchdogs are sleeping (except in mere violent shooting and murder, and mere corruption by the hundreds of millions, or mere intrusion by armed and murderous Filipino intruders - well, be reasonable lah, we can't also be perfect, can we?).

Mrs Tan should have known better than to have a blogging son, and that by itself is indicative of her guilt. She should at least have moderated her son's blog, and if she or her lawyer claims she doesn't know anything about computer or blogging, well, those are not good enough reasons. Kita mesti jaga standards, our Boleh gold standards.

Besides, the MCMC had an urgent need to check with her whether the bah-kut-teh herbal ingredients were halal or haram?

Insha allah, we shall overcome this new threat of meditating and violent Buddhists, and if it takes a wee while to do so, look at the bright side as it will provide you and your cabinet colleagues new material and plenty of time to frightenalert Malaysian Muslims of the most seditious threat against vulnerable Islam.

Alhamdulillah, we can always return to Malaysian Muslims' old foe, the Christians, much later – treat them as a convenient standby threat for your cabinet colleagues and JA-this-&-that to fall back upon.

With the arrest of that seditious resort owner, and preferably also those seditious Buddhist meditators and where possible, the seditious Dalai Lama, we grateful citizens may sleep peacefully tonight.

And may you enjoy your fiddling without being disturb unnecessarily by seditious elements.

I am, Dato' Sri, yang amat berhormat,
your most respectful and obedient servant,

[related to my 32nd cousin seventeen times removed, Ridhuan Abdullah, who has never tired of reminding me he is a Malay]