Who really cares about Altantuyaa Shariibuu?

I have not been able to blog on this earlier because of continuous travelling associated with bread & butter issue. 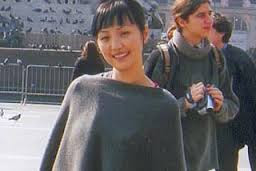 The sad saga of Altantuyaa's murder is unlikely to ever see justice because of its grubby over-politicization.


And may I just say both sides of politics have been involved with a common aim, to get Jibby Boy wakakaka.

Yes, both sides of politics meaning UMNO as well as PKR. None of them cares abut the murdered victim who became a convenient tool in their personal political pursuit, which was, has been and still is to replace Jibby, originally as DPM and now, maybe a much weaker case, as PM.

Ask yourself, if not for Jibby Boy's alleged involvement, even preposterously as the very man who ordered her murder, why there have been so much interests in the death of a foreigner, a Mongolian woman, when there have been far more important Malaysians who were murdered or have disappeared, including beautiful Malay and Chinese women.


Instead of dealing with the tragedy as a straightforward case of a murder of passion, those political interests wanted to see it as a terrible political scandal connected to only one particular politician, our dear Jibby Boy as the alleged murderer, even though the last known and very well recorded behaviour of the deceased model didn't support the salacious allegations of Najib's "frontal and rear" liaison with her, as salaciously told by Perumal Balasubramaniam.

Yes, after RPK's most original earth-shattering statutory declaration (SD), someone must have thought this new form of surat layang was brilliant, where we suddenly have out of the blue the questionable testimonies of private investigator Perumal Balasubramaniam, a man who waxed and waned like a Madagascar chameleon in his so-called courage in exposing Najib, in coincidental cozy coordination with certain politicians who turned him into a (very dodgy) folk hero.

I don't wish to cast aspersion on a dead man but how could I respect a man who was brave for around 4 months in drafting and crafting his 1st SD with the help of a lawyer (Americk Singh Sidhu) .....

..... and then (this was where he ruined his credibility) appeared together with Anwar Ibrahim at a press conference (expecting us to believe he wasn't "influenced" by politics and politicians, or as Americk Singh went to extra pains to inform us, that Anwar wasn't involved at all other than being at the press conference), .....

..... only to back-flipped 24 hours later with a 2nd SD and then disappeared into the Indian sub-continent (where his children were schooled at exclusive international schools), .....

..... then to re-emerge from time to time, but always with PKR or pro-PKR people besides him, and to be garlanded by PKR's Sivarasa on his final return just prior to his death.

The tragedy for Altantuyaa was that many people could believe and still do Balasubramaniam's zig-zagging words, of course cherry-picking only the 'zigging' aspects of them and ignoring his 'zagging' say.

Instead we should be asking:

But WTF, would that have satisfied the political interests of someone in UMNO and someone in PKR?

So we allow ourselves to digress and be distracted from the facts of the case, where we only want Najib named as the murderer or the person who ordered the murder or the husband of the woman who turun padang to personally supervise the demolition of Altanuyaa's corpse ... and we have the bloody nerve to wonder why the Appeals Courts f**ked up our wishful (political) expectations.

And commonsense even tells us, would AAB or KJ have ever allowed Najib to get away with it if the latter was indeed guilty?

The f**king truth was, has been, is and will be: which politician really cares about Altantuyaa Shariibuu?
Posted by KTemoc at 10:29 am