Only some may be doctors


I recall a few years back, when a minister went to Ukraine to visit Malaysian medical students there, he remarked insensitively that there were 'too many blacks' (words to that effect). Coincidentally, after that, the MMC recognition of degrees from that medical course was withdrawn, but only AFTER a certain year.


Why only AFTER a certain year? The general suspicion was that it was to enable 'some' students to graduate as doctors while denying the 'many blacks' recognition of their medical degree. The 'wrong coloured' people went to that State Medical College principally because they assessed from the participation of Malaysian government sponsored students that the degrees would be recognized by the MMC.


In a March 2006 post Mediocrity beats Meritocracy I penned:


The Higher Education Minister said: “For students who meet the requirements and are outstanding, their places at IPTAs are guaranteed but probably not in certain courses like medicine because the competition is intense for these courses.”

He didn’t explain why outstanding students cannot be guaranteed a place in medicine if they apply for the medical course. Instead, he wants them to consider other courses that were less popular.

What he meant was the numbers for the medical intake would be limited and perhaps even taken up already, and therefore those outstanding students shouldn’t be surprised or upset if they aren’t accepted.

From all these injustices, ordinary rakyat like us couldn't help but gather that the authority has consistently and deliberately made it difficult for 'some' Malaysians to get a medical degree - non-medical degree okay lah but medical degrees tak sokong atau ta'boleh. 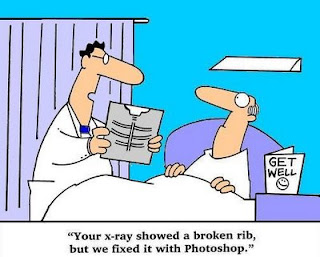 Those students by their academic achievements should have been more than qualified for, and would be accepted in, any medical courses of foreign universities - assuming they have the money or scholarship to go there, especially since the Crimean State College for Medicine was mysterious 'blacked' out (I mean 'blocked' out) for them.

The people responsible for the entry selections keep changing their criteria each year after being challenged. Following the brouhaha in the last two years, where the PM himself had to intervene, they have now included some subjective criteria, making it even more difficult to detect the unfairness.

One of those 'manning the gates' from invasion by the hordes of outstanding students had even proposed a 'blood' test where wannabe medical students would be exposed to the bloody gore of operating theatres to assess the strength of their stomach.

It was a ‘blood tolerance’ qualifying test which he as a medical student wasn't subjected to, nor were/would be other medical students in any university in the world, but no doubt he dreamt it up as a convenient tool to close the gates to ‘some’ Malaysians from medical degree courses. 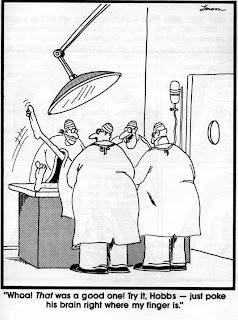 Another, a doctor who I believe was based in the UK even dismissed exceptional academic qualifications as unimportant, while at the same time demeaned the ability of local exceptional students as being inferior to those of UK students with lower grades. Of course he conveniently skipped any asinine comparison of ability for those Malaysian students with mediocre grades. Obviously in his inane Weltanschauung, mediocrity is fantastic while meritocracy is to be sneered at.

Well, that's the quality [or lack of] of those proposed subjective criteria.

In the final analysis, the absence of transparency has been the most damning indicator of suspected bias.

Read this post Good but not good enough? for a heart-wrenching story of a 'Malaysian'(?) as well as the difference between the  government and a Buddhist organization in awarding scholarships.

It is obvious some Malaysians are strongly supported in becoming doctors while others have been discouraged or hampered. There appears to be a covert but perverted policy somewhere which only permits 'some' Malaysians but not 'others' to become doctors.

So I hope Liow Tiong LIE would now understand (as if he hasn't already) why MCA has lost Chinese support.