When principles are put to the test 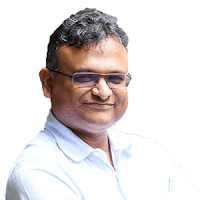 I WILL spare the details of the rollercoaster this country has been put through this past week.

What needs to be amplified though is that the real character of people has been stripped bare for all to see.

One must keep this in mind the next time we go to the polls – whether it is in the next one month or in three years’ time, the Constitution will (and must) prevail, when some of these characters who have brought chaos to the nation will continue to vie for our votes.

The next time we go to the ballot box, we will be in a better position to decide on the candidate based on the strength of his character or even the party he represents.

Thanks to the “Sheraton 11” and the events they sparked, we now have no Finance Minister while we are in the midst of an economic crisis; we have a health emergency and no Health Minister; and now we have a Constitutional crisis with no Attorney General.

Of course, going back a day or so prior to the events that saw the breakup of the Pakatan Harapan alliance, there was a heated discussion at the Pakatan presidential council meeting, which some relate to “administrative arrogance” that hurt the feelings of one 95-year-old leader.

This was the spark, say insiders, which ignited the fire that has engulfed the whole country.

Although to be fair, the embers had been there from the beginning due to said 95-year-old’s reluctance to pass the baton to the Pakatan-anointed successor.


As the drama keeps unfolding, talks between Parti Pribumi Bersatu Malaysia and Umno have (for now) headed into choppy waters while the divisions within Bersatu are becoming clear.

It has become apparent that Tun Dr Mahathir Mohamad and Tun Daim Zainuddin have different opinions on the potential premiership of Tan Sri Muhyiddin Yassin.

This is because the older Tun (Dr Mahathir) is dead set against Umno members, especially tainted ones returning to government – something Muhyiddin is “flexible” about.


Meanwhile, Umno has become more vocal in its demands, aware of the weight its 39 seats thrown behind Muhyiddin and Bersatu carry.

Among them are a deputy premiership and its choice of attorney general to replace the recently retired Tan Sri Tommy Thomas. Apparently Tan Sri Muhammad Shafee Abdullah is among its preferred candidates.

This demand is not surprising yet is shocking in its audacity as many Umno leaders are facing corruption charges.

In the meantime, non-Muslim Sabah and Sarawak MPs are in a dilemma over throwing their support behind an alliance that includes PAS as well as Umno leaders accused of kleptocracy. One of them is Darrell Leiking, the Penampang MP.

GPS is also dead set against working with the the DAP due to personality issues with the latter’s leadership.

Meanwhile, at press time, it is understood that Datuk Seri Anwar Ibrahim has put his personal ambition to be prime minister on hold, to throw his support behind Dr Mahathir, allowing for what many call a photo finish for the premiership between Dr Mahathir and Muhyiddin.

Whatever the case, the politician who will ultimately come out on top is the one who puts the nation first.

They say Malaysians have short memories. But this watershed moment in our nation’s history will be remembered for a long time, especially in the not-too-distant general election.


At least for me, this is when the strength of the individuals’ character in the face of crisis and opportunity will resonate the most.

In the words of DAP leader the late Karpal Singh, who was regarded as politics’ moral compass, “In politics there are no permanent enemies or permanent friends, but there must be permanent principles”.