KUALA LUMPUR, Sept 29 — Although voter fatigue may be settling in after three by-elections since the May 9 general election, analysts said the crowded Port Dickson race featuring Datuk Seri Anwar Ibrahim may turn out interesting.

“It is definitely the most interesting one out of all four we had since May 9,” Universiti Sains Malaysia analyst Prof Dr Sivamurugan Pandian told Malay Mail.

“In one corner we have a PM-in-waiting, we also have an embattled former mentri besar who doesn’t have any machinery at the moment, a PAS man who is a military veteran and other independent candidates. It is exciting to see how things will pan out.” [...]

With his illustrious political career, Anwar now has his eyes set on the bigger prize. But this does not mean that his rivals are to be treated with contempt.

The October 13 poll will be Anwar’s golden opportunity for a strong political comeback, thus paving his way to succeed Tun Dr Mahathir Mohamad as the eighth prime minister.

Isa, particularly, is no stranger to politics and Negri Sembilan. He had previously administered the state for 22 years.

In a bold move, the former Umno vice president recently quit the party to face Anwar on his very own homeground.

The title of the MM Online article delightfully uses-includes the word 'scrum' (as in rugby scrum) to appropriately describe the amazing number of independent candidates, apart from PAS and PRM, contesting in the PD by-election.

Make you wonder, don't they? Wakakaka.

In my yesterday's post Odds against Anwar Ibrahim in PD? I mentioned 'musuh dalam selimut' but omitted mentioning that included Pakatan, not just PKR. I plain forgot, wakakaka.

I'll be a monkey's uncle if at least two of Anwar's competition in PD aren't "financed" by 'musuh dalam selimut' from both PKR and Pakatan Harapan. 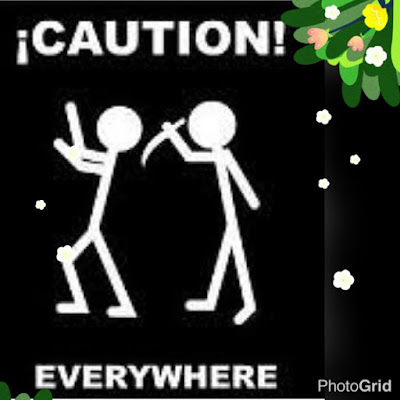 One of them doesn't act on altruistic reason while the other can hardly afford to throw away money on a useless (questionable symbolic) gesture apart from attracting undesired attention on his notoriety, victim or otherwise. The latter's participation is mainly to embarrass Anwar and cost the latter votes - undoubtedly the wish of his 'musuh dalam selimut'.

As I asked in my previous post, how then will Anwar fare in PD? The man pictured below can tell, wakakaka.