The necessary demon-ization of a 'tokong'

Lim Guan Eng as a Penang-perceived "tokong" (deity) is politically invincible, iconic and idolised by Penangites. He has been seen as politically un-removable, with his image and status quo as CM almost set in concrete.

Gerakan and MCA were in deep deep trouble and have virtually given up hope for their respective futures in the face of such a political god. 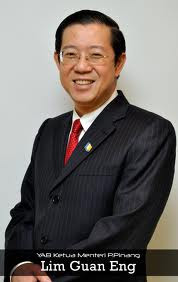 So what can BN do with such an invincible foe?

Well, you guys know what has just happened. Lim Guan Eng had long become for BN a primary target to be politically assassinated, after Anwar Ibrahim. With the massive government machinery behind his opponents, it was just a matter of time when (not if) he would be kowtim-rized.

Fling enough poo around and hopefully some may stick on to Lim Guan Eng. Even if he is eventually found not guilty of whatever alleged crimes he is to be charged under, some blemishes will have hopefully been inflicted on his near-perfect image in Penang.

If he can be found guilty, wow, that will be a bonus for BN.

But ironically, even as BN hopes Lim Guan Eng's image will be in tatters as a result of the bungalow affair, very few Penangites will believe he is at all guilty of what he is going to be charged with, and that it is nothing more than a nasty dirty unscrupulous BN plot to politically assassinate him. Such has been the wicked image of a rotten BN in the eyes of most non-Malay Penangites.

As we hear so often, in politics perception is everything. And the perception regarding Lim Guan Eng is that he was once politically-assassinated by BN so that he had to serve time in prison for a noble cause while the culprit got away scot-free (many people still believe in this and have dismissed whatever SD involved with the case came about), and now he is once again being politically murdered because he is far too invincible in the eyes of his foes to be defeated in fair competition.

His image as a "tokong" is thus ironically further glorified through his second martyr-hood. There will be a lot of resentment against BN, in particular the Gerakan Party of Penang.

Gerakan, be careful what you wish for!