JAWI or Jabatan Agama Islam Wilayah Persekutuan, the Islamic department for the Federal Territory, should be closed down for good.

JAWI had and has behaved badly, acting beyond the law in harassing and persecuting Muslims in an arrogant cruel and unaccountable manner.

They say "3 strikes and you're out" and JAWI's 3 strikes have been: 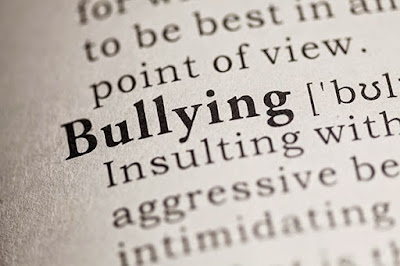 A BBC report on the JAWI raid of Zouk::


New allegations have surfaced about misconduct by Malaysia's religious police during a raid on a top Kuala Lumpur nightclub last month.

JAWI would neither confirm nor deny the allegations.

The incident prompted Malaysia's cabinet to discuss the future of the religious police.

Cabinet minister and former law minister Rais Yatim said after the meeting that he believed crime should be a matter for the police and morality for the family. [...]

In neighbouring Selangor, there was a far worse case in 2006, when we read in NST about the lustful leery lascivious behaviour of a JAIS officer who caught an unfortunate woman for khalwat.

The poor sweetie had gone to the JAIS office in Gombak the day after her embarrassing encounter with JAIS, in a vain hope to 'settle' the case amicably. However, she claimed she got more than she bargained for. 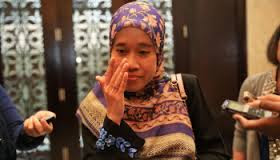 The Court of Appeal found the religious body's actions against Kassim Ahmad including a cross-border arrest and a detention exceeding 24 hours to be illegal.

The judges said the warrant of arrest on Kassim was defective as it did not comply with statutory requirements and that Kassim's rights under Article 5 of the Federal Constitution was violated with his overnight detention “which exceeded 24 hours” and when he was denied access to lawyers.

The judges pointed out that Kassim was charged by the FT chief syarie prosecutor with a “non-offence”, saying the Kedah resident is not obliged to comply with a fatwa or religious edict in the Federal Territories.

It's not just JAWI has a propensity to act beyond the law but it has shown it likes to punish people beyond the strictures of Islam, even unto being un-Islamic in its actions as were demonstrated in their officers' lascivious lustful lecherous behavior in the Zouk nightclub incident, the malicious persecution of Nik Raina and the vindictive detention of Kassim Ahmad.

JAWI has been a total disgrace to Islam. To protect the good name of Islam, JAWI must be closed down and its staff dismissed.