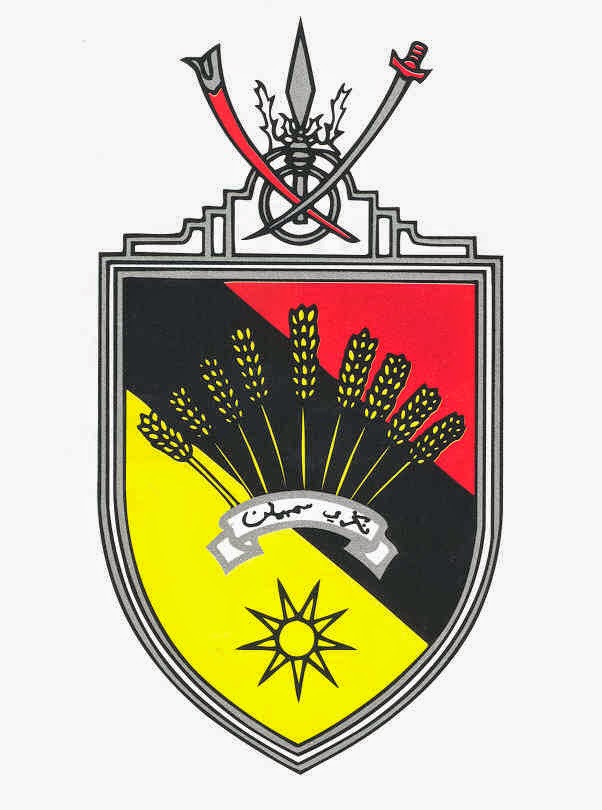 I am sure by now most of us know who this bright young Malaysian royal is as he writes so eloquently in (previously) the Malaysian Insider and (now) the Malay Mail Online.

His tale is that of Negri Sembilan, its Minangkabau people and their adat, and the state's history and uniquely democratic royal institution where a ruler would be 'elected' as (or invited to be) the leader or Yang di-Pertuan Besar (Yamtuan). 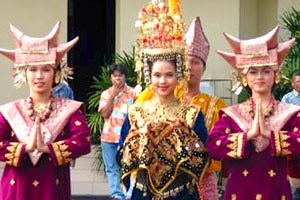 It must be from such a sui generis royal institution that Allahyarham Tunku Abdul Rahman Putra al Haj, our nation's 1st PM, had adopted for the election and selection of the Federation's King, the Yang di-Pertuan Agong (a title that must have been also adopted from Negri Sembilan's royal institution).

But it's NOT so much the history of Negri Sembilan but more that of its Minangkabau people and their adat that I detect an important message within Tunku Abidin's narration. Yes, he did take pride in his people's democratic institution in selecting their leader, and while the message I've detected, or claim to have detected, wakakaka, cannot be divorced from the Minangkabau's democratic tradition, it's more than that and something most germane in today's Malaysian political landscape.

In the 3rd and 4th paragraphs of his narration, Tunku Abidin Muhriz wrote:

The next two rulers, Yamtuan Hitam (1795-1808) and Yamtuan Lenggang (1808-1824) were similarly invited from Pagar Ruyong. Unfortunately, a war broke out at the time in Minangkabau homeland over religion: a new Wahhabi-inspired faction called the Padri took issue with the matrilineal, decentralised and democratic system that had developed since the formation of Pagar Ruyong in 1347, and tried to take over by force.

The Adat faction, in alliance with the Dutch, managed to defeat the Padri, but most of Pagar Ruyong royal family had been killed in 1815.

I'll come to the above shortly but let's start by understanding that today the Minangkabau people is the largest ethnic group in the world with an adat (or custom/tradition) of matrilineal succession.

I cannot claim to know much about the origin of this adat other than through some readings I learnt that the Minangkabau adat was laid down by two of their forefathers, Datuak* Katumanggungan and Datuak Perpatih Nan Sabatang who were half-brothers (same mum but different dads).

The Minangkabau kingdom had its beginning in the 14th Century when a Majapahit bloke by the name of Adityawarman became its king. Apparently he was related to King Jayanegara of Majapahit, which made him (Adityawarman) probably a Javanese and a Hindu though some historian argued he was a Buddhist. He seated his new kingdom in Pagar Ruyung on the west coats of Sumatra.

A major part of his Majapahit-assigned remit was to eliminate remnants of the already vanquished Srivijaya Empire, then centred at Palembang. But by then, good olde Parameswara (also a Buddhist) had wisely scooted off to Malacca.

It would appear then that in early days the Minangkabau developed their adat based on Hindu, Buddhist and animistic beliefs, and which were to be later articulated by the two Datuak siblings.

Today many western female anthropologists and/or feminists get orgasmic about the Minangkabau, a people (some 10 million strong around the world) with such a powerful tradition of matrilineal succession, and many studies have been made by them, extolling the wonders of a matrilineal system within an Islamic society.

But perhaps they might have missed the important 30-year Padri (Minangkabau) War between the Wahhabi-Islamists and the Minangkabau traditionalists. 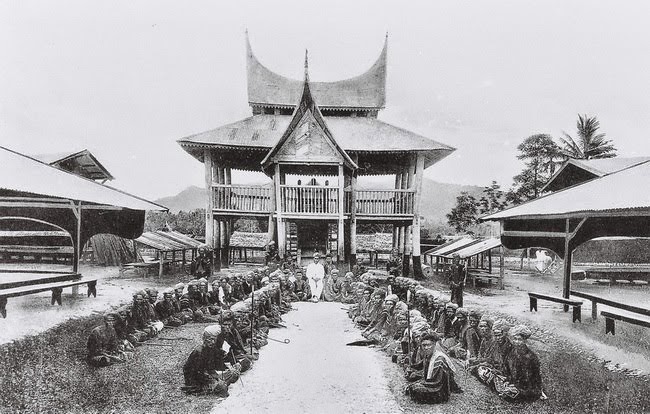 Some mullahs having returned from their haj in Saudi Arabia had wanted to cleanse the Minangkabau Kingdom of any form of adat that was deemed to be un-Islamic such as their uniquely matrilineal system of succession, leaving us to believe that nothing pissed the findamentalist Islamists more than women having any bloody say at all, let alone property.

Thus if those fundamentalist mullah had prevailed, there won't have been any unique Minangkabau tradition.

Don't think so? Well, look at what's happening in Malaysia?

Hasn't PAS prohibited the showing of the wayang kulit and makyong in Kelantan? And even for a brief moment the Chinese koe-tai and Samson-&-Delilah salons, wakakaka? I wonder what else? What about the tarian menora? All disappearing! 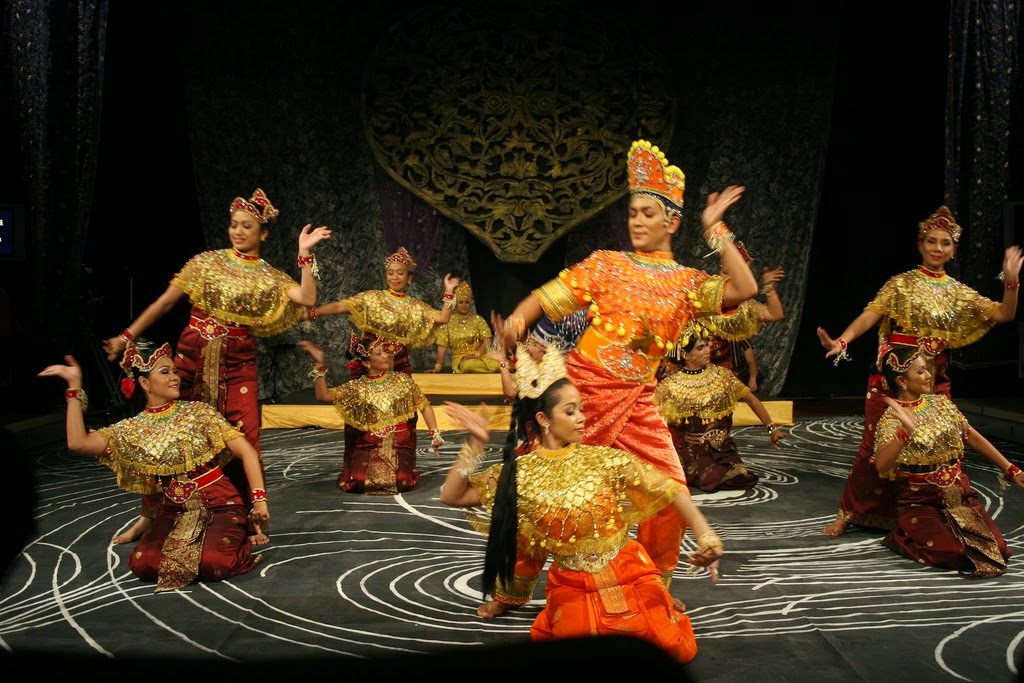 Even Eli Wong of PKR was once seen to be wearing what Wan Azizah and Nurul Izzah are wearing, and that was NOT baju kurung or sarung kebaya. However I have to say to Miss Muffet's credit, thank goodness, she had only boasted about donning the baju kurung, wakakaka.

I also wonder whether the lovely joget will one day become just a footnote in Malaysian history books? Once a (Malay) visitor to my blog told me he was stunned by a photo he saw in an old Malay language magazine (I think it was Mastika) which showed Malay schoolgirls doing their morning physical training (PT) in shorts and short-sleeve shirts. I guess he had been so used to most Malay women wearing the tudung that females in shorts and short-sleeve shirts would have been shocking.

And I wish he had heard my uncle telling me of the once highly synchronized Malay style of western dancing at public ballrooms (or dance halls) where it was still very Islamic no-touch for the dancing partners (half a metre apart) but who nonetheless performed the waltz, rumba and foxtrot gracefully as a partnered unit.

Will the nasi lemak and tapai be under serious threat? Maybe in future we can only eat falafel and shawarma if some people have their ways, wakakaka.

Anyway, back to the 19th Century Pagar Ruyung kingdom in western Sumatra where the fundamentalist mullahs started a civil war with the adat-ists by their treacherous act of regicide where they murdered most of the royalty during a ceasefire peace-talk.

T'was a murderous act as stated by our Malay Mail writer Tunku Abidin in his "most of Pagar Ruyong royal family had been killed in 1815".

Tunku Abidin has so understated his message "Unfortunately, a war broke out at the time in Minangkabau homeland over religion: a new Wahhabi-inspired faction called the Padri took issue with the matrilineal, decentralised and democratic system that had developed since the formation of Pagar Ruyong in 1347, and tried to take over by force" that it might have escaped our notice.

But let us again recall the essence of his point, namely, "... a new Wahhabi-inspired faction called the Padri took issue with the matrilineal, decentralised and democratic system that had developed since the formation of Pagar Ruyong in 1347 ...".

I read it as those mullahs having issues with women's rights, democracy and decentralized control (or greater freedom and autonomy). It's hardly surprising as the clerics (of most religions) want the opposite: women in their 'places' as mere inferiors or chattels, and of course highly centralized authoritarian control with no biadap talk back by the rakyat lay people. 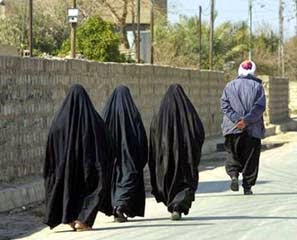 Scholars have written that the Minangkabau would only accept/assimilate 'foreign' influence if their core adat were not imperilled, as the Padri War had so bloodily demonstrated for 30+ years .

They were (and still are) mightily intelligent and innovative people in coming up with a post Padri War syncretized saying, perhaps to appease the Islamists within their society, namely: Adat bersendi hukum Islam, Hukum Islam bersendi Al-Qur’an.

Now, being the bastard that I am, wakakaka, I am not only reading more into the above Minangkabau saying but also recalling that RPK wrote about a misogynistic Caliph who wrote most of the Hadith, which didn't and by default don't favour or treat women as equals.

So I wonder whether the clever Minangkabau by asserting that Hukum Islam bersendi Al-Qur’an were in fact saying that unless it's in the Al-Quran itself (and thus not just the Hadith) they won't accept any (Hadith) ruling that went against any of their adat.

And if indeed they had such an intention, to wit, to ignore any extra-Quranic ruling, then it must be within such an innovative syncretized doctrine that has allowed the Minangkabau matrilineal system of succession (and other forms of democracy) to exist within a religio-social Islamic environment, but which alas, came at a bloody price with a 30+ year war, one which saw most members of its royalty slaughtered treacherously by the fundamentalist Islamists during a ceasefire peace talk.

Anyway, I dare say not much has changed in the no-compromise or intolerant attitudes of the Muslim clerics since, especially those of the fundamentalist variety.

In today's Malaysian religio-politico-social environment I think it's up to the Muslim Malays to decide what they want: the status quo with its higher degree of socio-religious tolerance (and I am NOT talking about which political party forms the government) and preservations of Malay adats, which we have all benefited from in varying degrees during the last 50+ years, ...

... or a non-democratic system of totalitarian government by an elitist group of clerics whose only claim to their right to rule is NOT from universal suffrage but from a god who for some reason only talk to them (as claimed of course by them, wakakaka), and who probably want to Arabize everyone ... and perhaps fantasize for Malaysia to become a Saudi-like desert, complete with camels, dry winds and hot days-cold nights? Wakakaka.