Haris Ibrahim, respected as an independent political voice of Malaysian conscience, questioned the integrity of the PKR party polling for the deputy president position, which was originally contested by 3 persons, Azmin Ali, Mustaffa Kamil Ayub and Zaid Ibrahim.

On the morning of 08 November Zaid Ibrahim withdrew from the contest and also resigned every one of his PKR appointments and positions, obviously in utter disgust with the party's election process for the deputy president position.

Haris posed a query to PKR regarding its questionable party election process in his post Indeed, who is lying?

In Haris' post, it'd appear that Dr Molly Cheah, the chair of the PKR central election committee (JPP) was not oversighting the election process for the party’s deputy president, while the secretariat was.

Incidentally, I believe it might have been Terence Netto who described Dr Molly Cheah as a deer caught in a car's headlights, wakakaka.

I once wrote that despite hundreds of complaints from other PKR candidates and branches, the JPP remained bizarrely silent.

When Brother Haris handed over a PKR ballot paper for the party's deputy presidential contest to Dr Molly Cheah, she responded that was the first she knew about it. But what did she then do about the serious reach of security in the party polls?

RPK did praise Dr Molly Cheah as an honest person, and I’ve no doubt everyone agreed with that.

But Malaysiakini journalist Terence Netto wrote about Dr Cheah’s cluelessness and lack of know-now in her role as the principal monitor of the PKR party elections. Obviously her personal honesty was not enough. She should have taken a more assertive participation rather than (as we understand from Haris) leave it to the party secretariat to do her job. Incidentally, I believe Saifuddin Nasution was then in charge of the secretariat.

The Malaysian Insider reported that Anwar Ibrahim came out (as to be expected when it involved his Azmin Ali - well, definitely in 2010 anyway, wakakaka) to defend Azmin’s amazing lead in the polls, stating “…the party had already answered the allegations by social activist Haris Ibrahim yesterday regarding claims of vote-rigging.”

Not so, riposted Haris - mind you, he might have even said “Bullsh*t” but of course I won’t attribute such a harsh kaytee-ish word to a gentleman like Brother Haris.

Haris said all the explanations by the PKR poll official have not answered his question of how he Haris came to be in possession of the PKR ballot paper for the contest for the party's deputy presidency, regardless whether the ballot was 'old' or not.

It was frighteningly available to Haris, a non-PKR member! ... and so on so forth ... - for more, see my post Deformasi, wakakaka

Anyway, let's jump to what Zaid’s political secretary Rashid Azad Khan had then said, namely, the polls should be called off in view of allegations of irregularities and claims of phantom voters. He staggered us with the following revelations of deformasi in the so-called reformasi party:

"For example, our polling agent reported that the voter turnout in Kubang Pasu was only 84."

“Where did the additional 72 votes come from? Could they be phantom voters?’’

Rashid also said the agents had reported that there was a 30-minute blackout immediately after balloting ended at 4pm Friday.

“Candidates’ agents were not allowed in, and the ballot boxes were not sealed at the time,’’ he claimed. Of course not, wakakaka!

Rashid added that one of the election officer was caught on camera wearing Azmin’s campaign badge raising questions over their impartiality.

Then, as if the PKR polls could be negotiated a la ch'in ch'ai ch'in ch'ai (tidakapa-thy style), after the complaint on above, this was what the election monitor decided on: that the Kubang Pasu result should be a tie of 81-81. Wakakaka!

“I am appalled. How can the results simply be amended?’’ Rashid asked”

Wah chea lart  [Dahsyatnya] man, pun boleh tawar, saperti jual beli katak. And why not, after all it's the Deformasi Party mah, wakakaka.

You can take them out of UMNO but you sure can’t take UMNO out of them! And with apologies to UMNO, wakakaka.

And very little wonder Zaid Ibrahim, Gobalakrishnan, Jonson Chong and a host of others once-stalwarts of PKR left the party.

No doubt people like Nallakaruppan and Gobala had since used the BN platform to hentam back at Anwar and PKR, but what could they do otherwise alone? Their alignment with BN don't mean what they accused Anwar and PKR of hadn't been true. Also see my post The Poison within PKR.

Alas, his appeal, like the other 169 complaints against the PKR polling, was ignored. Perhaps sensing this likelihood, Jonson made his letter to Dr Wan Azizah an open one, published in a number of places like Malaysiakini and the People's Parliament blog of Haris Ibrahim so that we all may be aware that not everyone in PKR is blind to what's going on.

Well-known journalist, blogger and lawyer Art Harun did ask in his post what does the ‘K’ in PKR stand for? I have an answer for Art, but why don't you guess! wakakaka!

Art had then written: I don't know about how they feel and think. But frankly, in my perception, PKR is so full of crap than it would even dare to admit. And if the farce that PKR calls and labels as party elections is to be a yardstick of its ability to govern this country, I would rather vote for the Siberian Husky in front of my house. And by that, I don't mean to insult the dog.

Badrul Hasim Shahrin popularly known as Chegubard had lots of issues with the 2010 party polls too. In a Malaysiakini report Chegubard accused Anwar Ibrahim of intervening in the party polls.

Chegubard told Dr Wan [Mr Manmanlai's nice wife who told us her husband is a gift from God to the people] about Kota Marudu PKR Youth chief, Dr Jurin Gunsalam, who was informed by his division chief Anthony Mandiau that Anwar had instructed him who to vote for.

Chegubard also revealed that some candidates were allowed to contest even though their names were sent in after the deadline.

He stated: “When a verbal complaint was made to the election officer, the complainant was asked if he was a supporter of Badrul Hisham. A written complaint has since been ignored.”

As with other polling complaints, his report too elicited no response. Mustaffa Kamil was given a high party post, a consolation prize and an act of mollification to mitigate against the remarkable party polling process, which Chegubard, very much to his personal integrity and credit, resoundingly and commendably rejected. 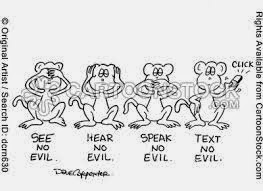 Chegubard's election agents reported the same mystery we've already heard, that the number of counted votes at a station were more than the actual turnout, which led Chegubard to remind us that in Kubang Pasu (see my post Zaid Ibrahim - suffers no fool gladly) the number of counted votes was almost 3 times more than the actual turnout – UMNO, eat your hearts out!

And Dr M, you might wish to consult PKR which must have been using better yeast than your bakery shop The Loaf, wakakaka.

Have you readers got it? Yeast! Exponential growth! Thus, far more votes than had been registered! Wakakaka.

Chegubard told us the same story, that the phantom votes were actually (indirectly) admitted by the election committee when they had to call a Zaid Ibrahim’s representative to negotiate on how to split the total votes wakakaka.

Anything done about those complaints? wakakaka, and they had the hypocritical brazen nerve to criticize EC, wakakaka!

OK, fast forward to 01 May 2014 and refer to The Rakyat Post's Khalid unsatisfied with PKR election process and what do we get?

Parti Keadilan Rakyat (PKR) deputy president candidate Tan Sri Abdul Khalid Ibrahim today voiced out his dissatisfaction over the latest developments in the party’s election process which he felt was not transparent. [...]

He made the statements when commenting on a claim that a deputy president candidate and his team had committed fraud during the counting process at several divisions in Sarawak.

This has been confirmed by JPP chairman Datuk Johari Abdul, who said there was a power blackout during the counting process at the Batang Sadong division in Sarawak last Saturday.

Solidariti Anak Muda Malaysia (SAMM) founder Badrul Hisham Shaharin then urged that deputy president candidate Mohamed Azmin Ali be stripped of his candidacy for his involvement in a wrongful act during party elections.

“This thing has occurred in the 2010 elections and was reported, but no action was taken against Azmin.”

“This time, with the evidence involving the process in Batang Sadong, I feel Datuk Johari and the JPP must take stern action by disqualifying Azmin,” he said.

Wakakaka, blackout again! But will they disqualify Azmin Ali? Wakakaka.

And what was it someone in PKR talked about Reformasi 2.0? Wakakaka.

Pordah, looks like their Reformasi 2.0 is more likely EC 2.0! Wakakaka.