The Malay Mail Online - Bar slams ‘Allah’ ruling, says wrong to deny fundamental rights on basis others may be confused 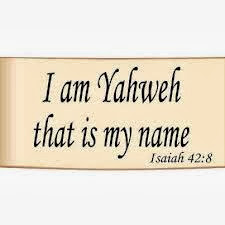 Both legally and logically, the Bar Council is right, but then the core issue surrounding the Allah-word controversy has never been about legality, the law or logic, though the court by its ruling informs us of the legal implication.

In actuality it's all about religious emotions and fears, and of course politics or/and the political exploitation of the emotions and fears affected by the subject matter, namely, the use by the Christian church of the Allah-word to refer to their Christian god in the Malay language version of the bible or al Kitab.

For decades, Sarawakian and Sabahan Christian natives have been referring to the Christian god in their native or/and Malay Indonesian language bibles as Allah.

The Indonesian language al Kitab was written by Dutch Christian missionaries centuries ago and in the absence (until recently) of Malay language bible, was the only bible in a language which could be studied, read and referred to by the Malay speaking Sarawakian and Sabahan Christians.

Was there any proselytizing intent by those 16th Centrury Dutch Christian missionaries in using Allah to refer to the Christian god in a book used in predominantly Muslim Indonesia? This issue is but a moot point when considered in the current circumstances of the politico-religio-social-legal controversy in Malaysia. 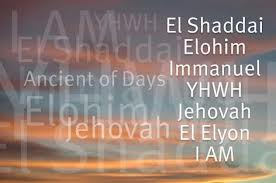 To reiterate an earlier statement, 'For decades, Sarawakian and Sabahan Christian natives have been referring to the Christian god in their native or/and Malay Indonesian language bible as Allah.'

And so too have the Sikhs in referring to Allah in their Holy Book, the Guru Granth Sahib.

So why has the recent brouhaha arisen over an issue long tolerated by Muslims, at least until recently?

Much to the deep disappointment, chagrin and even anger of my Christian friends such as Lucia Lai, Ong KM, D'Cruz, etc, I have already taken a stand against the Catholic Herald's wish to use that word. I voiced my various reasons and rebuttals against the Christian arguments in reasonable details in a letter to Malaysiakini and also in the following posts:

(a) Allah, Elohim or Yahweh?

(b) Now who are the Arab wannabes?

Thus I won't add anything more to my consistent stand on the issue, other than to remind those angry Sarawakians and Sabahans (see Malaysiakini's In Sarawak, angry reactions to 'Allah' ruling) that they only have Father Lawrence Andrew to thank for their current unfair religious disadvantage when he should have let a sleeping dog lie.

I once wrote that religion should be about faith and morality and not legality or for that matter, political approval. Thus I find it unfortunate that the Catholic Herald had taken the issue to the courts. In doing so they have opened a nasty Pandora Box where some innocents may well end up getting hurt.

Even Terence Netto (an ardent Anwar Ibrahim advocate) in his article in Malaysiakini's Perhaps it's time for church to desist wrote:

In deference to the maxim that discretion is the better part of valour, the titular head of the Catholic Church in the archdiocese of Kuala Lumpur should not appeal the appellate court's decision to restrict the use of the term ‘Allah' to Muslims.

To appeal would likely invite another panel (coram) of Muslim judges, this time from the Federal Court, to engage in the legal and literary gymnastics that masqueraded as reasoned judgment of the three Court of Appeal judges who handed down their rulings yesterday. [...]

Until then, if the Malaysian Caesar decides that the term ‘Allah' is exclusive to Muslims and if our appellate courts doff their judicial hats to this, Christians on the peninsula at least, should restrict themselves to the limited form of demurral that thus far has seen them take the matter to court, win it at the one level and lose it at the next.

If those demurrals were unaccompanied by the stoking of tensions between Muslims and Christians, the latter could usefully take their disputation to the apex court.

But the fact is it has been attended by a heightening of tension between the two communities such that Christian persistence in appealing for further adjudication of their claims that the use of the term ‘Allah' should not be exclusive to Muslims is imprudent.


I recall a conversation I once had with my dear (late) friend Haroun about religions. Haroun lamented to me: "Kaytee, those Jews and Christians are not fair. We Muslims respect their prophets and even accept them as ours but they don't ours especially Prophet Mohammad (pbuh). Why, when we are all of the Abrahamic faith, the people of the Book?"

I then wised up dear Haroun that his belief in the existence of an Abrahamic religious fraternity was a gross fallacy, because the earlier religion doesn't/won't accept any that comes after it, regardless of their claimed connected pedigree or source.

For example, the Jews consider the Christians at best as pagans or worse, if they were/are Jewish Christians, apostates (or 'poshea Yisrael' meaning 'transgressor of Israel').

To them, for example, Jesus was an apostate who should have been stoned to death as per the instructions in Deuteronomy 13:6-11 which says:

If your very own brother, or your son or daughter, or the wife you love, or your closest friend secretly entices you, saying, "Let us go and worship other gods" (gods that neither you nor your fathers have known, gods of the peoples around you, whether near or far, from one end of the land to the other), do not yield to him or listen to him.

Show him no pity. Do not spare him or shield him. You must certainly put him to death. Your hand must be the first in putting him to death, and then the hands of all the people. Stone him to death, because he tried to turn you away from the LORD your God, who brought you out of Egypt, out of the land of slavery. Then all Israel will hear and be afraid, and no one among you will do such an evil thing again.

As we can see, barbarous religious control of the believers through intimidation of death existed in Hebraic biblical times way before Islam was founded as a religion. 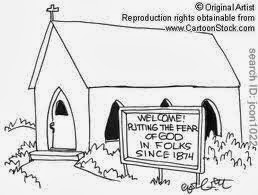 The only reason why today's right wing Israelis and Zionist Jews are pampering American Christians and their religion is Israel's dire need for American political-financial-military support and protection, without which Israel would not have existed or continue to exist for long.

Religions, especially of the Abrahamic varieties, are tribal, territorial and thus intolerant of and even hostile to each other, unless of course a more senior religion (senior in chronological advent) becomes necessary to concretize their own religious pedigree, as in the case of Christians respecting and studying the Old Testament as it provides a link to the pedigree of both their god and their messiah-saviour.

What then is the moral behind my recounting of their innate animosity towards each other?

Well, much as modern clerics such as the Pope of some muftis may talk of reconciliation and the politically correct sweet nothing, the respective Abrahamic religions are in reality rivals, if not overtly hostile then most certainly very keen and unscrupulously predatory regarding the turf of the 'other/pagan' beliefs.

Yes, they want to control more and more believers, and the process of increasing the believers even unto poaching them from other religions is called proselytizing.

What we're reading in today's media about the court's ruling is mainly bloody politics and self-serving bullshit. Yes, there are a few genuine concerns but 'mainly' it's politics, politicking and about sectarian interests.

In my earlier posts I have said more than enough on the issue, but nonetheless I wish to refer to Malaysia-Today's We have discussed this before which informs us in its concluding paragraphs:

Why? And I have voiced my thoughts in my earlier posts (see above).

And just a trivia in concluding - I must ask the readers of the English version of the Bible why their holy book refers to the Messiah as Jesus? I was wondering if there is this argument that the Allah word and its pedigree are so important to the Malay language Bible, why not apply the same argument by referring to Christ in his original Aramaic name Yehoshua (sometimes the shorter Yeshua) or its English translation Joshua - yes, the same name as the Israelite who led the 12 tribes into Canaan.

That's right, the Jesus name would by comparison be incorrect because it was translated twice over, from Aramaic to Greek and then Greek to English, whereas Joshua is from Aramaic directly to English.

So don't forget, your saviour is Joshua and not Jesus, or better still Yehoshua. 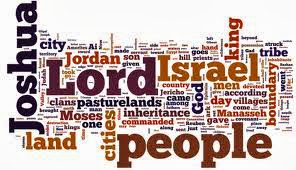