In June this year I penned a post titled One myth about Chinese Malaysians which debunked the bull that Chinese don't fancy joining the Civil Services or Armed Forces because of the low pay. You can read it to gauge my reasonings. 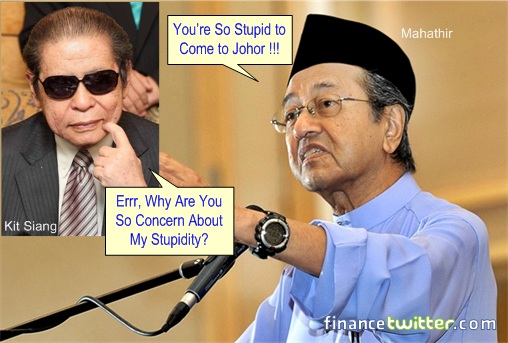 Allow me to whisper to you a Chinese secret or rather a secret about the Chinese - what they put first is their family, not ethnicity.

But then you may ask, what about the nation and patriotism and all that? Well, let me tell you that to me, the cries of patriotism are over-rated and usually hypocritical, especially self claims of patriotism, because as Samuel Johnson once told us "Patriotism is the last refuge of the scoundrel".

But if you want to know a Chinese Malaysian patriot, there's the late Tan Sri Yuen Yuet Leng and several others named in my post Chinese policemen, which narrated the sacrifices and services of Chinese Malaysian policemen and military personnel, several of whom were awarded the Seri Pahlawan Gagh Perkasa and Pingat Gagah Berani.

Sadly, as we were informed by the late Tan Sri Yuen, many of these heroes did not survive (executed by the CPM) to return back to public eyes, and their identities remained confidential until as such time the Malaysian government deems it okay to reveal their services-sacrifices to the nation. Given the current acrimonious ethnic situation, it's more likely those Chinese Malaysians will have to remain as unknown heroes.

Yes, their deaths-sacrifices were part of the shadowy world of the Police Special Branch which during the Emergency infiltrated and inserted these men into the very heart of the various communist terrorist groups. I believe two of them are known, SP* Paul Kiong and DSP* Sia Boon Chee, both of whom were awarded the SP by DYMM Agong.

* their ranks while in service

In my 2010 post for the Centre for Policy Initiatives titled I wish to remain a M’sian – KTemoc replies Kadir Jasin I wrote:

Did and do my uncles love Malaysia any less because they are of Chinese descent? Have they been regretful of their personal sacrifices because they and their children are lesser citizens than those recent arrivals from neighbouring countries who were once our nation’s enemies?

Well, let's talk about some of their police and military compatriots, people to whom the nation owes incredible debts to such as police superintendent Paul Kiong, police deputy superintendent Sia Boon Chee and Capt. V. Mohana Chandran – recipients of Malaysia’s highest gallantry honour, the Seri Pahlawan Gagah Perkasa (SP) conferred by the Agong

Then there were those awarded the Pingat Gagah Berani (PGB) like the late lieutenants Choo Yoke Boo and Chang Tatt Min of the RMAF who both died in action, and 2nd Lt David Fu Chee Ming of the 4th battalion, Royal Rangers.

He is proud to be a Malaysian who has served Malaysia, in some cases with the ultimate sacrifice. He did all these without first considering what was his race or religion, or whether he was a pribumi, which was why he unhesitatingly put his blood and body where his heart was –Tanah tumpahnya darahku!

And precisely because of this, while my uncles and their Indian friends in the Armed Forces have been proud and grateful they have inherited their rich legacies of thousands of years of culture and history, they are even more proud to be Malaysians, because they were born here as citizens. Malaysia is their Motherland.

They utilise the best moral lessons of their socio-cultural inheritance to enhance themselves and their children to be even better Malaysians and not as Chinese or Indians suffering from a bad case of hubristic snobbery or territorial intolerance.

They no longer feel the need to brandish their proud ethnic heritage as if these should be like a special pass which entitles them and their heirs to privileges beyond those available to other fellow Malaysians.

If fate had decreed that my uncles were to perish in their battles against the terrorists, as did some of their compatriots, they would have been proud to go into the next world as Malaysians.

Having served their nation, my uncles would not have been unduly worried who or what would stumble across their corpses. For their Maker would know them by their deeds on earth and to their country, and not by the indicators in their identity cards or military dog tags.

In fact if I may be so bold as to say, the Chinese not only invented the Civil Service (as mentioned in my post One myth about Chinese Malaysians) but also understood real patriotism for aeons, and recognizing, honouring and celebrating it as they have done for more than two and a half thousand years in their Dragon Boat pageant on the 5th day of the 5th moon of each Chinese lunar-solar year to honour Qu Yuan. 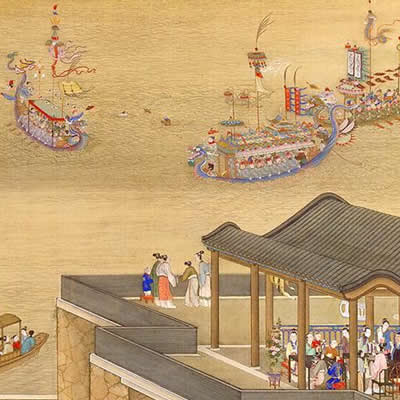 And from this paean to a Chinese patriot we get the rice dumpling (zongzi in Mandarin, bah-chang in Penang Hokkien) which carries a very special cultural meaning. 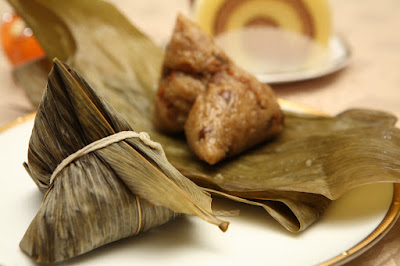 But let's leave patriotism aside as this has to be seen in terms of action and real sacrifice, not just by screaming mere words. The Chinese priorities would be something along this line:


Sadly, Mahathir has frequently showed his resentment of the Chinese, perhaps because:

(a) in 1969 they voted him out in favour of PAS' Yusof Rawa in Kota Setar Selatan,

(b) they saved his political skin in 1999 which must have embarrassed him kau kau, and

(c) read my 2012 post Wiping out the Malay race? to understand his resentment.