The wrath of a Khalsa warrior

KUALA LUMPUR, Feb 24 — DAP’s Karpal Singh today urged Kajang voters to strip Barisan Nasional’s (BN) candidate of her deposit to express their discontent with sedition laws that allowed him to be convicted for commenting on the 2009 Perak constitutional crisis.

Telling voters to rise up in his stead, the Bukit Gelugor MP who faces disqualification as a lawmaker following his conviction last week said the people of Kajang have the opportunity to convince the ruling BN government of their unhappiness with such laws.

Maybe Anwar Ibrahim's luck is changing. He is now virtually guaranteed of the majority of Chinese votes because of Bhai's wrathful call. They will respond to Karpal's urging and it'll be a shoo in for Manmanlai.

Isn't it serendipitous for the Døkkálfar Dwarf. Bhai kena hukum, and probably will lose his parliamentary seat, while the Dwarf will benefit most when Anwar becomes MB Selangor.

And there's a likelihood that in the intermediate term, we may see the centrifugal effect of Anwar's MB-ship on PAS as I discussed in my earlier post Kajang Sate. 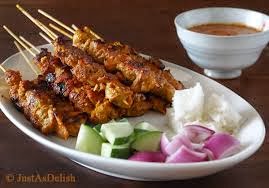 As for poor DAP, it's so fixated on ousting UMNO from Putrajaya with WHATEVER IT TAKES (and this worries me) that it will definitely go along with Anwar's political play, as can be seen in Mr Mushroom now supporting the Kajang Betrayal, while Mr Henny-Penny from DAP informed us: 'Goodness gracious me! If Anwar doesn't win in Kajang, the sky's a-going to fall down on Pakatan; I must go and tell the king' disregarding the likelihood of himself, the pathetic Chicken Licken, having his head bitten off by the wily old fox whom he follows just a wee too willingly.

This is DESPITE or IN SPITE of Khalid Ibrahim telling us 10 days ago, via the Malay Mail Online, that Leaderless Selangor BN [is] no threat to Pakatan, where he said that the BN "... is still licking its wounds from the general election and unlikely put up a strong fight in Kajang. At the moment Datuk Seri Noh Omar is still struggling to get his team together. At the moment I do not see leadership.”

Political analysts said Khalid with these words has effectively written off the likelihood of any possible challenge by BN in Selangor. And as we've already heard, Anwar's unusual descent to participate in state level politics is about salvaging his party from disintegration due to bullFrog politics.

But Khalid assurance of the political inefficacy of the BN in Selangor has effectively struck down that, the tall tales of pending UMNO ferocious takeover of the State Government - sheer utter balderdash provided by the inmates of Svartalfheim as to the necessity of the Kajang Betrayal, and supported by Mr Henny Penny.

But now, with Bhai's wrathful call, all those omong kosong* will be buried and forgotten.

* surprisingly in today's Malaysiakini's Minister says will sue Guan Eng on 'Burn Bibles call' Lim GE has been reported as using this Indonesian phrase (though it was reported as 'omong2 kosong' where I believe 1 x omong is correct, not 2). I believe it was incorrectly translated by Malaysiakini as 'empty threats' when 'omong kosong' means poppycock, claptrap, baloney, nonsense, bullshit and such like but certainly not related to 'threat' or 'threats'. Sometimes, when used among friends, it means idle talk or idle gossip.

I have to admit I am annoyed by the Døkkálfar Dwarf (eventually) benefiting from Bhai's misfortune. The f**king luck of the Devil Dwarf.

I don't suppose we may hope that HRH Sultan Perak will stun us by coming out to say something in favour of Bhai?

Nah! Too improbable.
Posted by KTemoc at 6:46 pm