How can I pay my lawyers if I’m bankrupt, asks Najib 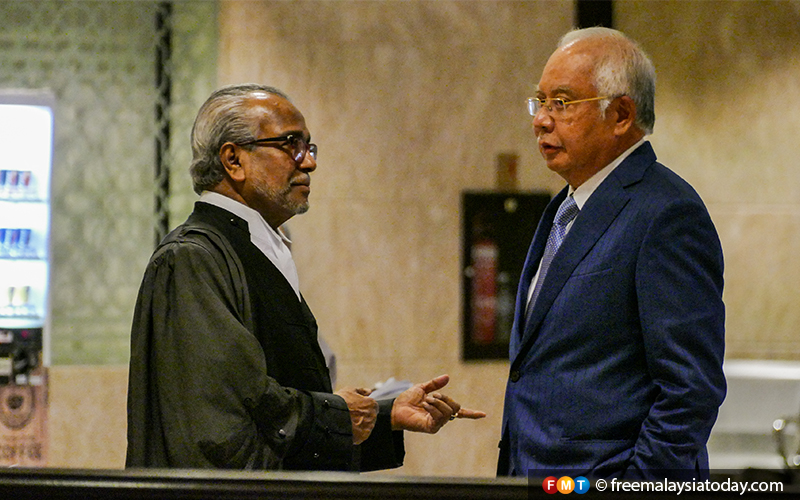 Najib Razak said besides him, his lawyers like Shafee Abdullah have also been dragged to court for alleged money laundering.

“How am I supposed to pay my lawyer, (if I am bankrupt),” questioned Najib on Facebook, whose legal team is filing applications to set aside the bankruptcy notice and stay the proceedings that LHDN seeks to initiate.

The LHDN filed the bankruptcy notice against Najib for failing to pay RM1.69 billion in additional tax arrears for 2011 to 2017, as well as 5% for each year amounting to RM45.9 million from the date of the summary judgment, and costs.

The Pekan MP lambasted the government for trying to bankrupt him with a law he cannot challenge in court, pleading his case on social media.

“If it is a political contribution, it is not taxable. If it is considered personal income from abroad, this has been tax-exempt since 2004.

“If it is from a robbery, are the profits from robbery also taxable?” he asked sarcastically.

Najib said the government was using specific inland revenue laws that cannot be challenged in court, adding that he was also not given an opportunity to plead his case before the Income Tax Commissioner.

“If this is not bad, two of my defence lawyers are facing charges under the money laundering act in relation to the legal fees I paid them.

“Now, they not only have to defend me, but also themselves,” he said.

Earlier this week, Najib’s lead counsel Muhammad Shafee Abdullah called the bankruptcy notice a “a clear abuse of process and intimidation” and a ploy by some to disrupt his place within Umno.