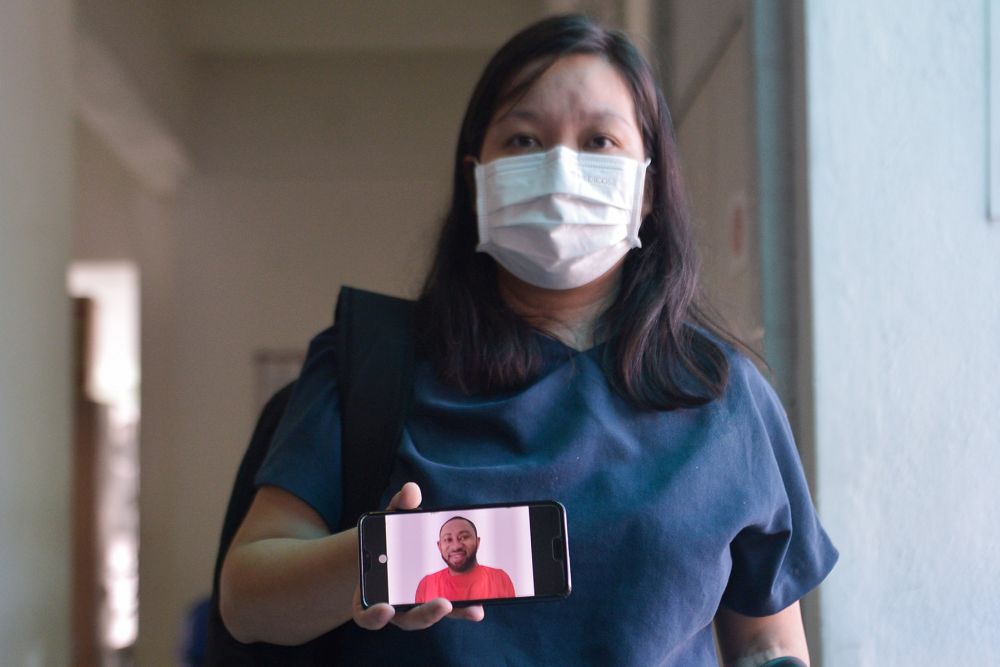 Simon Momoh’s wife, Low Kar Hui, shows a picture of her husband on her phone at the Shah Alam High Court April 21, 2021. — Picture by Miera Zulyana

SHAH ALAM, April 23 — The High Court today ordered for Nigerian man Simon Adavize Momoh to be released, which means he would be able to be reunited with his Malaysian wife and their two young Malaysian children soon.

High Court judge Datuk Ab Karim Ab Rahman ordered for the release to be done as soon as practical, after having found that Simon was detained unlawfully and unconstitutionally.

Simon has spent the past 39 days since March 15 in detention.

On April 1, Simon had filed his habeas corpus application, naming the Malaysian Prisons Department, the Immigration Department of Malaysia and the Home Ministry as the three respondents.
Posted by KTemoc at 4:45 pm