Bernama informs us that Jamil Khir, Minister in the PM's Department (meaning the PM couldn't find a portfolio for him, wakakaka) said the authorities had arrested a 43-year-old man who claimed to be 'Jesus' and had taken his statements.


Why arrest him? What for?

That Jesus bloke that the Malaysian police has just arrested could well be Yehoshua's Malay, Indonesian, Kadazan, Iban or Mamak brother.

In San Francisco I've seen Moses, Jesus, King David, his son Solomon and even God as well as the 12 tribes of Israel walking up and down the street, wakakaka. They were dark, or even darker, in their complexion as Yehoshua in image above, and strangely, not at all like the blonde figure below. 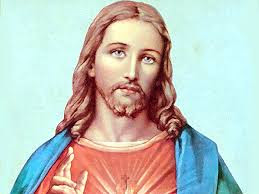 Despite the Bible coming to life in 'Frisco, no one gave a damn and affairs went on normally.