Currently there's one word that annoys me enormously. No, it's not 'looes74', wakakaka (actually I'm fond of him so you can call him my loverlooes, cium cium cium, wakakaka again), but believe it or not, the word is 'calm' as in 'remain calm' or 'keep calm' or 'WhateverTF calm'. 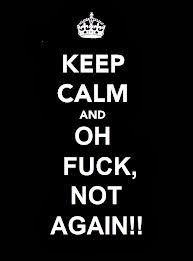 I had stated this, my bêtes noire (bugbear), in my Facebook some weeks ago because I was highly riled whenever I read of the word within a certain context - no, not as in 'a calm sea' or 'the calm before the storm' etc.

The annoying 'certain' context would be when (and regrettably just too often) we have politicians or so-called national leaders (from both sides of the political fence) advising us to 'remain calm', even in situations which didn't trouble us in the least. And if we were to be in situations which trouble us greatly, just how the hell would we be able to 'remain calm' when we would in all probability be anxious, worried and perhaps even sh*t-scared? 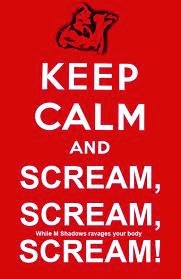 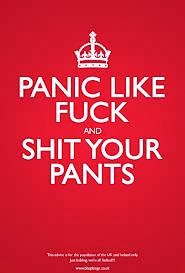 Thus such advice would be useless and worse, rather patronizing, as if we are budak-budak kecil to be calmed (f**k) ... er ... I mean ...  soothed. 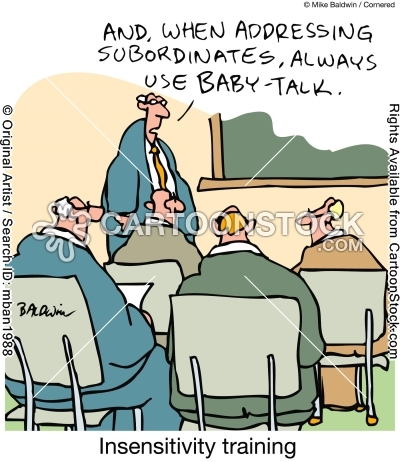 Yeah, why not tranquilize or sedate us instead, rather than give us the verbal dummy-pacifier! Can you blame us for spitting the dummy?

Apparently at the beginning of WWII (1939) the British Ministry of Information published a poster for the public to 'Keep Calm and Carry On'.

It was the third in a series of 3 motivational posters, the other two being 'Freedom Is In Peril. Defend It With All Your Might' and 'Your Courage, Your Cheerfulness, Your Resolution Will Bring Us Victory'. 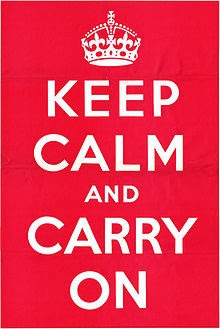 You could argue the posters (maybe the one exhorting 'cheerfulness', wakakaka) worked because the Brits won the war ... er ... with a wee help (wakakaka) from the Yanks.

But the British public regarded them as, (my 2nd 'believe it or not', wakakaka) '... patronizing and divisive. Design historian Susannah Walker regards the campaign as "a resounding failure", and reflective of a misjudgement by upper-class civil servants of the mood of the people.' [from Wikipedia]


I say old chap, jolly good show and all that (wakakaka). 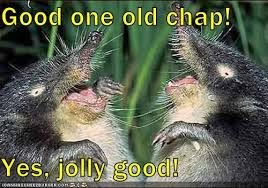 Okay then, back home in Malaysia, the latest publication I (lamentably again) read of this irritating word (in its annoying context) was in Malaysiakini's No reversal on Azmin, MB tells Anwar.

By now I am sure most, if not all of you readers are aware of the PKR intraparty tussle between Khalid Ibrahim and Azmin Ali where the latter was dropped from PKNS board of directors.

MKINI reported: In an immediate reaction, Anwar Ibrahim had called for a withdrawal of the letter since nobody owned up to it and the reasons were unclear. Azmin, who was with Anwar when he made this call at the PKR headquarters, was tight-lipped.

... and why should we be un-calm* by Anwar's 'immediate' reaction?

* just taking some liberties with English - after all we Malaysians are famous for our Manglish, wakakaka.

While calling for a review of the decision, Khalid did not give a deadline for now.

"As this is not a matter of public urgency, the state government requests the public to maintain calm and remain patient while awaiting the decision of the exco," the statement said.

Now, my dear 'Royal MB', we the public don't give two figs about Azmin being dropped from that Selangor state post, so why would we be un-calm ... at least not until you riled us with your patronizing call for the public to maintain calm.

Okay, this post is not about PKR intraparty war but then, I just read TMI's The Empire Strikes Back ... ooops ... PKR nixes Azmin camp’s proposal to sack Khalid as Selangor MB as revealed to the online media by sweetie Eli Wong. Hope everyone in PKR was highly agitated and not calm, wakakaka.

Okay, let's move on to other annoying words.

I wonder whether you have read one of my earlier posts (2008) titled Malaysiakini's Great Helmsman over at my older blog BolehTalk, where I cut my blogging teeth under the blogging tutelage of Mr X, the original blog owner.

With apologies to my good matey Steven Gan of Malaysiakini (wakakaka matey it's after all some five years ago), I was so annoyed by the journalists at MKINI's for repetitively using the word 'helm' when so many other equivalent or even better words exist (shades of the church's preferred 'word'? wakakaka).

I had then posted (extract):

I’m going to pick on one of my bêtes noires, namely a certain word used by the media.

As some of you would be already aware, I dislike immensely the word ‘helm’ used in a specific context, as in 'head' a project or hold a 'leadership' position or 'manage' a task.

Why can’t Malaysiakini journalist or editors, even if they still insist on a nautical flavour, use words like:

Of course those ‘sailors’ at Malaysiakini couldn't use ‘head’, because in naval terms, 'head' is a toilet wakakaka.

Imagine 'she was selected to head the team' would probably see her being endlessly ribbed with 'hello there skipper, anyone inside with you?' wakakaka, but then on second thoughts, perhaps it may be okay as this is the landlubber section, wakakaka. 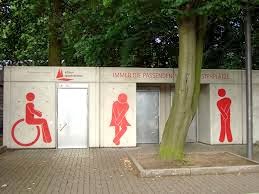 Then apart from 'head' wakakaka, there are of course other general (non-nautical) words like ‘lead’, ‘direct’, ‘overseer’, ‘run’, ‘manage’, etc.

Today, five years later on, I still see or rather read more of this 'helm' obsession in other online news media as well ... f**k!

Then the other phrase (or words rather than just a word) is 'don't test our patience'!

I'm sure you know who normally would say that. But by saying that, those f**kers had indicated that they had probably lost their patience, so it's quite annoying to read or hear of those bullshit-ish words? But worse, there's that look-down-on-you patronizing tone in those utterances. Pordah!

Next, one of the words I most deplore is 'reformasi' wakakaka, when I consider who said that and what that person had incongruously (ie. most unrefomasi-ishly) tried to do. Given this, it's hardly surprising I love the Malay axiom 'cakap ta'serupa bikin', wakakaka.

Thus, dearest Nurul should be aware that the preposterous title 'Princess Reformasi', apart from its extravagant indulgent absurdity, carries more of a stigma than a compliment or adulation.

Now, we come to journalists who must never be allowed to fly an aeroplane or sail a ship because they probably had failed their maths in school.

Look, I hate to return to Malaysia’s notorious sodomy trials but to make this point about an annoying journalistic phrase I am forced to touch upon the antics of Azlan Mohd Lazim, the dad of Saiful Bukhari – no, I’m won't be discussing the core issues brought out during the trials.

Azlan Lazim, just less than two months after dismissing his son’s allegation against Anwar Ibrahim as a fabrication at a PKR organized press conference and then joining the party as a member, did a volte-face to state that he had made a mistake in his earlier declaration after he realized the sodomy charge was not a political conspiracy against Anwar.

There’s a lovely Malay word for Azlan Lazim's behavior (no, not the one with an etymological pedigree from the Middle East, wakakaka), to wit, belakang pusing.

Now, tell me, direction-wise what do you understand by belakang pusing?

Let me provide you with a reference point, say, you had been facing North and you belakang pusing. Which compass cardinal point would you be facing now? 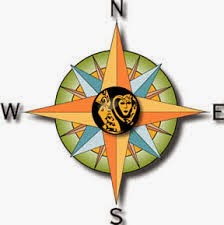 If you read a couple of online news media (no, not Malaysiakini this time, wakakaka) they wrote, and not just once, lines descriptive of Azlan Lazim’s volte-face as ‘Saiful’s dad makes 360 degree sodomy turn’ and/or ‘makes a full circle’.

Mate, if you are facing North and you belakang pusing you would be facing South, 180 degrees away and not 360 degrees!

Okay, hands up those of you who got this wrong, and that includes you, my loverlooes, wakakaka. Of course you could argue in mitigation you are the type who makes lousy belakang pusing, wakakaka.

Mateys, ‘makes 360 degree sodomy turn’ and/or ‘makes a full circle’ would mean you’d end up again in the SAME f*** DIRECTION which means no change at all in direction or stand ... 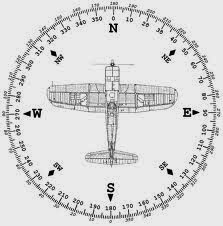 … which has been why I stated there are journalists who must never be allowed to fly an aeroplane or sail a ship, wakakaka. Yes, it'd be okay for them to drive a car because all they have to do then would be to follow the road, no compass required, wakakaka.

This more or less brings us to the current vogue word which I have to confess I do not dislike but rather, I can never get enough of if it's the real stuff (not just the word) which is stir-fried with sambal belacan, or served with cuttlefish soaked in alkali water (both blanched and sauced kau kau) a la Penang-style jiu-hu-eng-chai, yummy and wakakaka.

But then it's an annoying word NOT for me but alas, for Ah Jib Gor, wakakaka.

BolehTalk - Kajang folks, be bloody grateful!
Posted by KTemoc at 10:55 am