The horns of dilemma

Between Scylla and Charybdis.

Between the Devil and the deep blue Sea.

Between a rock and a hard place.

Be on the horns of a dilemma. 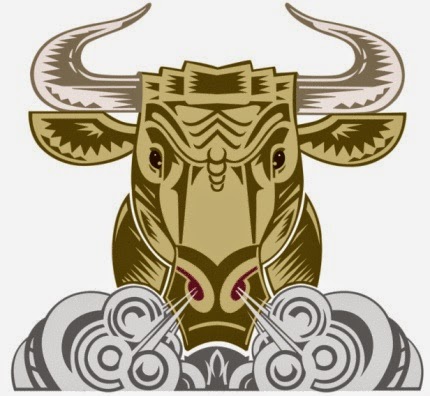 All more or less means caught in a quandary, though each idiom has its own characteristic and subtler meaning. But quandary as a common denominator suffices.

Quandary is defined by the dictionary as 'a state of perplexity or uncertainty, especially as to what to do', a dilemma so to speak, and as one of the idioms above mentions so succinctly, 'be on the horns of a dilemma'.

This is the current predicament for PAS, DAP, MCA, Gerakan and Najib Razak.

Let us examine what the horns of dilemma for each could be, respectively. 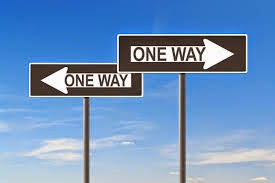 PAS knows it requires non-Muslim non-Malay votes to win in quite a few federal constituencies (last I heard after 2008 was 66) to firstly overthrow UMNO and secondly, with the support of PKR and DAP, form the federal government. With the current antagonism the nons have for UMNO, and with DAP support, those votes are basically there on a silver platter for PAS' taking.

But it also wants to implement hudud, which unfortunately for PAS frightens and repulses the non-Muslims non Malays as had been the case in previous years, well, until Pakatan was successfully formed to participate in the 12th and 13th general elections.

PAS must have also believe that implementing hudud will show the Heartland it's a far more pious Islamic entity than UMNO, thus it also argues (probably among party strategists and senior members) that if it doesn't push for hudud, UMNO will upstage it a la Dr Mahathir's 1991 Islamic State declaration.

Let's recall that on 12 November 2001, Malaysiakini published The Islamic state debacle, which stated (extracts only): 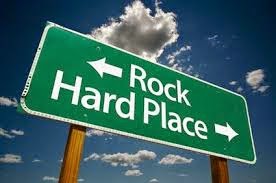 The declaration by Prime Minister Dr Mahathir Mohamad that Malaysia is already an Islamic state when he opened the Gerakan annual delegates conference in September further complicated the Islamic state controversy in our country.

Mahathir's declaration could be seen as a two-pronged political gimmick to out-do PAS on the Islamic state issue. On one hand, he wants the Malays to believe that Umno is no less Islamic than PAS. On the other, he tries to convince the non-Malays that Umno's version of Islamic state is more moderate and acceptable compared with PAS'.

According to Mah, the Bar Council is of the view that the fact that some countries perceive Malaysia as an Islamic state, that Malaysia may qualify as one according to definitions by the ulama and that the prime minister has made what is essentially a political statement, does not change the legal religious stand of Malaysia as a secular state as expressed in the constitution.

That's what the authorities in Terengganu are currently doing, to show the Heartland, preemptively way way before GE-14, that UMNO is far more Islamic than PAS.

Terengganu has recently passed syariah legislation which can punish Muslims who don't attend Friday mosque prayers (by parading them riding in a hearse), and some sweeties who ride pillion on motorcycles, and that shops must close for 2 hours on Friday during noon time.

Hasn't Terengganu been doing exactly what Dr Mahathir did in 1991 to outflank PAS in the Heartland?

This is also a dilemma for PAS, what its more religious members might be delighted in, but as a political party it fears.

Other than the above political points, I am not going to go into why PAS is so insistent on implementing hudud when there are many Islamic countries which don't incorporate hudud in their legislature, while those which have, have shown their unmitigated brutally unjust judicial systems, within which the Compassion of Allah swt was markedly (and remarkably) missing while the cruelty and injustice of the priesthood castes have been overwhelming.

That's the horns of dilemma that's poking at the arse of PAS, wakakaka.

There are a few options for PAS to overcome both rock and a hard place, which I have already blogged on so I won't go into them again.

DAP's horns of dilemma are the exact opposite of PAS. In earlier euphoric days we saw some DAP leaders sprouting Quranic verses to the immense delight of Allahyarham Datuk Haji Nik Aziz and making regular reference to the golden days of some Islamic caliphates, just in the same way that PAS had (momentarily) discarded its preference for hudud for the so-called 'welfare state'. 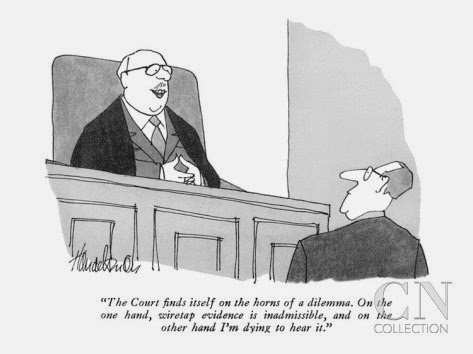 I guess not so now for both sides where they realize their implacable irreconcilable differences.

DAP is caught between wanting to continue with PAS and PKR in a Pakatan coalition, one it sees as the only feasible solution to replacing BN as a government, and the repugnance of PAS' insistence on implementing hudud, which will affect its standing with non Muslim voters a la 1999.

Those are the two very sharp horns of dilemma shafting at its 6 O'Clock, wakakaka.

MCA and Gerakan are hardly worth talking about, but there in DAP's dilemma, they see some glimmer of hope which they will undoubtedly exploit, expand and exaggerate to their benefits - and why not for that's all fair in politics. 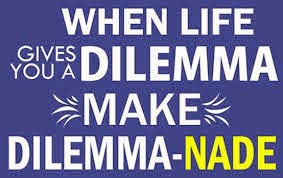 But they are constantly buggered (shafted in their behind) by UMNO ultras making arrogant hostile remarks against Chinese (and to a lesser extent, Indians). Nice of their TaiKoh to keep pulling the comfy rug from beneath their very 'chicken' feet, wakakaka.

Really, they have lost mucho 'face' in staying on as so-called UMNO partners and  as many Chinese have said, 'better to die than to continue in shame', but then they will 'lose' more if they leave, wakakaka. Horns of dilemma?

Ah Jib Gor wants the support of the nons but he is denied showing why he deserves their votes when he has been interdicted in every which way by certain UMNO forces.

We need go no further than to keep an eye on Pak Kadir Jasin's posts to see these. Pak Kadir is the mouthpiece of someone we know so well, don't we, wakakaka? 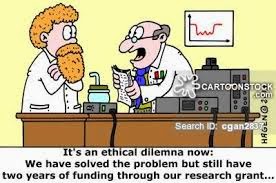 So to maintain support from within UMNO, Ah Jib Gor acts in ways that has repulsed his so-called Ah Tee's (adik2). Thus he suffers from these, his horns of dilemma.

I suspect he is the first Malaysian PM to be shafted every which way, by both the federal opposition and his own UMNO, wakakaka. I wonder whether he'll even be shafted into eventually joining his former UMNO matey (and senior), Anwar, in prison.

To conclude, I can daringly say, those caught on the horns of dilemma will ultimately (have to) choose commonsense fundamentals, namely, their personal political survival. Thus PAS will opt for hudud (and Muslim votes) over Chinese voters, DAP for secularism (and nons' votes) over Malay voters, MCA and Gerakan for BN over 'face' or dignity, wakakaka, and Najib for his survival in UMNO over 1Malaysia and world class governance.