In Malaysiakini's For P Pauh polls, PKR should break mould the author Terence Netto suggested that PKR do what Dr Mahathir did for Anwar Ibrahim in 1982 when he parachuted AI into Permatang Pauh instead of nominating another more senior candidate from the party. 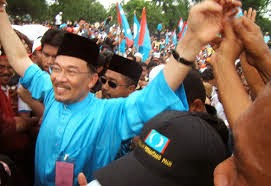 Terence Netto penned: The then-prime minister, Dr Mahathir Mohamad, was shaping to dissolve Parliament, having been in office for nine months after succeeding retired Hussein Onn the previous July. Requiring as a newly-installed PM a fresh mandate from the people, Mahathir caused a huge surprise by reaching across the political divide to induct Anwar Ibrahim, then Abim president and nascent leader of the Malaysian opposition, into Umno.

The sensation of that induction had barely time to recede when Anwar was announced as the party’s candidate to wrest the Permatang Pauh seat, held by PAS, in the polls scheduled for late April.

Until the announcement of his joining Umno was made, Anwar had been more likely to become president of PAS upon incumbent Mohd Asri Muda’s retirement although he did not hold a position in the party and neither was he a member.

But by doing so, Dr Mahathir effectively chopped off from PAS a potential and dangerous leader who could have wrecked severe political damage on UMNO, wakakaka.

And it must be said Dr M would not have succeeded in his brilliant strategic move if he did not have the willing cooperation of Anwar Ibrahim, who was then leader of ABIM and slated to be PAS President by former PAS President Fadzil Noor who loved Anwar.

Dr M had much to thank for in Anwar being (then) more than willing, enthusiastic and wholehearted in wanting to join UMNO ........ of course with the intention to change UMNO from within, but which he (Anwar) forgot to do so during the entire 16 years he was in UMNO and roosting at its exclusive top echelon of power, wakakaka.


Netto has suggested a similar, well almost similar Mahathir-ish strategy, where ..... PKR, with DAP support, can break new ground by loaning Permatang Pauh to PAS and fielding its vice-president Husam Musa in the upcoming by-election for the seat vacated by a convicted Anwar.

Husam is under interdiction by the assertive ulamak wing of his party which seems determined to weed out progressives like him.

This is a retrograde move by the ulamak, a move reflective of a mind-set that prefers ideology over reality, essence over existence.

If the blood-thirsty 20th century taught humankind anything it is that the irruption of ideology into political realities is the recipe for much political woe.

But the religious inebriates of PAS contend they are only going about God’s business which incidentally is what the Islamic State of Syria and Iraq say they are doing.

So, according to Netto, by saving Husam Musa from PAS ulama, Pakatan stands a better chance of surviving from the centrifugal intent of those PAS priesthood caste, yes, who seem bent on PAS going its separate way from Pakatan. 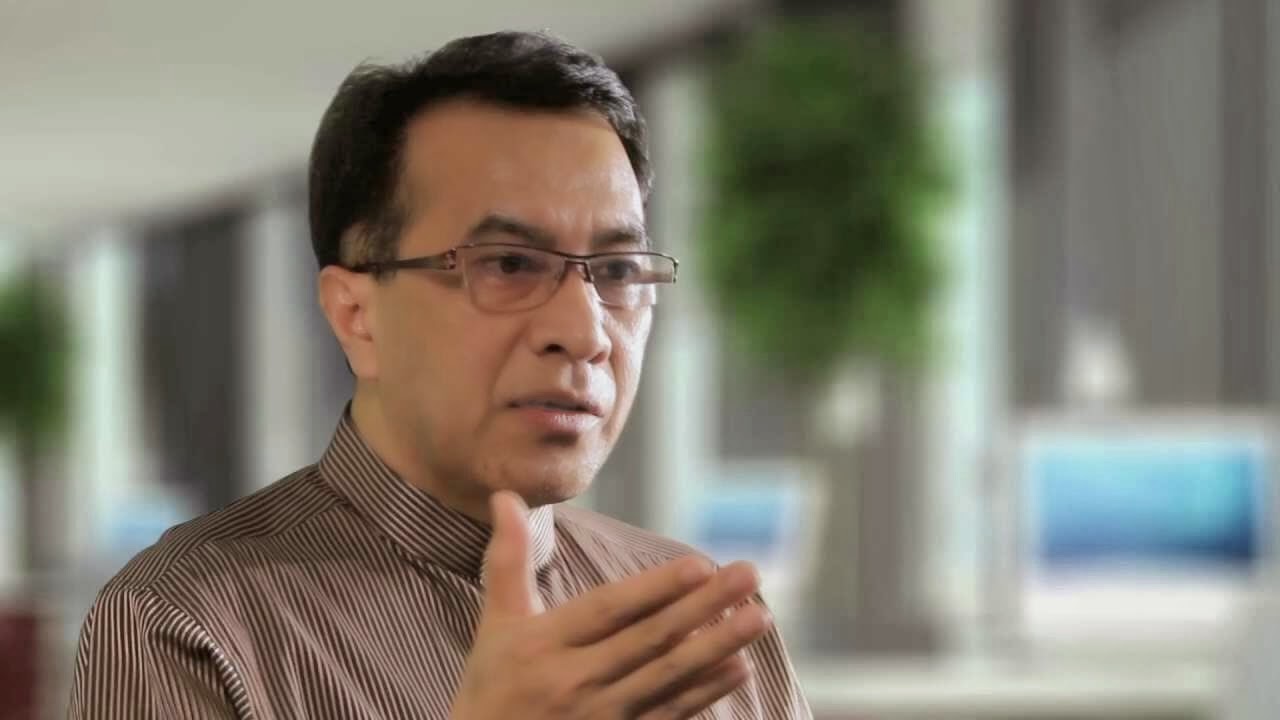 Will PKR listen to Netto?

I personally doubt it because PKR has a narrow outlook in politics that's completely non-charitable, devoid of Pakatan kam cheng*, nor strategic in its thinking in terms of Pakatan interests (only PKR interests), and frankly, quite avaricious**.

This is where I have to give some credit to Anwar Ibrahim who seems to be the only person in PKR who has a strategic sense of Pakatan's priority, even though it's only to optimize his personal conquest of Putrajaya, wakakaka.

Take the Gelang Patah case - when MCA chickened out despite or rather because the constituency has 54% Chinese voters, and surrender it to UMNO to contest [what a disgrace for MCA], Lim Kit Siang made a bid to contest same, but PKR Chua JM had had his eyes on that winnable seat.

But with Anwar's blessing Lim got the GP seat and won it, whilst as a party to party compensation, CJM was given the DAP's Segamat seat which he lost even to a party like MIC - Pordah!

And then there was those infamous PKR grab of Sarawak's state seats - for more, read my A letter to PKR.

But now with Anwar no longer in charge to stamp his imprimatur on any seat exchange or seat loan, I doubt PKR will ever consider Netto's suggestion.

But really, Netto has a point, though I wonder why he hasn't nominated Mat Sabu who's PAS deputy president but one still without any parliamentary status.

Besides I'm a bit weary of P Pauh remaining in the Anwar family cupboard - ya, I know, you'll be accusing me of anti Anwar vendetta, but I guess it's no point attempting to convince childish minded Myrmidons, wakakaka.

But do consider the merit of DAP's daring candidature in the last Teluk Intan by-election despite the likelihood of a loss, as an example of strategic thinking. 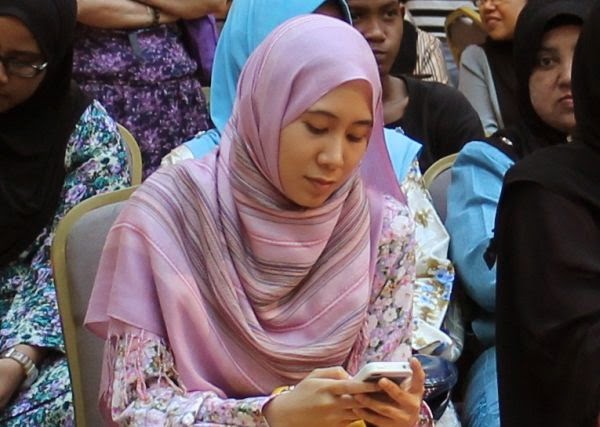 Yes sir, of late we have witnessed in several online news portal a burst of promotional publicity for Anwar's 2nd daughter, Nuha, which is hardly surprising since the same supporters have even been preposterously talking about her elder sister as PM in place of the father, wakakaka. Nurul Izzah is certainly sweet but hardly PM material at this stage of her political career but then, that's cultism for you, wakakaka.

But seriously, even if PKR doesn't want to loan the seat to PAS or god forbid the DAP (wakakaka), can't it nominate another candidate other than sweetie Nuha or non-recyclable Dr Wan, the latter in truth a reluctant pollie and one given to sprouting about God's gift to the people, wakakaka?

What about Badrul Hisham Shahrin who's better known to us as Chegubard? 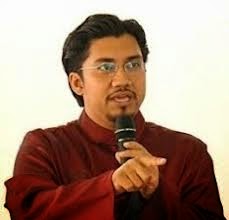 Yes, he is currently under party suspension, unless of course he has already been expelled quietly or has left on his own accord, wakakaka.

I reckon his suspension has been unjustified in the usual PKR manner where questions on its questionable party polls (not once but twice) had been swiftly swept under the carpet, and with loud and noisy dissenters or complainants like Chegubard punished into silence.

During the last general elections, Chegubard suffered a number of unfair nonsense including the sabotaging of his last-minute contest in Sungei Aceh which turned into a 3-corner contest with PAS treacherously standing its Youth chairman Mohd Yusni Piah as a candidate in the same constituency, and worse, PAS members' physical assault of him an his wife at the election centre during election nomination.

Note: the samseng-ish assault brings to mind how PAS Mohamed Hanipa Maidin, a party central committee member, was assaulted recently by some PAS members - seems it's not only UMNO members, especially those in Penang wakakaka, who have been prone to violence. Hmmm, now could PAS claim it's an Islamic party with Islamic values?

Nominating Chegubard as PKR's candidate in the pending P Pauh by-election will surely help heal party wounds and divisiveness and at the same time put forward a good and very popular candidate, especially with youths.

Another good PKR bloke, indeed a local Pulau Pinang man, would be Abdul Malik Abul Kassim. He is currently a Penang State exco member in charge of religious affairs, domestic trade & consumer affairs, all 3 portfolios gnam gnam as noteworthy credentials for him to contest P Pauh. Surely it's time for Malik to move up a grade to federal level politics.

I thought at this stage it might be worthwhile for us to review a FMT article published after GE-13 (04 June 2013) titled Anwar, Azmin blamed for PKR losses which tells us:

In interviews with FMT, PKR figures at state and divisional levels said the top leaders of the three parties in the pact all made some blunders, but they reserved their harshest criticism for their own leaders, specifically party supremo Anwar Ibrahim and deputy president Azmin Ali.

Most of these informants were candidates in the election. Some of them won and some lost, but all of them said it would have been futile for them, as lower-rung leaders, to point out to the top leadership the errors they were making in preparing for the election.

They said the main reason PKR lost many promising seats, including those it won in 2008, was that the process of choosing candidates was dominated by Anwar and Azmin. Azmin chaired the party’s election committee, which had final say in the choice of candidates.

As a result, they added, the candidates they recommended were dropped in favour of the two leaders’ cronies.

“They even overruled the party president,” said one source.

“It’s okay if a candidate proposed by a division is rejected because he has some bad record or has never worked in the constituency identified for him.

“But many of the rejected candidates were clean and had worked tirelessly for the party. They had brought in new members and done all the other things that an aspiring candidate should do. Furthermore, they were well received by PAS and DAP at the respective constituencies.”According to the sources, PKR could have won at least 10 additional parliament seats if the party had accepted the candidates proposed by the respective divisions. These are Bayan Lepas, Kulim Bandar Baru, Langkawi, Tanjung Malim, Bagan Serai, Pasir Salak, Hulu Selangor, Setiawangsa, Johor Bahru and Labuan.

Though P Pauh is virtually a blue ribbon seat for PKR, meaning it's very winnable even for PKR novices like Nurul Nuha or On/Off pollie like her mum, or any of Azmin Ali's henchmen, wakakaka, it best to remember the FMT article above and not rely on Azmin with the selection.

Indeed, it would be nice to have a credible candidate like party stalwart Chegubard or Abdul Malik Abul Kassim.