An old bone has been dug up in recent times, amidst the UMNO-instigated anger against the 'ungrateful' Chinese who had almost en bloc voted for Pakatan and against UMNO's crony, MCA. 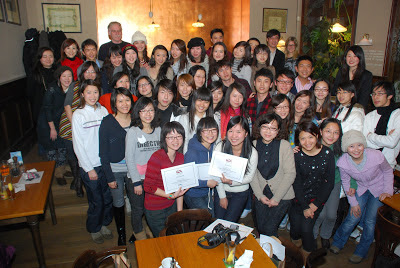 The so-called 'bone' is the fact that, unique in Malaysia among other SE Asian countries, the Chinese citizens still (publicly/openly) retain their Chinese names and are allowed vernacular schools, as are the Indians.

This is an undeniable fact and thus, if a Chinese places much value on these two issues, that of being able to publicly/openly use his/her Chinese name and study at or have his/her child or children study at vernacular schools, then he/she is lucky to be born in Malaya/Malaysia.

One could even argue that in SE Asian countries, such a situation could be considered a rare privilege.

But should the Chinese be 'grateful' to the UMNO-led government for such privileges, as the 'bone' of contention aims to suggest?

In order to answer this complex and vexing question, let's examine and compare Malaya/Malaysia with two neighbouring countries, Thailand and Indonesia, where in both, almost every Chinese citizens have (let's call it) indigenous names or native names.

* I am not sure why Liem Swie King was so named as he was the only son of Ng Thian Poo and Oei See Moi which meant he ought to have the surname Ng.

At the age of 18, in order to be accepted in the national team and received government instructions (presumably coaching) he adopt the name of Guntur which still doesn't explain why he ended up as Liem Swie King, a name which doesn't reflect his sire's surname nor the mandatory practice of Indonesian Chinese to have indigenous names.

Strangely enough, both his sisters were named in typical Indonesian style as Megah Inawati and Megah Idawati. Both played for Indonesia in the 1965 Uber Cup.

The reason why Chinese Indonesians were (I think no longer 'are') required to have indigenous names was due to a Suharto anti-Chinese edict.

In 1965 Suharto, then a Major-General and a very powerful one as Panglima Kostrad (Strategic Command) because Kostrad held direct operational control of the army and special forces, used the excuse of Gestapu to seize power.

[Gestapu is an Indonesian acronym referring to the alleged Indonesian Communist Party (PKI) plot to seize power on Gerakan 30 September, one which started with the murder of 6 army generals and the dumping of their corpses into a well at a place called Lubang Buaya].

Many suspected and still suspect it was a CIA sponsored coup d'etat to prevent communist domination of Indonesia at a time during the Cold War, but the Indonesian Communist Party members were slaughtered in their hundreds of thousands, if not in the million. There is still lingering suspicion of who (other than the alleged PKI) had actually murdered the 6 military generals to provide Suharto with grounds to take power through a military move against not only PKI but also Sukarno.

Anyway, when he became president his government implemented legislation which were viewed as anti-Chinese in Indonesia. One of these was the 127/U/Kep/12/1966 which mandated that ethnic Chinese living in Indonesia take up Indonesian-sounding names in place of their Chinese monikers. Chinese Indonesians as a minority were powerless to oppose Suharto's new law.

Suharto and his officials had also wrongly but deliberately accused Chinese Indonesians as supporters of PKI, the Indonesian Communist Party. Their sinister aim was to extort unofficial taxes from wealthy Chinese for the latter to be 'protected' from anti-Chinese pogroms.

Thirty one years later, when he was under political threat from a then-popular Megawati Sukarnoputri, riots broke out throughout Indonesia particularly in Medan, Jakarta etc which were targeted at the local Chinese, but blamed on Megawati's party. Naturally in the re-held elections, he won. His son-in-law Lieutenant General Prabowo Subianto was also Panglima Kostrad. Coincidence?

So the Chinese Indonesians (in 1967) sucked on that and adopted western names as first names (eg. Hannah wakakaka, and Helen wakakaka) and Javanese or Sundanese names as surnames. However, all these didn't protect them in the 1998 nation-wide riots against the Chinese, where the riots were actually 'used' to discredit Megawati's political party.

Aiyah, when those Indon pribumis fought against each other, they used the Chinamen and Chinawomen as convenient surrogate targets to pass the message to Indons that the 'other party' was not reliable or credible. Sounds familiar?

Even when adopting Javanese or Sundanese surnames, the Chinese somehow squeezed in their Chinese surname, though in this practice, there was no standardization. For example those with the 3000+ year old surname of 林 or Lim (in Hokkien as most Chinese Indons were/are Hokkiens) or Lin (in Mandarin) or Lam (in Cantonese) would use Limanto or Halim, etc.

Some who were far more ingenious even used the old Javanese 'wana' (forest) to depict the Chinese 林 (also forest) and then added the male-suffix 'ndi' to come out with Wanandi. Imagine our Wanandi Kit Siang, wakakaka or to sound more native, Wanandi Siang ;-).


Not to leave out the equally old and well-known Chinese surname of 陳 or Tan (in Hokkien), or Chen (in Mandarin) or Chan (in Cantonese), those Chinese Indonesians with that surname adopted Sutanto as their family name.

Another example of Chinese cultural ingenuity would be for the even older surname of 張 or Teoh (in Hokkien) or Zhang (in Mandarin) or Cheung (in Cantonese), where its new Indon-styled surname would be Sutiono or Thiono. The Indons spelled Teoh (or Teo) as Tio, presumably in accordance with Dutch-European styled spelling.

Hmmm, come to think of it, I wonder whether Liem Swie King adopted his name as such because he wanted to incorporate his family surname of Ng, though it still doesn't explain why or how the Indonesian government permitted what has been basically a Chinese sounding name?

King Rama VI's intention was to minimize racial tensions between native Thais and Chinese Thais. Thus he was far more noble, benevolent and successful in his intention than the Suharto regime's sinister objective, one of persecution against the Chinese which included extorting so-called 'taxes' from rich Chinese businessmen through threats of pogroms being inflicted upon them, but which didn't save the Chinese from such a 'special' anti-Chinese pogrom in 1998.

The Thai Chinese did (much earlier than) what their Indonesian counterparts did, that was, to either incorporate or disguise their Chinese surnames into their new Thai surnames.

A few even had their surnames conferred by the Thai monarch, as was the case for former PM Abhisit Vejjajiva's great grandfather whose Chinese surname was Yuan (袁) and who was King Rama VI's Pubic Health Minister. The royal conferred surname of Vejjajiva means 'medical profession'. Abhisit's father was also a Public Health Minister in 1991 under the military junta which seized power in that year.

Some Thai PMs with full or partial Chinese blood were/are:


But in the two cases of Thailand and Indonesia, the Chinese forced to adopt native or indigenous surnames experienced the following circumstances:

(b) there was basically a lack of democratic process

(d) most important of all, the indigenous names were not religiously linked or tied to a religion.

By contrast, in Malaya (then Malaysia) the Chinese were not compelled to take up indigenous surnames because:

(a) as part of Malaya gaining its independence from Britain, the British overlords extracted agreement from the Malay leaders some safeguards and rights for the non-Malays

(b) Malaya has a British-styled Constitution, Westminster parliamentary system and basically a legal system inherited from the British system, which would have prevented, nay, prohibited such cultural proselytization 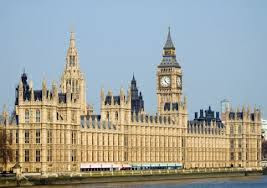 (d) without British colonialism, would there have been a nation called Malaya, let alone Malaysia? There certainly were a number of Malay Sultanates but no nation-state as we live in today.

(e) in Malaya, dare we say there was no indigenous name independent of the Arabic or Quranic names which the Malays have adopted, though subsequently with the formation of Malaysia, Sabahan and Sarawakian indigenous names became available.

My uncle who was a military officer told me of a forum in which the issue of Indonesian and Thai enforced surnames for their Chinese citizens was brought up. He cheekily said he was quite willing to adopt a Malaysian indigenous surname like, just as an example, Rudy Harmocko or even Johnny Ningkan, if there was such a royal edict requiring that of Malaysian Chinese.

The adjudicator for the forum (of about 15 participations in his group), a Malay army colonel, was astonished by his suggestion and asked him to truly confirm that he was willing to do so. My uncle replied he was, but (cheekily I suppose) stated he expected everyone in the forum to do likewise, that was, adopt a Malaysian indigenous surname which was not linked to a foreign language (he was insinuating Middle-Eastern names like the ones held by Mahathir).

He related that every Malay in the forum caught his message and most including the adjudicator smilingly admitted that was rather revealing, implying they hadn't thought of their own names as not indigenous.

Chinese have not been adverse to adopting non-Chinese names. I am not referring to Christians like Teresa Kok, Hannah Yeoh or Tony Pua. There are non-Christian Chinese who are Buddhists, Confucianists, Taoists or even atheists who have western personal names. I wonder whether Miss Muppet is Buddhist wakakaka.

Once I knew a Malacca sweetie, a very staunch Buddhist but who possesses (on her birth cert and IC) the rather English-Christian name of Abigail, wakakaka.

When I was growing up, my cousin, another staunch Buddhist, encouraged me to adopt a Buddhist first name, in the manner that Christian Penangites did with their Peter, John and Matthew. He offered me Ananda, Aniruddha or Sariputra. Alas, already infused with atheistic values I politely declined but today I have often wondered whether I should have adopted the last (Sariputra) as I might possibly pass myself off as a bumiputra, not for the NEP privileges but for 'improved friendship' with Malay sweeties, wakakaka.

Wonder whether Mr Hitler Wong would be able to get a visa to visit Israel or the USA, wakakaka. But I sure love the 'Chlorine' that Shum had chosen, wakakaka.

My hats off to them for breaking away from the influence of traditional British colonialism, wakakaka.

Before I end, do you know that the Thai King of the Thonburi Kingdom, Somdet Phra Chao Taksin (reigned 1767 - 1782) had a Chinese father with the surname of 鄭 or Teh (in Hokkien; spelt Tay in Singapore) or Zheng (in Mandarin).

He is today recognized for his warrior role in liberating Thailand from Burmese control, unifying Thailand and for his respectful care for his royal predecessors (which he himself wasn't to enjoy as we'll soon see), and given the title of 'The Great'.

He was also a great linguist and could speak fluently (apart from Thai) Chinese, Annamese (Vietnamese?) and several Indian languages.

Taksin was the only King of the Thonburi Kingdom because he was murdered by his childhood matey and military general, Phrabat Somdet Phra Buddha Yodfa Chuloke, who then seized the Thai throne, reigned as Rama I and founded the Chakri dynasty which lasted until today where the present King of Thailand is Rama IX.

The mother of Rama I was half-Chinese, thus he was like his murdered predecessor, King Taksin The Great, of mixed Thai-Chinese blood.

It seems to me that there could be a danger in forcing Chinese to drop their Chinese names for indigenous ones as the terrible Chinese may work their way up the ladder of power unnoticed, wakakaka.
Posted by KTemoc at 1:02 pm