No longer any sense of decency

A letter from Ali Kadir to The Malaysian Insider

SEPT 25 – I don’t know about you but I am disgusted with Umno and its sycophants, MCA and Gerakan, and I believe that we have to reject them wholesale for:

1) The culture of idiocy they nurture. There is a difference between BN and Pakatan Rakyat.

Whenever Lim Guan Eng or Khalid Ibrahim is accused of wrongdoing they don’t hide. They come out with proof, sue to clear their name and even engage international audit firms. In contrast, till today no one knows how Altantuya Shaariibuu’s immigration records were erased or why the RM250 million sweet deal was given to Shahrizat Abdul Jalil’s family or how Cabinet ministers are able to live a life of luxury on RM18,000 a month. 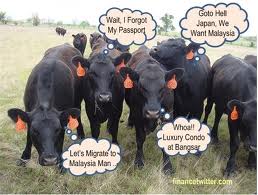 Till today, there has been no rebuttal of the fact that millions of ringgit were paid in kickbacks to the highest offices in Putrajaya from a submarine deal.

2) The dumbing down of Malaysia. Umno newsletter, the New Straits Times, reported that local NGOs had received RM20 million to destabilise the government. These journalists must be as dense as their political masters. 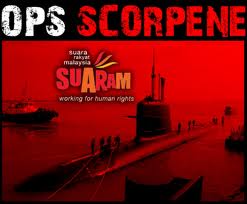 And now we have Gerakan politicians going after possibly the cleanest politician in Penang.

See, this is the new strategy of the desperate. if you feel threatened by any individual or organisation just keep on flinging mud at them and hope that some of it sticks.

What Teng Chang Yeow and gang must understand is this: people are aware of the hypocrisy. For nearly two decades, Koh Tsu Koon and Gerakan did nothing and played dead when the state was being ravaged by Umno thieves.

And now when they are out of power and irrelevant, they are suddenly talking about corruption, etc.

3) The culture of violence. Roughhouse tactics are being used by Umno and their associates to intimidate undergraduates contesting campus elections aligned with the opposition. 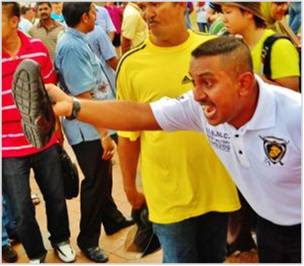 There is no longer any sense of decency. They just want to remain in power and want to silence any dissent.

We have a choice: we either put up and shut up OR we kick them out.
Posted by KTemoc at 7:01 am