FMT - Change the teachers to improve the education system by A Kathirasen: 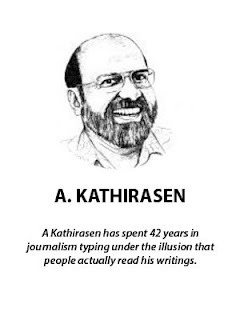 I was having tea with my old schoolmate Lim Kah Huat on Sunday when he informed me that the grandson of a famous principal of our alma mater had visited the school a day earlier.


Anthony Thyndale had come to Malaysia – his first visit since he left Malaya aged six – and made it a point to visit Kind Edward VII School of Taiping (KE7) where his grandfather R P S Walker had served as principal from 1931 to 1939.

Thyndale’s father served the British army in Malaya, but Thyndale was shipped off to England to study when he was six.

Walker has a splendid reputation both as a teacher and an administrator and left the school greater than before when he left.

When Lim told me about it, I recalled some words of Walker which I had read while editing a souvenir book about the school some years back. It also brought to mind the recent outburst by a retired headmaster about our education system having hit “rock bottom”.

On Feb 14, V Chakaravathy, who retired as the principal of a school in Setapak, Kuala Lumpur, in 1995, told Education Minister Maszlee Malik and 200 others at a forum on “Malaysian Education” organised by the Asian Strategy and Leadership Institute that the quality of teachers had deteriorated drastically from the 1990s. 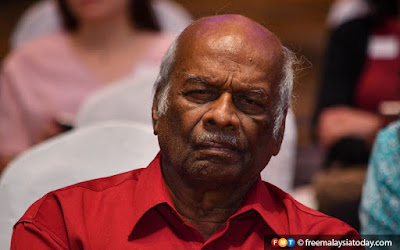 He said the situation was so bad that parents had to send their children for tuition after school. Teachers today, he said, had lost their commitment to the job because the system did not reward excellence.

Walker, on the other hand, had plenty of passion and commitment as a teacher and when he became principal, rewarded teachers who excelled.

To ensure the school produced well-rounded students he would get his teachers to give talks on current issues and contemporary ideas to students. He himself would give weekly lectures to the older boys on current events and contemporary history and economics. To improve the quality of their thinking, he would put them through an intensive course of reading selected books.

Walker believed that the school should teach a boy to learn and that the university should teach him to teach himself. That explains why his headship saw a golden age of academic distinction at KE7.

I think Maszlee, who is revamping the education system, should pay heed to Walker’s views. In fact, I would urge Maszlee to study the principles and methods of the early principals of our earliest schools such as the Penang Free School (established 1816) King Edward VII (established 1883) and Malay College Kuala Kangsar (established 1905). 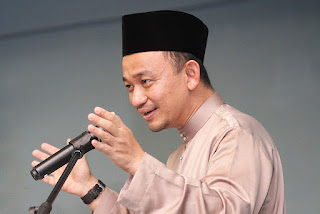 Maszlee should certainly study the way another KE7 principal, the famous Long Heng Hua administered the school (1964 to 1982). I should know, for he was principal when I studied there. KE7 soared to great heights in both sports and academic achievements under Long. He was so dedicated to the school that I heard he twice passed over an offer to be the Perak state director of education.

Many of us who were educated between the 1950s and 1970s will surely recall the wonderfully dedicated teachers we had.

“Teachers in the 1950s and 1960s were known for their passion and dedication. They not only understood fully what they were teaching, they would go the extra mile to make sure their students understood the material too.

“My English teacher would sit down with us to explain Macbeth because we had difficulty understanding Shakespeare’s language. My Mathematics teacher Cheah Keat Hin knew I was weak in Mathematics so he would ask me to come to the school in the afternoon where he would coach me.

“Our teachers would watch over us and even showed concern about whether we had eaten at home or during recess.”

Mohaideen reminded me about how then SP Setia chairman Wan Zahid Mohd Nordin cried while visiting the school in February last year when the topic of his teachers came up.

The media then quoted Wan Zahid, a former education director-general, as saying: “I come from a poor family, so while my friends rushed to the tuck shop, I wouldn’t be able to afford any food. I had to wait to go home for lunch. But the teacher, Lim Eng Hong, made it a point to walk around (during recess). He gave me 20 sen, and said ‘don’t be shy’.”

Mohaideen said teachers such as A K Sabapathy, Yeoh Teng Khoo, Lim Swee Chin and Utam Singh would go out of their way to help students, although they were very strict.

“Utam Singh would even drop by at my father’s shop and enquire whether I was studying at home.”

Mohaideen, who was the school champion in the 110 yards, 220 yards and 440 yards sprints, once broke the record in the northern region combined school sports meet in the 110 yards. His principal A L McCorkindale had noticed that Mohaideen had run with his bare feet while runners of other schools had worn spikes.

Immediately after the meet, which was held in Ipoh, McCorkindale drove Mohaideen in his car straight to a sports good store in Taiping and bought him a pair of spikes using his own money.

The businessman also related how principal Long had helped a student and an office boy move up in their lives. He said Tan Thean Hoo’s father was a hawker selling ice and tidbits. After Tan passed Form 6, the father wanted him to help with his business as he did not have money to send his son to the university.

After convincing the father to let his son continue his studies, Long managed to get a scholarship for the younger Tan to study in the US.

There was an office boy named Amin in KE7. Long encouraged him to study Form 3 and later Form 5 after work. With the backing of Long, Amin sat as a private candidate and passed the exams. Long pushed him to continue studying, so Amin went on to university and retired as a bank manager, Mohaideen said.

“This is the type of teachers and principals we had. It is so different today. Teachers then were concerned regardless of whether you smoked in school or outside school. Today, they don’t bother. There is no passion among teachers today,” he said.