MM Online - ‘We don’t want to be like BN,’ Guan Eng says of DAP's stand over honorary titles. 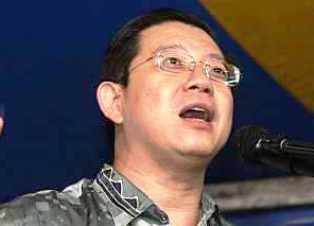 The DAP secretary-general and finance minister reiterated a reminder to party colleagues to prioritise public service instead of state or federal awards that confer honorary titles like “Datuk”.

“We should not be seen as how BN was then, where many had chased to become a ‘Datuk’.

“This culture in the party has to be maintained, where our value is based on our service to the people. Don’t be like the leaders in MCA and others,” he told reporters at the Parliament lobby here.

The Datuk-ship (eg. Datuk, Datuk Seri, Dati\uk Wira, Datuk Panglima, etc) is a title that comes with an honorary knighthood awarded by the Malaysian King (Yang di-Pertuan Agong), or the sultan of a Malaysian state, or the Yang di-Pertuan Negeri (YDN) (ceremonial governor & representative of the Agong) in non-sultanate states, namely Penang, Malacca, Sabah and Sarawak.

It's usually awarded as an annual and (sometimes)  special honours.

Malaya-Malaysia borrowed this award-honours system from the British and their royal honours award system. The Pommie example gave our founding fathers the idea of honouring citizens who have made significant contributions or sacrifices to the nation.

Incidentally, talking about 'significant contributions or sacrifices' by citizens in this post, I will not discuss gallantry awards like the Seri Pahlawan Gagah Perkasa (SP) or the Panglima Gagah Berani (PGB) which are very light-years different from datukships.

The British honours award process, where the Pommie Queen (and previously, Kings) awards knighthoods to high achievers in various sectors of the (once) British Empire (now reduced to the parts of the British Isle and minor islands in the Caribbean and Malvinas, wakakaka, and some former colonies which still subscribe to the British award system) is not a bad system per se.


But the Malaysian state has overdone such awards by giving it to undeserving people, some mere young chicos who have not done an iota of service for the nation.

Nonetheless, such awards are bestowed by the King or state Sultan or YDN.

On this aspect, Lim GE in his seemingly pompous process of reminding his party colleagues not to chase after awards and to focus on due service to the nation, has been unnecessarily insensitive to the feelings, pride and status of Malaysian royalty.

He could have done it more discreetly, by circulating a party internal memo without publicly offending the royals and Malay sensitivities. He has made the DAP look like being anti-Malay rulers even though his message has noble intentions. But he has behaved like a Chinese bull in a Malay china-shop. 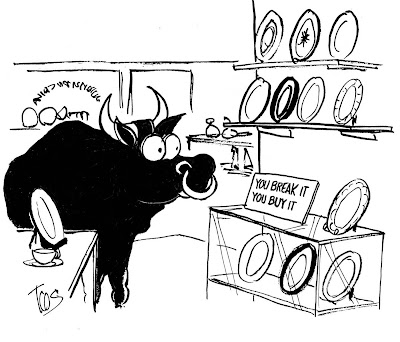