FMT - The deafening silence of PH leaders by TK Chua:


Malaysia must continue to speak up on issues such as moderation, good governance, people’s livelihood, sound policies and progressiveness.

But Pakatan Harapan’s victory has now given us another problem.

Umno, as an opposition, does not even know how to advocate these issues and continues to harp on Malay supremacy and privileges to stay relevant.

Similarly for PAS. Their preoccupation with religiosity and obsession with Muslim leadership regardless of competency and integrity.

It would have been more tolerable and palatable if Umno and PAS, despite their racial and religious orientation, have fought more for “livelihood issues” by articulating better policies and economic management.

But it is not to be. They have essentially used race and religion as conduits to power rather than to build a better Malaysia.

As for PH, they have largely forgotten where they came from. 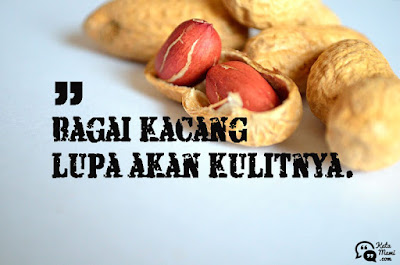 The smarter ones among PH have become frontbenchers. Hence, they don’t provide checks and balances anymore. In fact, they are even afraid of being criticised now.

The backbenchers among PH, except for a few, have also become silent or disinterested. I have got an inkling that many of them are just trying to be nice guys – you know, don’t rock the boat and wait for their turn.

Who then is fighting for Malaysia today? Who has pointed out the drastic increase in vehicle insurance premiums lately?

Who is studying whether the proposed increases in water tariff is justified? Who is following up on whether the current toll rates and electricity tariffs are “overpriced”? Who is looking at Lynas now? Who is concerned with continued environmental degradation and encroachment of our forests and catchment areas?

Who is monitoring the many construction mishaps and accidents in the country? Who is tracking inflation, cost of living, unemployment and wages?

Who is taking an interest in death in custody and unjustified use of certain draconian laws? Who is highlighting and criticising some of the ill-conceived policies being proposed and implemented by PH?

When BN was in power, we had no shortage of criticisms of government’s shortcomings and misdeeds. We justifiably highlighted many malfeasance and bad policies. Today, how many politicians do the same? Former prime minister Najib Razak has pointed out a few shortcomings here and there but he lacks credibility.


As I see it, many of the present politicians don’t even want to take an interest to know what is going on, much less to evaluate and criticise.

Many said May 9 was a watershed for genuine change and a new Malaysia.

Unfortunately, many are now telling me May 9 was not a watershed for change but an indication that we, as a nation, cannot really change. It is as if we are a handicapped country forever caught in the quagmire of political elitism, vested interest, cronyism, race and religion.

Food for thought, did Zimbabwe change after Robert Mugabe?

(1) Silence of Lamb (-paa-less) by DAP in face of Mahathirism Redux.


Edgar Lee Masters wrote a poem on Silence more than a century ago. The following is the last paragraph of his poem:

And there is the silence of the dead.
If we who are in life cannot speak
Of profound experiences,
Why do you marvel that the dead
Do not tell you of death?
Their silence shall be interpreted
As we approach them.