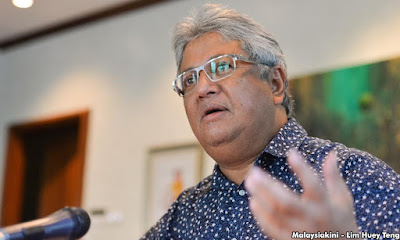 Former de facto law minister Zaid Ibrahim is the latest to add his voice to the formation of a royal commission of inquiry (RCI) to scrutinise the allegations of judicial impropriety.

He said an RCI with the proper terms of reference would be useful.

“The judiciary has been filled with unsavoury and sometimes shocking news of judicial impropriety, misconduct and possibly criminal acts allegedly committed by some judges.

Meanwhile, Zaid also noted how the revelations of former judge Syed Ahmad Idid in the mid-1990s were never acted upon.

“Now a senior judge (Hamid) has revealed more shocking revelations. An RCI will do the judiciary a lot of good, even if we are not able to punish one from the past. It will be good for the future,” he added.

In 1996, when Dr Mahathir Mohamad was prime minister, Syed Ahmad was forced to resign for writing an anonymous letter which was sent to a select set of high officials.

Among others, the letter revealed Eusoff had gone on a holiday to New Zealand with senior lawyer VK Lingam (photo), who appeared before the then chief justice in court on a number of cases.

Guess even Zaid couldn't tahan anymore in the recent revelations of judicial naughtiness.

The most notorious case was that of former (late) Judge Eusoff Chin holidaying in New Zealand with a pally-buddy matey.

The late judge Eusoff Chin had presided over the Court of Appeals which ruled in favour of a band of "highway robbers' in the infamous disgusting Adorna case of 1989.

The Adorna precedence oozing with such malodorous stink was used more than once, so much so that a highly infuriated Judge Sri Gopal Ram, then still in service, declared with immense anger his intention to ignore that fraudulent stare decisis (legal precedence). 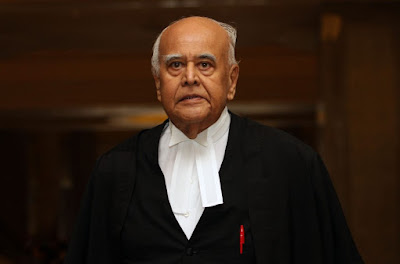 But fortunately, and perhaps because of Sri Gopal Ram's declared intention to ignore the criminal-fraudulent stare decisis, 10 years later in January 2010 the same court (but different Chief Justice and different PM) reversed its 1989 decision on a fraudulent land transfer, abetted by the decision of the Court then.

Chief Justice Zaki noted in his judgement, "I am legally obligated to restate the law since the error committed in Adorna Properties is so obvious and blatant. It is quite a well-known fact that some unscrupulous people have been taking advantage of this error by falsely transferring titles to themselves. I hope that with this decision, the Land Authorities will be extra cautious when registering transfers." 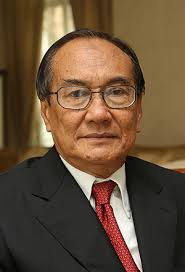 All that, the wicked criminal Adorna case and the improper New Zealand holiday, took place during the earlier premiership of Mahathir (1981 to 2003).

Mahathir appears now to be reluctant to have a RCI on the recent exposure of judicial nonsense.