PETALING JAYA: An MCA leader who criticised a memo on instructions to hasten judicial hearings of high-profile cases has been called to Bukit Aman to have her statement recorded.

Chan Quin Er said she would be heading to the police headquarters to give her statement tomorrow at 10am.

She claimed that an individual had filed a police report because she had raised questions about political interference in a supposedly independent institution.

“After my exposé of a circular on instructions to hasten judicial hearings of high-profile cases, which has now been confirmed, I have finally earned my ticket to Bukit Aman to have my statement recorded this Friday.

“It looks like the reality of being a whistleblower in Malaysia hasn’t really changed since Malaysia Baru,” Chan, an MCA central committee member, said in a statement.

MCA had previously questioned the impartiality of the Attorney-General’s Chambers (AGC) after a letter showed a high-ranking member of the office seemingly biased against Barisan Nasional (BN).

The letter by Solicitor-General III Mohamad Hanafiah Zakaria, which has since gone viral on social media, asks that efforts to delay cases related to the previous “kleptocratic government” be “strongly objected to”. 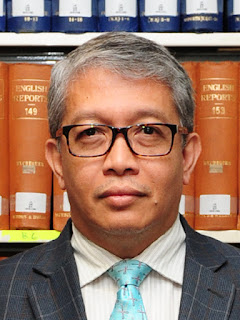 Hanafiah, who is also a deputy public prosecutor and former head of the Appellate and Trial Division at the AGC, had confirmed to FMT that he wrote the letter.

Chan had previously alleged that the letter “strongly suggests that the AGC is taking instructions from the prime minister”.

Chan, who is also a former federal counsel with the AGC, said what Malaysians really want with the institutions in Malaysia Baru is a high standard of integrity.

“That is all I am asking for. That is what most Malaysians had asked for.