The bane of PKR since its inception in 1999 has been the inability of the senior leadership including Anwar Ibrahim to completely disavow and distance the party from the Umno mind-set and the desire to obtain and retain power at all costs.

Dictionary: 'bane' =  (a) a person or thing that ruins or spoils; (b) a deadly poison

Sometimes, in the eagerness to seek power various factions within the party are willing to sacrifice integrity and principle for the sake of political expediency.

By the by, power at all costs would presumably mean also a la kaki-kangkang, wakakaka.

And which has been why there now exists within the party the latest fractionalism, Azmin Ali vs the Rafizi Ramli Divide, but which nonetheless have seen the Indian members suffered most, ...

... right from Nallakaruppan during its earlier days when he was "instructed" to stand aside for Azmin Ali in the party VP contest and when he was again "instructed" to stand aside for parachutist Khalid Ibrahim in the Ijok by-election (which to add sweet ironical justice, was won by a BN Indian, wakakaka), through to Manickavasagam now where poor Manicka has been suspended for 2 years just right on the eve of GE-14, effectively ending his political career;

... in between it saw the angry resignation of Gobala, the marginalisation of Xavier Kumar from the Selangor State exco, the cold-shouldering of Sivarasa Rasiah by the MB when the former was excoriated by HRH.

The aid-for-rakyat program of PKR Kelana Jaya MP Wong Chen suffered because of the internal strife of the PKR leadership.

Externally it saw the back stabbing of DAP in Sarawak in at least two state polls. It's jealous of the DAP.

Now, it seems people like William Leong are also waking up from being in the nest of vipers that PKR is, especially under the dark midgetship THE DWARF. 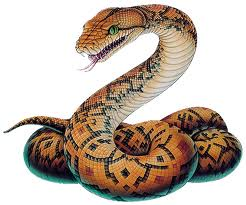