There is no doubt Zulkifli Noordin loves being controversial. On 09 August 2008, despite being an officer of the court (a lawyer), he became notorious for his unruly protest against a Bar Council's forum on 'Conversion to Islam' by gatecrashing and derailing the event (like what Saifuddin Nasution and his former UMNO Youth mates did to Apcet II, wakakaka) - yup, a lawyer gatecrashing a Bar Council forum to disrupt it, that's Zulkifli Noordin.

Then, after he was sacked from PKR, a very much overdue event thanks to Anwar Ibrahim being reluctant to bring him to heel as per party discipline, he badmouthed Anwar's family notwithstanding his earlier claim of being a close family friend.

Last year in October, together with another traitorous snake to Pakatan, Nasharuddin Mt Isa, he accused the DAP of wanting to turn Malaysia into a Christian State.

For a bloke who professes to be an Islamic warrior, he has the blasphemous daring to fabricate the above bullshit. 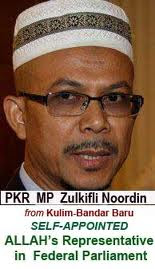 So why should we be startled or annoyed by his current antics. I suspect he wants to be considered for a seat somewhere, hence is drawing attention a la Ibrahim Ali. Maybe he even hopes Dr Mahathir might also endorse him with the same words “If there are many people like Zulkifli, this country is saved.”

I had nick-named Zulkifli the Kulim Wonder because he showed he loved, and still does, crude contentious controversies. However, I'm not sure whether he loves doing that because he truly enjoys it or he was attempting to demonstrate he's an ethnic-religious hero to his right wing constituency.

But he is not alone in such grating style of ethno-religious politicking, and you can bet it's usually for self aggrandizement and of course self interests. He has two other colleagues of like-minded mentality.

We all know the gene-denier Ridhuan Abdullah Tee, a man who has regularly and pathetically striven to show the Malays through his aggressive criticisms of things Chinese just how loyal a Melayu he is.

I had once suggested he ought to drop his surname 'Tee' and adopt the Arabic 'Taufik' to complete his wannabe transformation. Maybe who knows, he might have considered my suggestion seriously but has since been cursing the NRD for its strict rules of not allowing name changes from the one Malaysians were born with, unless of course they weren't born in Malaysia like Maedeen Afzal, Alam Chaudhury, Bambang Agusalem or Kadir Kiram, or even Qasim Naim, wakakaka.

But do you know he has a twin (twin in denying his Chinapek genes, wakakaka) by the name of Ann Wan Seng. Ann was (is?) an ustaz and a member of Perkim national council.

Somehow, like his better known gene-denying twin, instead of doing his work for Islam and Perkim without insulting other races or religions, he just had to insult the non-Muslim non-Christian Chinese, presumably for the same self aggrandizing self interests. But he did it in a pitiful ignorant way, testifying to his abysmal ignorance on a topic he set out to insult, a typically dubious hallmark of his BTN-ized Boleh-ness but more of Bodoh-ness.


Sometime back in 2010, he delivered a speech to deliberately insult the non-Muslim non-Christian Chinese, specifically the Buddhists, grandstanding in front of and ingratiating himself with the Malay-Muslims, by suggesting through his attacks against Chinese Buddhists that he wasn't a Chinese. His speech went as follows:

Needless to say, his ignorant religious bigotry drew the desired laughter, sniggers, giggles from his rapt audience who weren't aware of the religious fact that Buddhists, unlike many other religions specifically the Abrahamic religions, have no almighty creator god or gods.

Yes, Buddhists (and Jainists) don’t give two figs about god or gods because the way to Nirvana (end of their sufferings through zillions of rebirths) must be and can only be achieved through their own efforts. Thus God or gods would be completely irrelevant to their religious beliefs.

Once I asked an Indonesian friend, whose profession was coincidentally a government ideological specialist, somewhat like our BTN Goebbels-like clowns but minus the latter's ugly racist religious bent, how would Buddhism as one of Indonesia's 5 official religions reconcile with the state ideology of Pancasila, specifically Sila Pertama, which is Ketuhanan Yang Maha Esa. 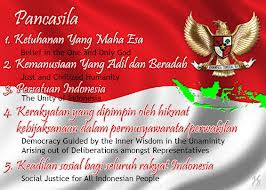 He was stunned for a while, obviously indicating I was the first bastard who asked him that. There weren't all that many Buddhists in Indonesia and I suppose not one had bothered to ask this question which might have brought them to unfortunate official scrutiny for questioning the most important part of the state ideology of Pancasila.

Then having recovered his wits, he stalled for a while by saying "Wah, Pak Kaytee, ini memang persoalan yang baik sekali", which he hoped would preoccupy me as he swiftly gathered his thoughts and formulated an answer.

Anyway, we had a long discussion on the matter and I have to say he earned his specialist pay by weaving a rather clever way out of that trap I laid for him (mind you, not deliberately so).

Anyway, Ustaz Ann Wan Seng in his ignorance had mistakenly conflated Chinese folklore religion with Buddhism, indicating he was just a shallow superficial snake, but then why should we be surprised!

Just suppose for an instant that Ustaz Ann Wan Seng had been right about Chinese Buddhists worshipping patung (idols), and I then asked him about the black stone in the eastern corner of the Ka'aba? 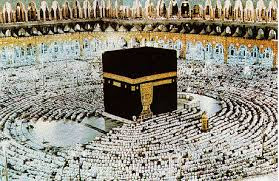 Do you think he would graciously say “Touché”?

A wee aside before I return to the Kulim Wonder. The silly Kong Kali Kong phrase was adopted by two Chinese bloggers to disparage in particular DAP politicians, especially Lim Guan Eng. My erstwhile matey, sweetie Helen Ang had been one of them.

She was of course entitled, and still would be, to use that phrase in any way she wanted, but I know Helen's writing style so well and in fact admire it. I had even noticed a couple of years back when she started to change her writing style, but when I first read her use of Kong Kali Kong, I felt it was so discordant with her more sophisticated style and even her personality ..... as if she was someone else. I have to say I have been disappointed by her abuse of her own intrinsic writing style.

I believe she has dropped that silly phrase and for that I must say I am glad for her.

Okay, back to the Kulim Wonder and his alleged latest derogatory insult of Indians. He used the word keling which is deemed by Indians as racially offensive.

Now, you may ask why I employ the word 'alleged' when it's recorded on YouTube that he did use the keling word? Please read on and discover my 3 revelations on keling, which I gathered from my readings and personal experience as a Penangite.

Keling has an interesting and in fact rather proud pedigree, being a label inherited directed from the ancient Jainist maritime kingdom of Kalinga (today's Odisha or Orrisa and northern Andhra Pradesh). 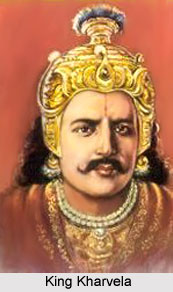 The pedigree of Kalinga was enhanced by its powerful warrior king Kharvela, and became so attractively reputable that a 7th Century Indonesian kingdom was named Kalingga after the original Kalinga in India, and where it became a renowned centre for Buddhist scholars. It's most famous king was Ratu Sima.

Malays once referred to India as Benua Keling and in fact attempted to link the pedigree of Malay sultans to Indian princes, just as some of today's muftis want to trace Malay Islamic heritage back to the Prophet (pbuh). 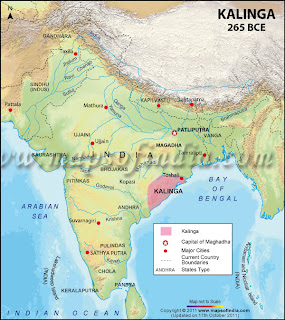 Thus keling meant a person from Kalinga, one with a proud heritage. Of course with such a blue ribbon pedigree the word keling shouldn't be considered as derogatory, au contraire. But alas, that changed after 1963.

The change of the keling word from one with a proud pedigree to one racially offensive occurred with the publication of the 1963 edition of Cherita Jenaka or in today's ejaan (spelling) Cerita Jenaka.

Cerita Jenaka was a collection of 5 Perak stories based on material collected and written by Raja Haji Yahya and published in 1908. In 1963, the new publishers (Oxford University Press, Kuala Lumpur) decided to edit-simplify the 60-year old text (with its much harder reading) to meet modern tastes, one of which was to change the 12 mentions of orang keling in the Cerita into orang India. The editor was believed to be Mohd Taib Othman. 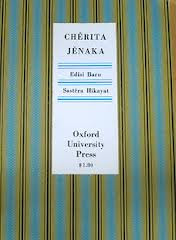 Apparently thereafter, the keling word was considered by the Indians as racially offensive.

We also need to note a second factor, that the major critics of the keling word have been Tamils who arrived in Malaya (not yet Malaysia) aeons after the Kalingas.

I wonder whether it's the Tamils' lack of identification with the proud pedigree of the northern Kalinga that they (the Tamils) consider the keling word as highly offensive?

There are many more places with keling names especially in Penang and Singapore, and even in Indonesia.

Will we have to change all of them into politically correct names?

Now to Penang - Even until today there is no other Penang Hokkien word to describe Indians other than kelinga.

Indian Penangites who speak perfect Penang Hokkien describe themselves as kelinga, implying they don't find the word offensive. Hey, could it be that they are the descendants of the original migrants from Kalinga, or wish to be associated with its proud history? wakakaka.

Back to the Kulim Wonder. And that has been why I referred to his use of the keling word as an alleged derogatory insult of Indians, because my three revelations indicate the word was never meant to be derogatory but in fact possessed fine ancient pedigree from the powerful maritime nation of Kalinga which was at its prime around 200 BCE.

Unfortunately for Zulkifli Noordin, he (a) possesses a nasty religious-ethnocentric notoriety like the gene-deniers, (b) is not a Penangite (and Alhamdulillah for that - he was born in Baling) unlike sweet naive friendly and completely innocent kaytee wakakaka, and thus on these two counts he cannot be exempted for using the keling word.

But nonetheless let's examine what he had said with regards to the late Perumal Balasubramnaiam and his 1st SD on the death of Altantuyaa Shaariibuu:

I opine the Kulim Wonder was railing more against the Hindu Holy Book more than Indians per se. Well, f* him for that rather than the keling word.

And for someone who lives in a glass house he ought to be more careful about throwing stones. 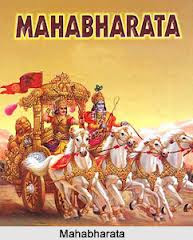 Email ThisBlogThis!Share to TwitterShare to FacebookShare to Pinterest
Labels: keling