Lim Kit Siang announced in the DAP Gelang Patah Declaration a 14-point plan specifically for the uplifting of Indian Malaysians. It's a good plan though many haven't been happy with such an ethnocentric scheme when the Indian problems, and let's not deny there isn't - au contraire, there's many - should be remedied as part of a plan for every Malaysian, on a need basis and not along ethnic lines.

Mind you though, Indians face the problem of statelessness more than any other ethnic groups.

But DAP's 14-point plan was deemed not good enough by Uthayakuamr.

Ironically, the current proponents of the so-called Hindraf 18-point demands have been the very people who criticised the NEP, UMNO's affirmative action program that's exclusive to bumiputera Malays.

Instead of asking for the policies, plans and programs of the NEP to be tailored along need (rather than race) basis and thus to include all needy Malaysians, most of whom would be Indians, the proponents of the Hindraf 18-point demands decided to jump on the ethnocentric bandwagon, with an unrealistic expectation that the government will issue an exclusive-to-Indian NEP in accordance with its 18-point demands.

Some of the 18-point demands are actually good but as usual, spoilt by unrealistic and impractical demands in others. I wonder whether the ulterior aim has been to ask for the sky and happily expect and accept a much lower offer. But if that's the case, then may I say that the future of Indian Malaysians shouldn't be subjected to whimsical poker-style bluff by upping the ante to heights of sheer stupidity - eg. ask for 100 billion, and hope (and will be happy) to receive 100 million.

Let's quickly run through a few of the so-called Hindraf 18-point demands to examine what I consider to be totally and absolutely impractical, unrealistic and really, preposterous:

In an earlier post Marginalization of Indians - the true story I commented on one, its Point No 18. Let's pick that up again and see what I had written:

(18) A minimum of 20 Opposition members of Parliament are elected exclusively by the Indian Community to represent their interest at the highest political level and also as a Parliamentary Democracy check and balance and the same is safeguarded and entrenched into the Federal Constitution and which is to be increased proportionately with the increase in Parliamentary seats.

What kind of democracy or bullsh*t system will that be? I can only think of one word - racist!

Instead of attempting to overcome the evil that is racism, which no one would deny is prevalent in Malaysia especially the worst kind, institutionalized racism, Hindraf has instead jumped on the racism bandwagon by attempting to carve for itself and the people it claims to represent a cozy racist ghetto ...

... and I wouldn't be surprised it expects its own members to play the role of the so-called minimum 20 Opposition MPs.

That's what I mean by preposterous or monstrously absurd or harebrained stupidity. Tell me, just how will that demand help the marginalized Indians? To me, it seems the proposer wants to have his exclusive 20 MPs (no doubt including himself) to lord over and perhaps play the fantasized role of a Bollywood Puratchi Thalaivar, and no doubt to use his exclusive parliamentary leverage to become kingmaker.

More importantly, how does the proposer expect such a demand to be met, indicating a Kafkaesque mindset that's totally unhelpful or contributory to the real needs of the marginalized Indians.

It's MIC all over again. He might as well ask for the state of, say, Perlis, to become an autonomous state exclusively for Indian residents where he can be its Chief Minister of SARSI (Special Autonomous Region Specifically for Indians).

Then, Point No 3 – Call for affirmative action for all poor Malaysians especially the ethnic minority Indians. A Protection of Ethnic Minority Malaysian Indian Act 2007 to be passed to secure and safeguard the interests of the poor and defenceless ethnic Indian Minority Community.

The 'call for affirmative action for all poor Malaysians' is good, but why add on 'especially the ethnic minority Indians'?

Poor Malaysians are poor Malaysians, regardless of whether they are Indians, Thai, Ibans, Kadazans, etc, or gasp Malays and Chinese.

In other words, I would be reasonable in suspecting Point No 3 doesn't give a fig about the non-Indian poor, but which was added just to sound inclusive.

Uthayakumar in a recent letter to Malaysiakini (and without fail) criticized many of his mandore-rish DAP 14-point blueprint for Indians for its lack of specifics, yet in its demand for a Protection of Ethnic Minority Malaysian Indian Act 2007 to be passed to secure and safeguard the interests of the poor and defenceless ethnic Indian Minority Community, what were/are the specifics of this proposed Act?

Perhaps a SARSI with him as CM? 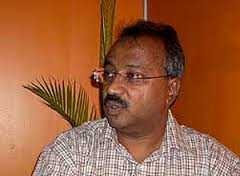 Point No 4 – on Tamil schools, air-conditioned libraries, non-Muslim religious classes, pocket money for pupils [okay lah, though I strongly disagree with religious classes – and are those to be on Hinduism only?], then demanding ‘A RM 100 billion grant @ 20 billion per year with effect from 2007 to be allocated to Indians under the 9th Malaysia Plan …..’

Can anyone tell me whether any government (let alone BN) will ever approve such a grant?

Point No 6 on business for Indians also demands another RM 100 billion, which I suspect attempts to imitate the NEP investment schemes for Malays. I won’t commend on this – readers, please do.

Hmmm, what percentage of Malaysia's population would Indians comprise?

And assuming such a preposterous demand is acceded to, how will the government ensure 20% of top most level positions in the Private Sector could be reserved exclusively for Indians?

Why not ask for a SARSI and be assured of 100% reservation of all public and private positons for only Indians?

Point No 10 – 15,000 Indian temples were demolished in last 50 years, and which shall be compensated at RM 10 million per temple.

Wow, I wasn't aware that the number of Indian temples demolished by government actions totalled 15,000.

I just wonder what would constitute such a temple? I ask only because I'm visualizing a Hindu or Indian temple as the one in my kampung of Ayer Itam village, where my family prayed at when I was a kid, namely, the Arulmigu Sri Ruthra Veeramuthu Maha Mariamman Devasthanam, or more familiarly known as the Ayer Itam Mahamariamman Temple.

And the total compensation cost, presumably to be handed over by the government to the proposer of Point No 10, is only a mere trifling RM 150 billion (yes, billion and not million).

Would an UMNO, Pakatan or even a Hindraf government ever consider giving RM 150 BILLION away as compensation for temples which were demolished by the authority?


The demands are so insanely nonsensical that I don't believe it's necessary to continue commenting on the other 18 point demands. where good points were tragically contaminated by crazy ones.

But tell me, will the so-called Hindraf and its preposterous demands serve Indian Malaysians in the way they should be, and would be as per the DAP's 14 point Gelang Patah Declaration?

Tun Razak's NEP was meant principally to serve the Malays until the economic gap between them and the generally better off Chinese can be closed. The policy has been bastardized to enrich an elite because of someone's humongous chip on his shoulder (I had blogged on this before so won't repeat the same story). The deliberate change in track for the NEP was a gross betrayal of the Malays.

The so-called Hindraf 18-point demand seems to be heading in that same direction, maybe without even its proponents being aware of it.

Hindraf came about because of three principal issues, namely, the brutal, wanton and horrendously insensitive destruction of Hindu temples by an unfriendly uncaring Muslim-dominated authority, the unexplained, unaccountable and horrific deaths in custody of just too many Indians, and the general poverty and hopeless situation (eg. statelessness) among many Indians.

The first public emergence of Hindraf on its magnificent rally was so inspiring that I attempted a poem 25 November 2007 to show my admiration and support. 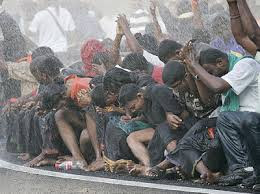 Alas, after that, fame and admiration for Uthayakumar endowed him instead with hubris and pomposity, which failed him as he began to antagonise his natural supporters and sympathizers instead of consolidating on that won support for his cause for Indians.

In his arrogant belief he could go it alone, he betrayed himself and in that process, by alienating the very people who could help, betrayed his cause.

It's common wisdom that when a race is oppressed, you will find at the heart of that oppression its very own people playing significant roles in the betrayal. The Chinese were betrayed by Chinese in oppressions by Mongolians, Manchurians, Western powers, Japanese etc, and likewise with the Malays.

The only difference between Wathamoorthy and his elder brother Uthayakumar is that the former adopts a softer approach as opposed to his brother's aggressive style inclusive of vilifications at particularly DAP Indian MPs and ADUNs. But both don't serve Indians well in their unreasonable demands.

What good will asking Indians to boycott the elections do for their well-being? Remember the Socialist Front who boycotted the 1969 elections? Where are they now?

Incidentally, note that I mentioned 'so-called Hindraf' because we must ask: who is Hindraf? Or better still, who were the leaders of Hindraf?

V Ganabatirao and M Manoharan are DAP members, where the latter was elected, while in ISA detention, as an ADUN for Selangor.

I'm not sure what political roles are K Vasantha Kumar and R Kenghadharan currently playing.

Thus, can Uthayakumar and his younger brother Wathamoorthy truly claim to still represent the original Hindraf?

Of course SARSI is a cheeky fantasy, a kaytee's jab at their preposterous demands and the inane absurdity of their 18-point campaign, but gasp I wonder whether they hope to replace MIC in BN? Does that explain Uthayakumar's particular obsession in vilifying DAP Indian MPs and ADUNs as mandores?

Omigosh, could they actually be considering becoming UMNO's mandores? wakakaka.

In the meantime, sweetie Kasthuri Rani Patto, daughter of one of DAP's luminaries P Patto, is DAP's candidate for Bukit Gasing, Petaling Jaya. Eat your hearts out, Wathamoorthy and Uthayakumar.