This post is about the conduct of mass rallies. Today most mass rallies in Malaysia would usually but not exclusively be protests against the government. Those which were not were exhibitions of ‘patriotism’ (a la 'last refuge of the scoundrels') or hatred or to instigate fears and revulsions of imaginary solar-powered foes.

Bersih 2.0, second in a series of mass protests against the lack of clean and fair elections in Malaysia, would be considered by the public (except UMNO supporters) as the most relevant, effective and popular protest rally to date.

It’s relevant because the public has lost trust in the supposed impartiality of the Election Commission, viewing that organization as nothing more than just another of UMNO tools. 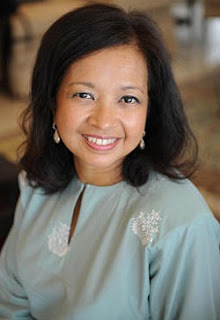 It’s effective because it was participated by a broad spectrum of Malaysians and personalities, and to name a couple of the latter, social activist (for HIV-AIDS victims, feminine affairs and civil & human rights) Marina Mahathir and Sasterawan Negara (National Laureate) A Samad Said. 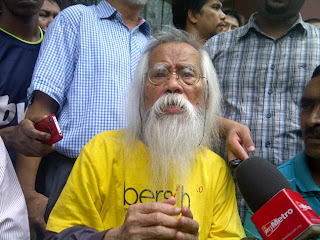 It’s popular because of unwitting contribution from the police wakakaka. Malaysians are no different to other people in that they want to see the underdog wins, the David beating Goliath, Zatoichi (Japanese blind swordsman in Japanese movies) or Fang Kang (The One Armed Swordsman) triumphant against impossible odds. 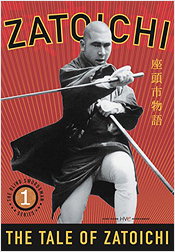 The police turned the underdog Bersih (and its participants) into a David, Zatoichi and Fang Kang all rolled into one. 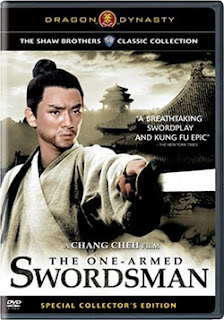 The unnecessary and brutal oppression of the police against the very people they were supposed to serve and protect vividly projected poignant images of heroic underdogs in the mass rally battling impossible odds against the villainous police shock troops. And despite being hosed with hurtful chemical laced water or bombarded with distressing tear gas grenades even in the universally accepted sanctuary of a hospital, they triumphed.

Naturally folk heros had to emerge from Bersih 2.0 and if not, undoubtedly would have been created. One such folk hero was magnificently personified by the underdog of underdogs, a senior citizen in the person of Madame Annie Ooi, who has become Bersih's icon, the legendary and much admired Auntie Bersih, though, mind you, not of her personal choosing. 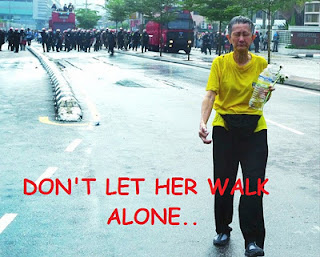 This uniquely civic-minded sexagenarian walked through the fire of oppression and rain of chemicals holding a flower, a symbol of peace, to demonstrate her quiet but grave concerns at the continuous erosion of the neutrality, impartiality and integrity of the EC and its sheer incapability of convincing the rakyat that it will provide clean and fair elections.

'Twas just too poignant, too outstanding, too symbolic not to see in her courageous stand the very essence of the rakyat's concerns expressed by the Bersih rally. She more than earns the iconic title of Auntie Bersih through deeds.

Legends also grew of young Malay Malaysians showing true concerns for the more senior (aged) Chinese men in the rally, like one Lt Colonel (retired) Aw Yeang, in their caring “Uncle okay?” as they ran from the tear gas and water cannons of the Brown Blue Shirts. Common adversity, terima kamsiah to the FRU, bound them emotionally together in common cause. 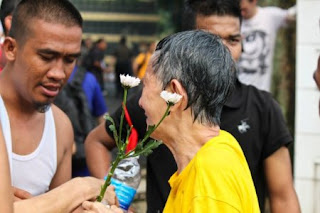 Such muhibbah unity caused even the most neutral observers to experience goose pimples of awe, admiration and happiness. The caring multiracial fraternity was unlike transient Malaysian unity in sports, being inspired by and elicited in angry protest against the increasingly unacceptable rule and conduct of the UMNO-government, in particular in its gross abuse and misuse of the EC, a so-called public -institution. Thus, Bersih 2.0 and such supra-racial concerns, care and courage under fire shook, shattered and shocked UMNO whose political control over the country has rested on the old British political formula of ‘divide and conquer’.

But UMNO still fails to realize that oppressions of such protest rallies by use of uniformed thugs had been counter productive. Time and time again I had observed the sheer moronic imbecility of the authorities in providing unnecessary publicity and glamour for such protests, whether they be small candlelight vigils by a few sweeties or mass rallies, through their unnecessary employment of force and brutalities, whether by police or samsengs, against the protestors. 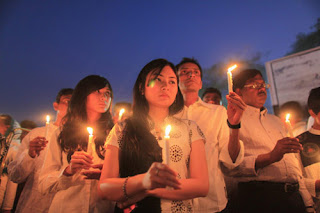 Just how much attention will a dozen people holding a candlelight vigil attract if left alone, and for how long? How much sympathy would a few campers in Dataran Merdeka (a public place) win from the general public if not attacked by thugs, and for how long? Has not sabotaging Himpunan Hijau’s chartering of buses from Kuantan for a trip to KL raised extra attention for the NGO and increased dislike for the authorities?

But the authorities, police, DBKL and their attack hounds haven’t learned anything. ‘Tis the nature of the beast where to them, force is perceived as a time-honoured and convenient panacea for neutralizing any opposing the corrupt practice of the UMNO-led authorities. In a less globalized world, far more medieval tactics would have been adopted – May 13 was an example of the unrestrained thuggish mindset of these people.

… which brings us to the coming Bersih 3.0 and what I like to see.

Inevitably UMNO will portray to the heartland that the mass rally is a creation of its political rival, Pakatan Rakyat. Thus I want to see Ambiga Sreenevasan and Samad Said, coupled with folk heroes like Auntie Bersih, stand out as the indisputable unambiguous leading personalities of Bersih 3.0, where their political neutrality will project the ‘civilian’ concerns that form the very heart of the Bersih movement for clean and fair elections. 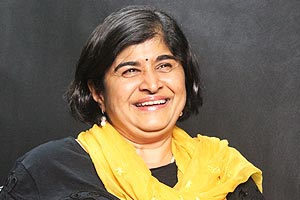 In the synthesized declarations of Ambiga Sreenevasan and Maria Chin Abdullah: “Bersih is a coalition of 84 NGOs and not a political organization. Civil society will lead its rally and assembly.”

The message to Malaysians must be unequivocally and unambiguously clear that Bersih 3.0 in demanding clean and fair elections is a campaign by very concerned and politically-neutral citizens who are neither pro Pakatan nor anti BN, or vice versa. Far more importantly, Bersih’s efforts are pro public interests and anti-corrupt elections. Bersih seeks to prevent nefarious forces from cheating the voters of their choice of representatives.


Photos borrowed (without permission) from all over, for a good cause wakakaka
Posted by KTemoc at 8:28 pm