Today I'll start a new series 'Being fair' which will be posted occasionally when I see fit. 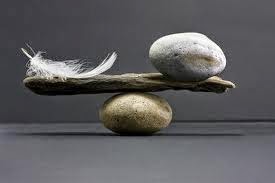 'Being fair' is NOT about bipartisanship, which currently is a political concept just not possible in Malaysian politics for various reasons, the principal being the feral-selfishness, ultra partisan-stupidity and no-compromise-win-at-all-cost mentality of our politicians on both sides.

'Being fair' is about a fair assessment of political policies, views and statements on both sides of politics. Naturally it's kaytee's assessments and if you don't like it, [no, not f* off, wakakaka] tell me why instead of accusing me of being a paid cybertrooper, which will only lead me to unrealistic expectations in anticipating a financial windfall and thus encourage me on an advanced spending spree. If or rather WHEN the financial windfall does not materialize, it will leave me with a f**king hole in my shallow (very shallow) pockets, all thanks to your bloody 'encouragement', wakakaka.

Incidentally, note that I don't have any advertisement on my blog [sob] and thus no revenue, but all due to my own choice of course.

Wise decision not to enter a tiger's lair - even in Australia, there are some (blue ribbon) constituencies that the other side of politics won't bother to contest in by-elections, though of course they would in general elections. 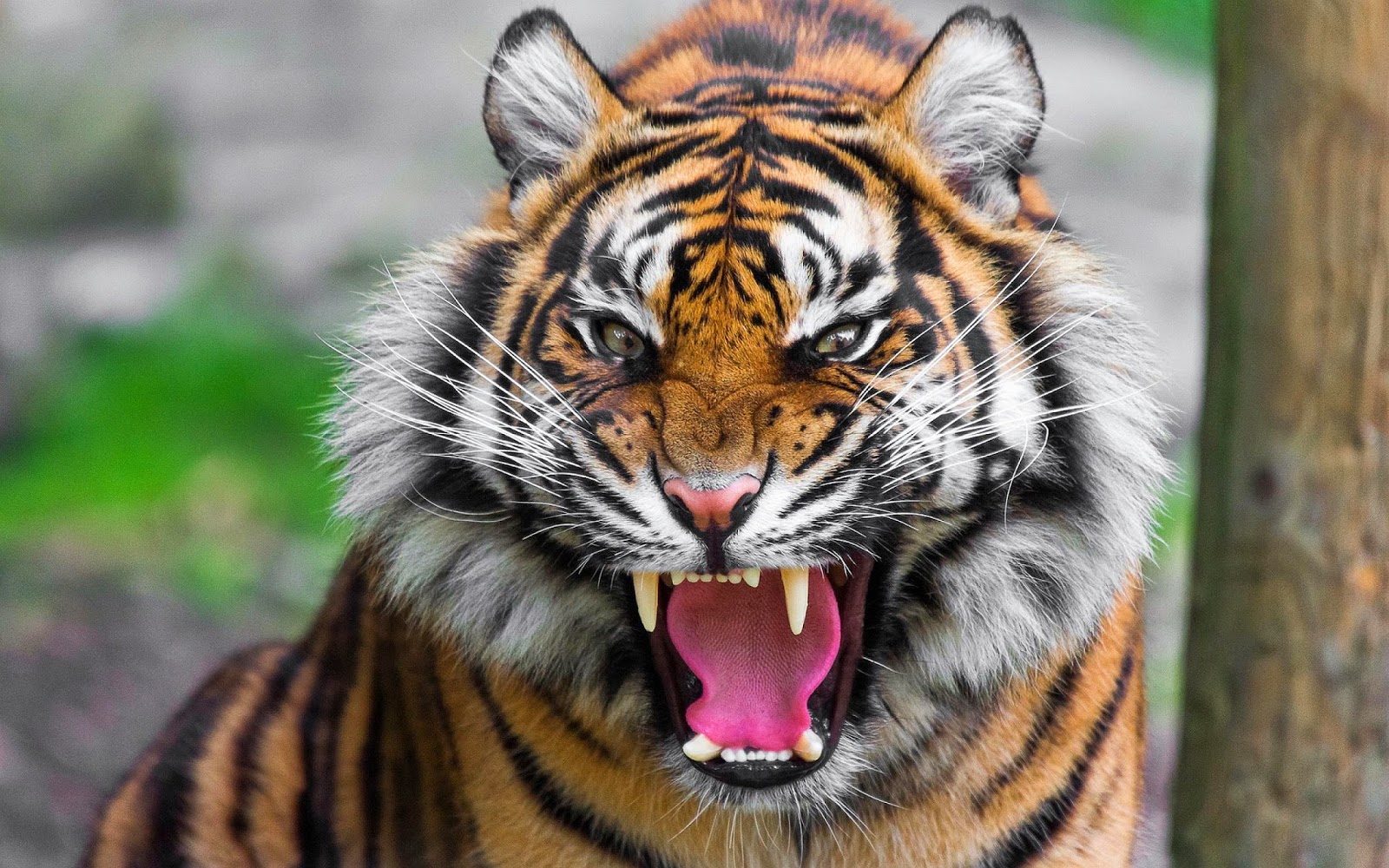 Just a trivia, blue ribbon seat is an Australian political term, which means it's a very safe seat for a party, a stronghold of that party so to speak. The original spelling was (still is in some English-speaking countries) blue riband, but trust the Yanks to change it to blue ribbon.

But MCA should stop bullshitting that their reason for not contesting Gelugor is "to fully focus on the hudud issue to protect the federal constitution".

To be fair to MCA's sec-gen Ong Ka Chuan, when he was asked by the press whether MCA felt it would lose the poll, Ong admitted that if the party contested, "there will be much humiliation".

There's nothing wrong about not walking into a political slaughter, which could bring about a disastrous byproduct, namely voters' perception that a party 'slaughtered' in an election must be a party not worth voting for in future or other elections.

I anticipate Huan Cheng Guan (PCM) will be slaughtered kau kau in the coming by-election, but in the unlikely event he attracts a significant number of votes he'll be a BN hero.

Thus on the balance of his gains and losses he is right to go for it, or suffer political obscurity forevermore, wakakaka. 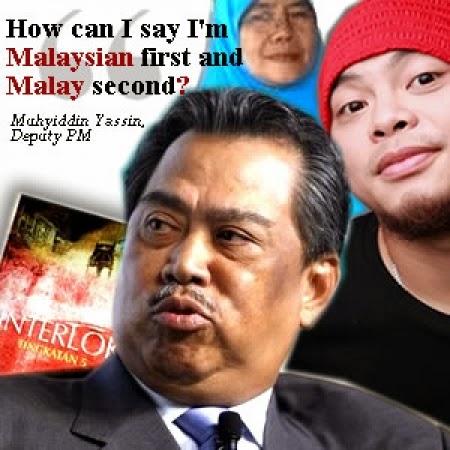 A Malaysian society blind towards race cannot exist as long as there is not a unified school system for all the country’s communities, editors of Umno-owned Utusan Malaysia said today.

Using the recent controversy over a minister’s announcement — and subsequent retraction — that “race” will be deleted from some official forms, the editors of the Malay language daily took an indirect swipe at the vernacular schools that are often accused of being obstacles to racial integration.

Writing under the shared “Awang Selamat” pen name, the writer said demands for “race” to be removed from documents or the removal of Bumiputera special privileges are not enough to create a united Malaysian people — unless a unified school system is implemented.

“This reform can be achieved if all are committed to adopt a principle of citizenship that embraces local cultures and norms,” the writer wrote in the newspaper’s weekend edition.

“That is why I am excited to await when this is no longer a dream — all races sharing the same school.”

I'm afraid to say (afraid to say? wakakaka) Awang Selamat is quite correct, because unless we have young Malaysians in a unified schooling system, it's quite difficult to foster meaningful 'Malaysian-ness' ..... BUT ..... wakakaka, there's of course a BUT in reality.

The BUT relates to (*originally, in my schooling days) one issue and now (updated to current environmental reality) two further/additional issues.

I had often blogged on the original issue, that of the abysmal educational standards in national-type schools, which came about as a result of how successive UMNO-Education Ministers f**ked up the system kau kau because of their misuse and abuse of the education system, playing political football with the education of our young Malaysians just to promote their personal party standing.

Hmmm, wonder who were the Education Ministers? wakakaka - note I queried in the plural, wakakaka.

Now, if there is one issue that agitates Chinese Malaysians, it's their children’s educational standards, or more correctly, their rights to good quality education. This is because education has been a central pillar of Chinese culture for thousands of years - an important factor seen by the Chinese proletariat as a means (then, probably the only one) of breaking out of their labourer/working class' miserable lot.

By the by, did you read what I wrote in a previous post Malaysian Babel on how seriously and just how far the Chinese and Koreans (no doubt including Japanese, Vietnamese, Hong Kongers) would do to support their children’s school examinations? Mind, in that post I didn't just refer to only the parents, but in fact the authorities and the community sectors such as public transport.

Because successive UMNO Education Ministers turned the national education system into the lamentable political football it became, and consequentially with its inevitable abysmal standards, the Chinese gave up completely on that system and quietly sought alternative means, leading them to Chinese vernacular education. In pre-Merdeka days and even some years after that, the gold standard in education was English medium schools, not Chinese medium.

Thanks to the selfish actions of successive UMNO Education Ministers pushing Chinese parents into the eager waiting arms of the vernacular educationalists as a result of the country's worsening national education system, they caused the two Cinapek sides to ‘fall in love’ with each other. And the rest is history.

Ironically the Chinese vernacular schools in the late '50s and early '60s were almost driven into extinction by the lack of Chinese support.

That, the diminishing need by the pragmatic Chinese community for vernacular Chinese education and its eventual extinction or at least, near extinction, would undoubtedly have occurred except for the unpleasant fact of successive UMNO Education ministers and wannabe Education ministers turning Malaya/Malaysia's once-famed education system into the shit that Ku Li lamented over yesterday in a FMT article Our education system has failed.

Just for another use of the word 'ironical' wakakaka, I cannot resist reiterating that ironically it had been UMNO Education ministers who ‘saved’ Chinese vernacular education from extinction - do read my letter to Malaysiakini titled Chinese educationists must thank UMNO. Wakakaka.

I concluded that letter to Malaysiakini with the statement “The truth has been out there all this while”, by which I meant today's Chinese Malaysian obsession with Chinese vernacular education had its Genesis not so much in ethnocentric cultural parochialism but more in ensuring good solid educational standards for their children which was screwed up kau kau by those wonders who have been our education ministers. 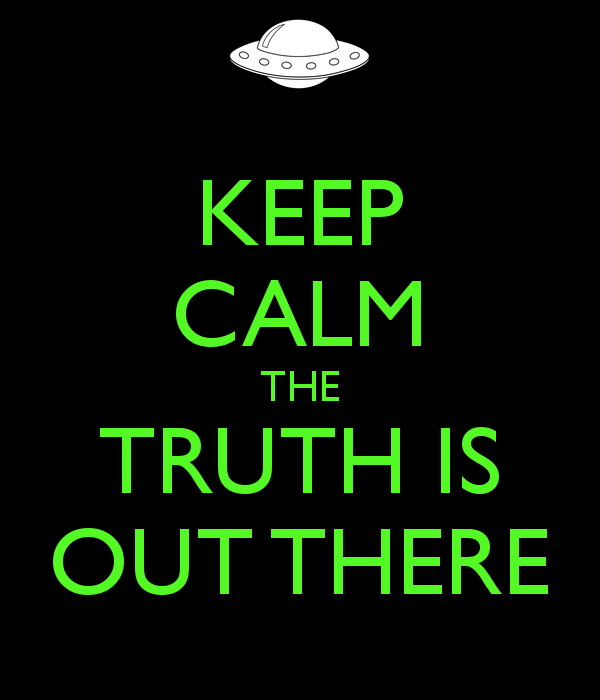 Thus Awang Selamat, while stating a truth about unity and racelessness for Malaysian youth through a single education system, has been sadly remiss in not acknowledging that UMNO's repetitive nationalistic kicking of the education football had ripped the guts out of our once-famed* national education system until Chinese parents have come to see the vernacular education system as the remaining hope for their children.

* Indon and Thai students used to flock to Penang to study English, because we had the best English standards in the region even as far east as Japan.

Such has been the Chinese devotion for good education and their constant fears of being deprived or denied this, that their earlier known political-passive nature and meek subservience to authority so as to carma (cari makan) took a turn for the worse (or better, depending on who you are, wakakaka), when in 1987 they became unusually assertive on their rights, educational rights.

Then the Education Ministry under you-know-who wakakaka had naughtily appointed 100 non Mandarin-educated senior assistants and principals to vernacular schools, provoking Chinese into protesting against what they perceived as a deliberate tampering of their education standard.

It was the first and probably only time in Malaysian history that witnessed 'Chinese unity' wakakaka.

And for what if I may ask again did those Chinese take such a drastic step? Education!!!

UMNO Youth, then under Najib with his blood-dripping keris, naturally had to counter-protest. It led to the draconian Ops Lallang, all thanks to the 'brilliant' idea of you-know-who, wakakaka.

Since then, there came about two new/additional factors which repulsed Chinese parents from enrolling their kids in national-type schools, namely:

(a) racialism - as so frighteningly and disgustingly demonstrated by some school heads, coupled with the reluctance or refusal of our Education Minister/DPM to take appropriate disciplinary actions, which in turn would only encourage similar behaviours in the extremists among school heads.

Tell me, which non-Malay parents would want their kids to experience such racialism, when such unacceptable behaviour is unlikely to be addressed by the minister, au contraire even condoned?

(b) Arabization of our education system - I'm not talking about Islamic education for Muslims per se which is quite different from Arabization. I won't go too deeply into this other than to say UMNO in attempting to neutralize PAS through increased Islamization programs and policies has fallen into PAS' trap in trying to be a better 'Arab' than members of the Islamic Party.

But isn't the issue of Arabization in schools EXACTLY the same as the nationalistic political football which UMNO Education Ministers had kicked around earlier, and which led to the current abysmal mess of our education standards? We may expect the same f**ked up abysmal consequences.