Mahathir and his grudge against rich Chinamen

From OutSyed the Box: 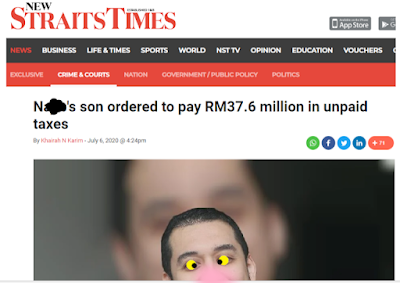 Wow! Just what exactly was his business that he could earn RM148 MILLION?

But again here is a question for Dr Mahathir's accusation against the Chinese.

Among the Malays, frequently the children of Cabinet Ministers are multi millionaires.

Can Dr Mahathir explain this fantastic feat of socio-economic engineering?

Including his own children of course. 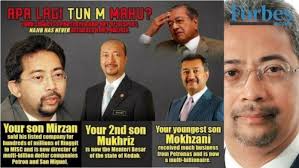 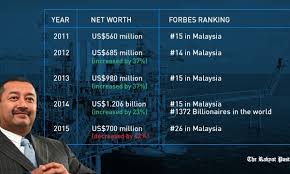 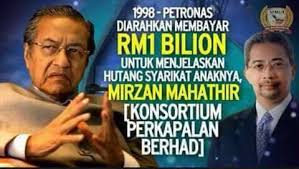 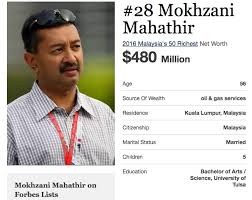 It has almost become a rahsia besar or great secret of the Dasar Ekonomi Bebal (DEB).
Rahsia besar kepala hotak apa? That the children of Cabinet Ministers and Prime Ministers have a much higher chance of not paying "back-taxes" of RM37 Million ? Ha ha ha. Just kidding ok.

Let me rephrase that. That the children of Cabinet Ministers and Prime Ministers have a much higher chance of becoming multi millionaires than the average Melayu malas.

Indeed this seems to be a great success of the DEB (Dasar Ekonomi Bebal).

So Dr Mahathir are you suggesting that all these children of Cabinet Ministers and Prime Ministers became so rich because they worked very hard?

Are you suggesting that they worked much harder than the average Melayu malas - as you called them ? 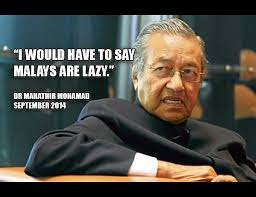 Dr Mahathir, look at the picture above. Exactly how hard do you think the fellow worked to be able to accumulate unpaid taxes of RM37 million?

YOU MUST TAKE RISK.
NO RISK NO GAIN.

What the Dasar Ekonomi Bebal has done is :

What was really achieved was to create a class of non competitive, non businessmen who did not have to take any or much market risk.

They were shielded from being exposed to RISK.
Yet they were able to become millionaires. For a while.
Many or most of them later went bust.

Another clear case was the billionaire segera. The instant billionaires.

Dr Mahathir created a few Malay billionaire segera but they all went bust except for one of them who still survives on monopolies and giant land deals.

And there is a lesson in the case of the billionaire segera.

But the Malay billionaires have fizzled out.
Disappeared.

The reason why the Chinese can become wealthier is not just because they work very hard but because they take a higher level of risk.

The other group of people who are now moving up and seem to take more risks are the other Indians in Malaysia. The Indians (all groups) seem to be entering non-traditional businesses as well. And they are doing well - quietly.

I know of an Indian logistics company (SME) operating from a few shoplots with over 400 despatch riders (mostly Malays). Their monthly salary expense would have been in excess of RM600,000. Or RM7.2 million a year. This means their annual turnover could be over RM15 million. But this was pre Corona Virus. They get where they are not only through hard work but through taking extra ordinary risk.

I know of a Bangla owned factory which employed 60 Bangla workers. The Bangla owned factory did not employ any Malays. Their monthly salary expense alone would be about RM100,000. Or RM1.2 million a year. They could deliver product (my books) in double quick time. They worked hard and also took big business risks. Again that was pre Corona Virus.

So in the real world people cannot become rich magically.
Not only must they be able to compete and work hard but importantly they must take risks.

NO RISK NO GAIN.

The real wealth of any community is its ability to work hard, to compete and to take risks.

That will destroy them in no time at all.

This is what the DEB has done quite successfully. 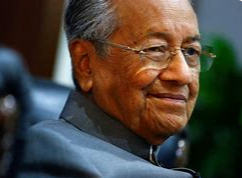 Bapa Melayu Malas
Father of the Lazy Malay
Posted by KTemoc at 11:38 am