Pet of the God Seth

Once upon a time (wakakaka), long long long ago, indeed very very long ago, more than 6 thousand years ago, way way before 4000 BCE, in the ancient land of Pharaonic Egypt, someone was found guilty on a mistaken identity or by association.

That someone was a pig! And he was found guilty of being an animal that was sacred to Seth, the Lord God of Chaos, Confusion, Storms, Wind and Desert, among other things.

Not exactly a nice bloke, so no one dared to mess around with him or his sacred animals, among which was the hippopotamus, which was at times mistaken for poor piggy and which was why piggy got itself elevated to being Seth's sacred animal.

Thus the ancient Egyptians won't eat piggy, and so the Hebrews, who adopted many of ancient Egyptian customs like circumcision, matriarchal lineage, written script* and of course monotheism, also adopted the no-pork eating observation.

* while the general scholarly position thus far has been that the Hebrew script came from the Phoenicians, some have asserted that it was from the ancient Egyptians, who possessed three types of scripts, namely hieroglyphs, hieratic and demotic.

In a delightful book titled In the Devil’s Garden: A Sinful History of Forbidden Food Stewart Lee Allen the author informed us that: 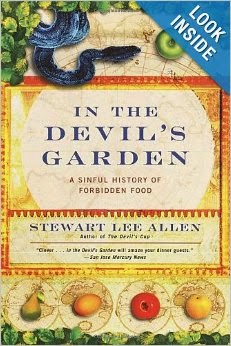 Historians fancy the notion that Jewish pig phobia stems from their stint as slaves in Egypt during the time when the cult of the god Seth held pigs to be exalted beasts.

This may also explain the curious reports that certain Jewish cults used to have secret pork feasts once a year. According to scholar Frederick Simoons, when Seth was overthrown, his beloved spareribs became taboo for Egyptians, save for a yearly feast held at the full moon, a habit some Jews might have picked up.

Why the full moon? Because the original sacred animal was not the pig, but the similar-looking hippo, which according to ancient Egyptian belief, lived on the Moon. Hippos live on the Moon? Well, yes; the idea is that while some Pharaoh was meditating on the full moon reflected on the Nile, a hippo emerged from the reflection ... 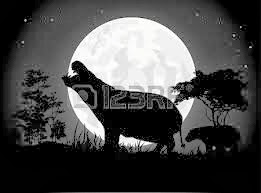 I wonder whether by chance Islam had adopted Judaism's dietary restriction on the pig? If so, I again wonder whether the above discussion on Judaism could in some ways provide some background 'for' (not 'to') the several brouhaha's today, about:

(a) the rather sad attention-seeking pair, the bah-kut-teh Alvivi sweethearts, and 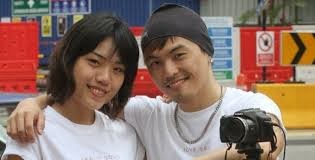 (b) the current topic on the Malaysian version of New York Times showing pig faces in a photo being blacked out - see Malaysian Printer Blacks Out Faces Of Pigs On The Cover Of The New York Times.

In the past we discussed other piggy issues, as follows:

In the wake of spicy stir-fried chillie-belacan kangkung, where PKR pollies showed they are as defiant as Fr Lawrence Andrew, wakakaka, but sadly without giving a thought to the ordinary people who may become collateral damage to their hubris, I would imagine pigs, pork, piggery and pai-kuat-cha* would right now be marvellous material for politics, politicians and processed prejudice!

* that's in Canto, and is better known in Hokkien as bah-kut-teh

We have already discussed above why the ancient Hebrews and their descendants the Israelites, Judeans and Jews, won’t eat pork, that it's all because of an Egyptian god named Seth which was represented by a hippopotamus or a pig! Many Hebrews had adopted the worship of Egyptian gods. 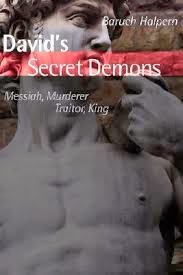 ... that the Hebrews had other gods beside Yahweh, including his consort Ashtoreth, though no deeply religious Jew or Christian is likely to accept Halpern's revelation, in the same manner no devout Christian would ever believe Jesus was married even though he was a rabbi, where only a married man could be a rabbi.

Thus, we shouldn't be surprised about the Hebrews and Israelites worshiping many gods including Egyptian ones like Seth.

11 And he took away the horses that the kings of Judah had given to the sun, at the entering in of the house of theLord, by the chamber of Nathanmelech the chamberlain, which was in the suburbs, and burned the chariots of the sun with fire.

12 And the altars that were on the top of the upper chamber of Ahaz, which the kings of Judah had made, and the altars which Manasseh had made in the two courts of the house of the Lord, did the king beat down, and brake them down from thence, and cast the dust of them into the brook Kidron.

14 And he brake in pieces the images, and cut down the groves*, and filled their places with the bones of men.

* the word 'grove' in the Bible means a wooden image, or a pillar representing Ashtoreth, a sensual Canaanitish goddess (and said by Professor Baruch Halpern to be the consort of Yahweh), probably usually set up in a grove

Incidentally, Josiah was notorious as the Taliban-like King of the Judeans. He became so after his high priest Hilkiah 'accidentally' (wakakaka) found a scroll known as the 'Book of Laws of Yahweh by the hands of Moses' while clearing the temple's treasure room which apparently had laid untouched/unseen for eons (wakakaka), until of course Hilkiah by chance 'came across' it (wakakaka).

The scroll was 'claimed' (wakakaka) to have been handed by Moses over to Joshua before the latter invaded Canaan.

Apparently the scroll threatened the Judeans with divine calamities if its laws were not followed, and a worried Josiah went about smashing everything up including altars and worship established by his ancestors including Solomon. His fave actions were executing priests (of course not those allied to Hilkiah, wakakaka) and exhuming dead ones so as to burn their bones - he was one frightening Taliban-ish freak. He effectively started a new extreme form of Judaism.

But he was killed by Pharaoh Necho II when the latter went to support the Assyrians against the Babylonians. Josiah under the incorrect assessment that the Egyptians were weak tried to stop them at Megiddo. Apparently Necho gave Josiah a strange message via an envoy (2 Chronicles 35:21):

"What have I to do with thee, thou king of Judah? I come not against thee this day, but against the house wherewith I have war: for God commanded me to make haste: forbear thee from meddling with God, who is with me, that he destroy thee not."

Josiah refused to give way, and was killed by the Egyptian. The reason the Judeans gave for his death was that he ignored god's instructions as provided by Necho II. This was the strangeness I mentioned in Necho's message to Josiah: "... for God commanded me to make haste: forbear thee from meddling with God, who is with me, that he destroy thee not."

Now, which or whose god was it that Necho mentioned, the Egyptian god or the Judean's Yahweh, or were they the same god for both?

Anyway, one could argue that the trouble started when Noah took on board a pair each of pigs, rabbits, camels, hares, etc. But one can't help but wonder why in the first place would god allow these non-kosher (haram) creatures to embark on the ark? You tell me! 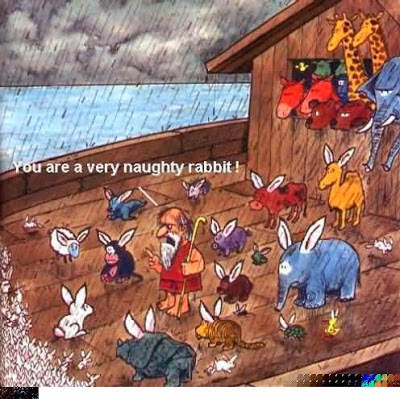 This brings us finally to Malaysiakini's Netizens greet censorship of pigs with dismay.

I don't know whether to be amused by or annoyed with some of the comments regarding the blackening out of the pigs' faces, such as (just a small sampling):

"Later, people would accidentally eat pigs because they don’t know how pigs look like, ain’t it?"

"Like cats, pigs too have the right to have their photos taken to show their cuteness." 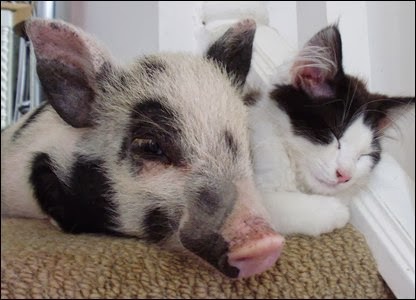 "Take it in good faith. The pig’s face is censored because it does not want its identity to be exposed. Privacy must be respected, even that of animals."

Some of those comments were made by Malays (Malay names anyway), and there's even one which blamed PKR, wakakaka, as follows:

"It takes one of the online portals to play up the babi issue and voila! People will forget about the Japanese flag stomping. Well played."

Frankly, was there even a necessity to comment on the silliness or over-cautiousness of the local publisher of the New York Times? Somehow I find the reactions to that silliness perhaps even more silly. There's a Penang saying about this: Chnea paah boe soo choe! (translated loosely, it means 'aren't there better things to do?')

But I think the current political climate is indeed what we fear, where anything on the other side that now moves, breathes, or even stay still to play dead, will be hentam kau kau for political gains [sigh], so kangkung move aside please. 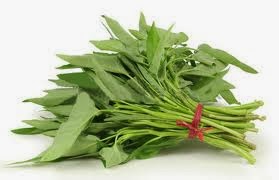