In emotional response to Dr M, Maszlee says khat lessons not by choice

KUALA LUMPUR, March 14 — Former education minister Maszlee Malik said today the teaching of khat in vernacular schools was not by choice, but merely a continuation of a policy already agreed upon by the previous administration.

The Bersatu leader was responding to criticism by Tun Dr Mahathir Mohamad, who suggested during an interview with Malay tabloid Sinar Harian, that the idea should not have been pushed through.

The former prime minister had said that during his first administration, Umno never tried to “force” MCA to accept Jawi in vernacular schools. Dr Mahathir was Umno president for over 22 years.

“But as the education minister at the time, I had to shoulder the responsibility and respect the decision already agreed upon by KPM (Education Ministry),” he added.

“My sole focus at the time was continuing with reforms in the education system.”

... the Jawi script is consisted of the original 28 Arabic letters with additional 5 letters representing the Malay phonemes absent in the Arabic.

The script had its origin from the Arabs of Ḥaḍramawt origin, rather than through another languages such as the Persian or Hindi.

The invention of 5 additional letters in the script through fusion of several Arabic letters indicates that it is directly founded on Arabic phonemes and sound system.

In addition, the standard Malay script was written in Naskhi style, which is unmistakably different from the Persian or Urdu styles. This fact also indicates the exact origin of the Jawi script, which is Arabic.

Yes indeed, during my days when I (self) learnt Jawi, there were only 33 letters, 28 letters borrowed from the Arabic script plus 5 created (based on Arabic script) for Malay sounds.

But since then (when???) the Jawi alphabet increases to 37 letters!!!

The extra letters were again borrowed from the Arabic script, specifically to be able to pronounce appropriate (Arabic) sounds when reading the Quran (even when the Holy Quran in Arabic already exists).

I wonder what is now the intention of those who have amended the Malaysian Jawi script to the 37-letter alphabet of today, when the earlier 33-letter alphabet was good enough since the 14th Century? 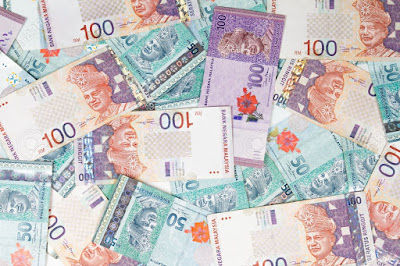 “That’s all,” he said. “Plus, it would not be part of the examination.”

And Maszlee wanted to waste primary school children's time on such trifles? WTF of an Education Minister - no wonder Malaysian education has gone to the dogs.