Has Muhyiddin blown the opportunity to show leadership? 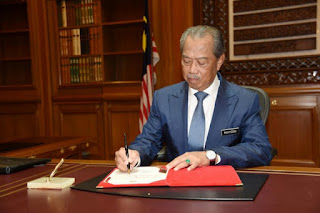 The story of Muhyiddin Yassin and his climb up the greasy political pole has parallels with the story about Malays and their bantuan (handouts).

Muhyiddin did not have to win an election, but with the firm backing of the top royal, was "presented" with the opportunity to form the next government. Most politicians would probably envy Muhyiddin's luck, but they are aware of the extra baggage he carries: the rakyat's wrath.

For decades, the battle cry of Umno-Baru and PAS has been that their parties are the only ones which will "defend the Malays and protect Islam". Fast forward to 2020, and the "I am Malay first PM" has found, to his horror, that his power grab has ironically divided the Malays, PAS and Umno-Baru.

Around the world, governments talk about unity in a collective effort to tackle perhaps our greatest challenge since the Second World War. Here, in Malaysia, Muhyiddin played politics at his first coronavirus meeting, when he excluded leaders of the Harapan-led states. This is not leadership.

When the public reacted with outrage, Muhyiddin's administration was forced to perform a damage limitation control exercise and the Chief Secretary to the Government, Zuki Ali, became the sacrificial lamb. Muhyiddin has failed to acquire the skill of assuming responsibility. 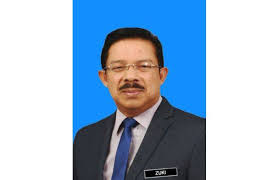 Zuki's apology was insincere. Like most Malaysian civil servants, he indemnified his boss and thought that saying sorry to the rakyat would suffice. It won't.

The greatest con-job against the Malaysian rakyat

Three weekends ago, at the end of February, Muhyiddin sacrificed his weekend to attend an event at the Sheraton Hotel (photo, below) and entertained several turncoats at his house, in the greatest con-job against the Malaysian rakyat. 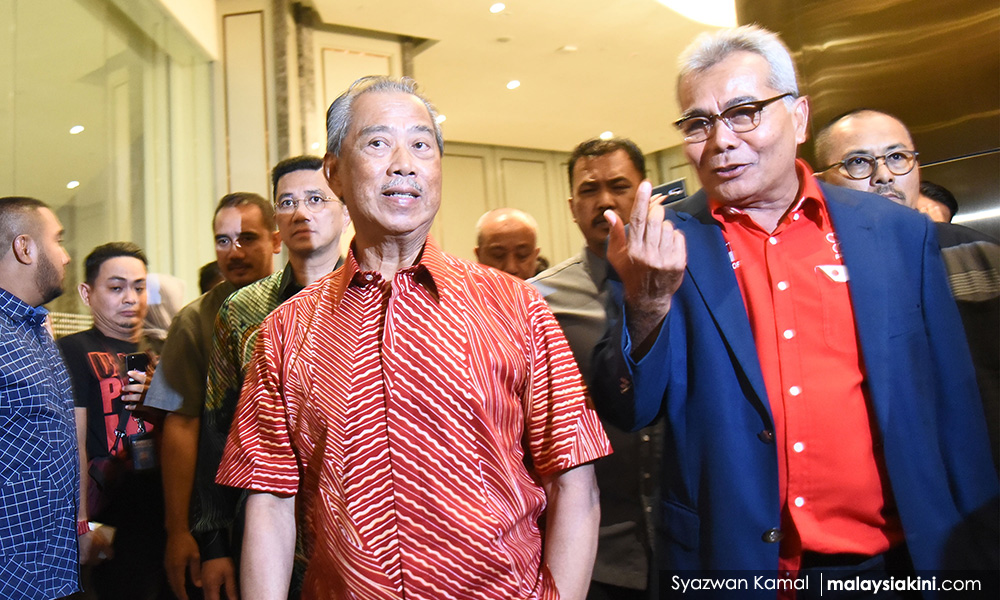 Yet last weekend, he allegedly failed to extricate himself from his golf game with a leading Malaysian entrepreneur, to convene an emergency meeting with his cabinet in the light of the escalating coronavirus threat. He again failed the leadership test.

They say timing is everything. Muhyiddin's timing for the coup was disastrous. He has been thrown in at the deep end, with the economy tanking, and a coronavirus pandemic hanging over him.

For 11 days, Malaysia did not have a health minister. The capable team which the former health minister, Dr Dzulkefly Ahmad (above), left behind can only do so much. Muhyiddin failed to grasp that the top post in the Health Ministry should have been filled without delay, so that policies, preparation and liaison with other ministries, could be coordinated.

When Muhyiddin was sworn in as PM, there were 29 coronavirus cases. A week later there were 99 cases, and in the following week, 428. Was his team making contingency plans to contain the threat? Muhyiddin's sporadic announcements suggest that his cabinet was caught napping.

He failed to tell the rakyat the reasons for the call to restrict their movement, and he must have been alarmed by scenes of congested roads, panic buying and students trying to flee home.

All of the measures devised by the Perikatan Nasional (PN) government to stall the spread of coronavirus, had the opposite effect and did not contain the spread of the disease. His failed attempt at humour in his live telecast to address this serious situation added to the disaster.

People are fearful of their futures. Companies which are forced to close may not be able to survive. Employees may not be paid and may be made redundant. How can workers pay their rent, loans or mortgages?

The lack of detailed planning for business is also alarming. Small businesses and the self-employed wonder if there will be financial initiatives to tide them over in this challenge.

What will happen to single mothers? What about the elderly who live on their own? Will the welfare services assist them?

What were the police thinking? They said they would issue permits to travel, but when crowds thronged the stations, the plan was abandoned. The crowds probably helped to spread coronavirus.

The police action suggests that Muhyiddin's team has not agreed upon an overarching plan. Conflicting orders negate any intended objective.\ 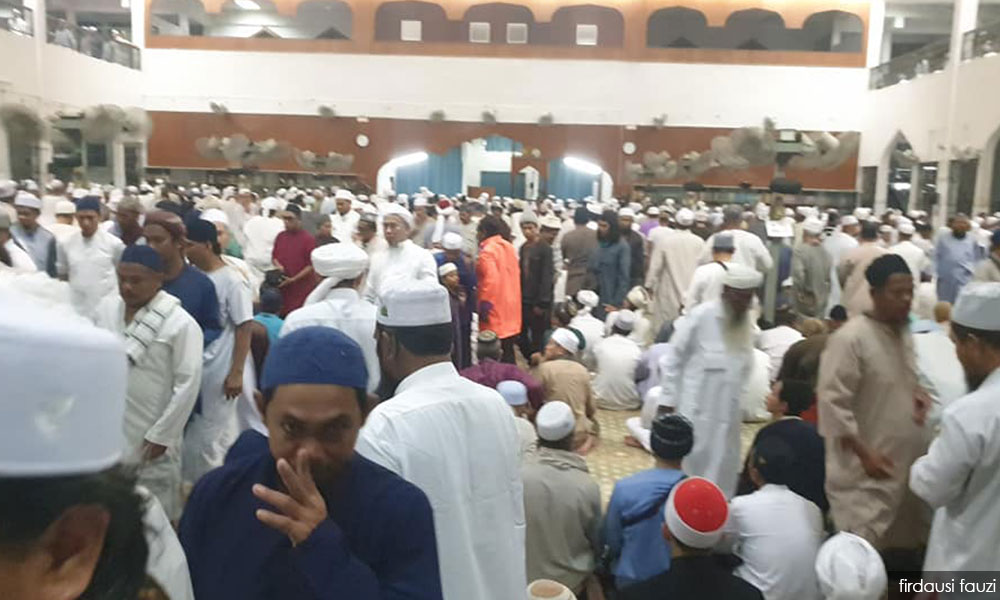 Decades of brainwashing have made Muslims fearful of going against the tide. The tabligh event in Kuala Lumpur (above) helped spread the coronavirus, but no state mufti, with the exception of the Perlis mufti, dared to suspend Friday prayers.

The unthinking fear of God is the Malay/Muslim's shortcoming. A shortened Friday sermon is pointless. A sneeze from an infected person, at the entrance to the mosque, before prayers, risks infection. Malaysians needed the PM to make the call, but it took him a week to act.

What is the policy for illegal migrant workers, refugees and prisoners?

Muhyiddin needs to give daily updates. During this challenging time, the rakyat needs the reassurance that he is able to manage this pandemic, but the ill-thought-out plans and the lack of leadership have eroded our trust.

Sometimes, it feels that things are made up on the hoof.

Muhyiddin's mainly Malay cabinet was tripped up, not by the DAP, non-Malays or liberal Malays, but by a virus, and its own stupidity.

MARIAM MOKHTAR is a defender of the truth, the admiral-general of the Green Bean Army and president of the Perak Liberation Organisation (PLO). Blog, Twitter 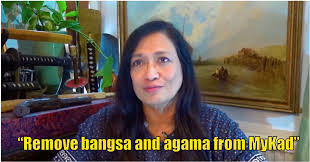