HRH Sultan of Kedah is currently in the position of HM the Yang di Pertuan Agong. A Council of Regency, comprising his brothers and daughter, discharges his duties as Sultan of Kedah. 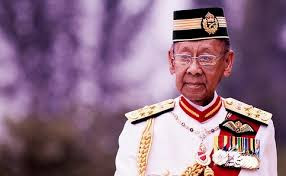 Presumably on the issue of Kedah MB Mukhriz Mahathir 'losing the confidence' of his UMNO colleagues, when that comes to the royal consent, HRH the Sultan may choose to directly give his consent rather than leave it to the Council of Regency.

If HRH sticks to true form, I have no doubts he will follow the constitutional avenue as he is, like many of the Kedahan royalty (and unlike royalty of a few other states), known to be a strict adherent of the constitutional process and protocols for rulers vis-a-vis the federal and state political process.

I'm not a lawyer let alone a constitutional expert like Dr Bari, but I believe that proper process to remove Mukhriz from his position as the MB may come about via two possible scenarios, the DUN and the intra-party process.

If the DUN passes a motion of 'no confidence' in Mukhriz as MB, he has to vacate that position.

Currently the BN holds 21 in the 36-seat DUN including Mukhriz seat of Ayer Hitam and MCA's two seats of Gurun and Kulim.

This means the anti-Mukhriz UMNO faction can at best count on 18 UMNO ADUN but as we have read since then, Maznah Hamid, Kedah Wanita Umno chief and Akhramsyah Muammar Ubaidah Sanusi, head of Umno Youth’s Bendang Baru branch in Langkawi, both of whom attended Ahmad Bashah's press conference, wakakaka, have had second thoughts, wakakaka again.

But OTOH, both Maznah and Akhramsyah are not ADUN (unless I'm grossly incorrect on this point). And it'll be in the DUN that the votes of 'no confidence' in Mukhriz will be taken so their 'second thoughts' may mean for nothing, unless they are able to influence their ADUN kakis.

A majority in Kedah's 36-seat DUN calls for 19 ADUN. Let's say PAS' 8 ADUN will abstain, notwithstanding its current rapport with UMNO, Najib's UMNO that is, wakakaka.

DAP's 2, PKR's 4 and Amanah's 1 will definitely support Mukhriz on the basis of 'the enemy of my enemy is my friend'.

But even if PAS joins PH in opposing any 'no confidence' vote against Mukhriz, mummy's dearest darling boy will get (including his own vote) 16 votes, still shy of 3. Thus Mukhriz must secure another 3 more votes from his BN.

How many of the remaining 18 UMNO ADUN can Ahmad Bashah count on? I'm speculating wildly to say, perhaps and a BIG perhaps, 17, that is if he is lucky, wakakaka.

Wow, that then makes, Chua Thiong Gee (Kulim) and Leong Yong Kong (Gurun), the two MCA blokes king-makers, mind you, not a position they would want to be in, wakakaka.


MCA HQs will undoubtedly instruct them to vote against Mukhriz and earn the gratitude of Ahmad Bashah but the wrath of Mahathir, wakakaka. I doubt Chua and Leong will exercise any personal kam-cheng for Mukhriz, wakakaka.

OTOH, if the avenue to oust Mukhriz takes an intra-party avenue, ie. for BN-UMNO to change its choice for the MB a la Pakatan's attempt to kick out Khalid Ibrahim (but which flopped disastrously thanks to PAS), the dear boy is definitely finished (unless daddy can pull a rabbit or two out of his songkok) because Ahmad Bashah will be guaranteed of an overwhelming majority.

Whichever way, HRH's consent is vital and as I reckon, he'll strictly observe the correct constitutional way. Kedah won't be another Selangor.

There is a third possibility. If the DUN process is taken and Mukhriz loses by a simple majority in a vote of 'no confidence' in him, he may do what Czar Alexander did to Napoleon in 1812, wakakaka, and ask HRH to dissolve the DUN and call for fresh elections.

It'll then be up to Ahmad Bashah to convince HRH that is not necessary as he commands a majority in the DUN.