Tian Chua did a "MCA" 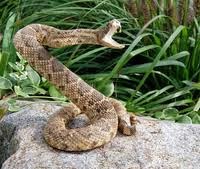 KUALA LUMPUR, April 23 — Both PAS and the DAP are equally guilty of populism in the hudud issue by using religion and fear respectively in rallying their supporters, PKR vice-president Chua Tian Chang said today.

Chua said PKR, on the other hand, wants to help Muslims understand that there is an alternative to dealing with Quranic obligations over the Islamic penal code, and to persuade non-Muslims not to fear and attack those who genuinely believe that hudud is just and divinely inspired. [...]

He said PKR members are “democrats, but not populists”, as populists go on popular sentiment, not principles.

Chua also said PKR does not oppose hudud as a concept and that the party respects the rights of those who want the Islamic penal code implemented, but stressed that PKR believes hudud requires a more progressive interpretation than the one pushed by PAS.

Wakakaka, PKR principled while DAP and PAS populist? The bloody gall of that bloke.

A so-claimed principled PKR conjured up 916, to subvert the ballot box by enticing allegedly 30 BN MP. Real bloody democratic pariahs. As my Bhai said, the 916 scheme was unethical and immoral.

A principled PKR sent a frog hunting team headed by Tian Chua to Taiwan to chase after the alleged 30 potential BN frogs. This had been how he and his PKR colleagues served their constituencies.

And what about that stupid Kajang Satay?

And really, it's a bit rich for Tian Chua, of all people, to accuse others of populism.

This has been a MP who was found guilty of biting a policeman. Very principled and civilized?

This has been a man who photoshop-ed a French dinner for three to serve a politically driven myth. Principled?

As for his party, PKR has been a party which as mentioned brought about the bullshit and totally unnecessary Kajang by-election and all sorts of polemical street demonstrations.

This has been a PKR which put on a drama queen show to moan Altantuyaa a la Cheng Beng, as if the poor murdered woman was their ancestor.

But I see in his pompous stab-DAP's-in-back statements as having two objectives, one desperate and one envy-driven, namely:

... to wit, assuring PAS' members that PKR does not oppose hudud as a concept and respected the rights of PAS people who seek the implementation of Syariah law, so as to secure their backing for the PKR candidate in the coming Permatang Pauh's by-election, and

(b) to attack his chief rival, the DAP, which is currently overshadowing his Chinese section in PKR - he's scared of his section being relegated into a meaningless role, especially in a party now increasingly dominated by Azmin Ali and his inner cohorts.

For more about Tian Chua and his Heavenly Snake faction in PKR, read GE-13 - snakes galore. 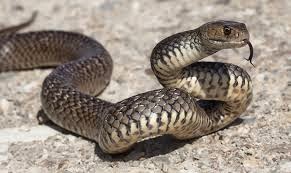