My previous post titled Tian Chua did a "MCA" has been about Tian Chua of PKR telling PAS that his party (PKR) does not oppose, thus accepts PAS' hudud, not unlike MCA and Gerakan accepting Dr M's 2001 declarations that 'Malaysia is an Islamic State' and less than a year later, 'Malaysia is not a moderate Islamic State but a fundamentalist Islamic State', known respectively as Dr M's 929 and 617 Declarations. 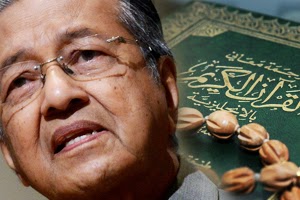 Tian Chua on behalf of PKR has now concurred with MCA and Gerakan that Malaysia is an Islamic State, for only an Islamic State would even consider hudud, ..... but wait ..... Tian Chua, not unlike Dr M in the latter's 617, wakakaka, has not just concurred with MCA-Gerakan but even went one step further than MCA-Gerakan ... in accepting PAS' hudud.

Just to remind ourselves what Tian Chua said 3 days ago: PKR does not oppose hudud as a concept and that the party respects the rights of those who want the Islamic penal code implemented.

Whether Tian Chua's non-opposition to hudud has been in mealy-mouthed principle or not is irrelevant. What is far more important is that he on behalf of PKR has not opposed hudud, another way of stating PKR has accepted PAS' hudud.

MCA and Gerakan, eat your hearts out - Dr M and you guys were only half measured in your support for the Islamic State concept, unlike "principled" PKR, wakakaka.

So we see Tian Chua and his "principled" PKR, unlike "polemic" DAP, has warmly accepted PAS' concept of hudud.

To me, it's a double opportunistic gambit by Tian Chua to secure PAS' support for PKR candidate in Permatang Pauh. Why double?

Well, one was to stab its supposed Pakatan ally DAP right in the latter's back to make PAS and itself, both of whom don't like DAP, happy and secondly, to voice PKR's acceptance of hudud to again make PAS wild with delirious delight. It's what Chinese would term Double Happiness, with love from PKR to PAS, wakakaka. 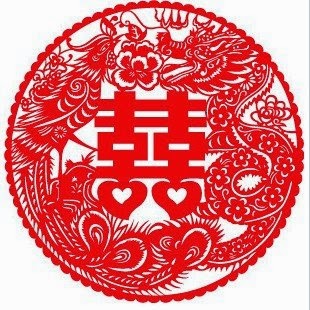 Dr Ramasamy (DAP) who is Penang DCM II, has been spot on when he described Tian Chua as opportunistic. TMI reported:

Ramasamy, however, took exception to Tian Chua’s remarks, saying they were uncalled for.

He said DAP's stand on hudud was the clearest and its long history of opposing the implementation of hudud was well known.

DAP had announced that it was cutting ties with PAS president Datuk Seri Abdul Hadi Awang, after his insistence to press ahead a private member's bill on hudud in Parliament.

"We are not playing a populist game. Maybe Tian Chua doesn't know the meaning of the word.

"DAP's stand on hudud was clear before this. It is clear now and it will remain so in the future. DAP will never compromise on hudud," he said.

Ramasamy hit back at Tian Chua by saying that PKR did not have a firm stand on hudud.

"PKR believes in opportunism. It is neither here not there when it comes to hudud. Even (PKR de facto leader) Datuk Seri Anwar Ibrahim did not state a clear stand on the matter."

"I think Tian Chua should just keep his opinions to himself. We should all be focusing on the Permatang Pauh by-election to retain the seat. DAP is committed in supporting PKR's candidate," he said.

Today, unsurprising since 'too f* clever-by-half' Tian Chua handed MCA and Gerakan a sort of birthday present, the MCA President, our very dear Liow "My Beloved PM" Tiong Lie said: A vote for PKR is a vote for PAS’ hudud.

Of course Liow "My Beloved PM", wakakaka, was delivering his message to the 16,000 Chinese voters in Permatang Pauh.

Dearie dearie me, A vote for PKR is a vote for PAS’ hudud and none other than Tian Chua handed that sweet weapon to an already moribund MCA, and that's why Tian Chua has been 'too f* clever-by-half'.

Mateys, remember that the scare of PAS and its hudud-ization drive was what turned Chinese voters off in 1999, when they in an unprecedented decision, used their votes to kick their two champions, Lim Kit Siang and Karpal Singh, OUT of federal parliament for their naughty dalliance with PAS in that best-forgotten Barisan Alternatif loose coalition.

Yes sir, from time to time, whenever I see DAP so obsessed with wanting to be in Putrajaya that it had been willing to discard its socialist democratic principles to sleep with a hudud-bent PAS, I would remind DAP of that sad moment in Malaysian political history for the DAP when Lim KS and my Bhai, both then my heroes, were mercilessly kicked out by their usual supporters - see my post DAP - remember 1999.

Anyway, will Liow succeed in his warning to the 16,000 Chinese voters? Will the Chinese voters make any impact on the Permatang Pauh by-election?

Whatever, whichever, however, Tian Chua has provided MCA (and Gerakan) with a badly needed CPR, wakakaka.

On the basis of Tian Chua's opportunistic and (to DAP and non-Muslims) treacherous declaration of PKR not opposing, thus condoning, PAS in its hudud drive, I am sad to say this but Liow the "My Beloved PM" Tiong Lie, has been right, that A vote for PKR is a vote for PAS’ hudud.

Isn't it just ironical that the MCA (and Gerakan) which had kuai kuai (obediently) supported Dr M's 929 and 617 Declarations, is now able to fire back with sweet revenge at PKR, which has now in similar kuai kuai fashion, bodek manja PAS in Tian Chua's 423 Declaration.

Mind, I do detect a wee difference between the kuai kuai-ness of MCA-Gerakan and that of PKR (via Tian Chua). MCA-Gerakan was really and truly kuai kuai (obedient) to Dr M, wakakaka, whereas in the immortal words of Dr Ramasamy, Tian Chua has been "opportunistic".

A synonym (same or almost same meaning) for "opportunistic" is "unprincipled", wakakaka. Yes, "unprincipled" as very very different from "principled".

Incidentally, an interesting side-note for you: "principled" in the dictionary means, among many descriptions, "ethical" and "moral", and thus its antonyms would be "unethical" and "immoral", two exact words which my late Bhai had described Anwar's 916, wakakaka again. 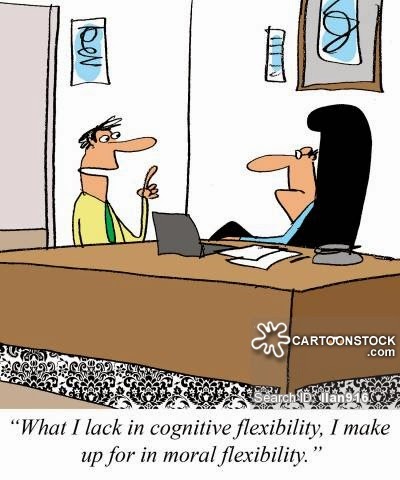