The wind of change is blowing through this continent, and whether we like it or not, this growth of national consciousness is a political fact. We must all accept it as a fact, and our national policies must take account of it. 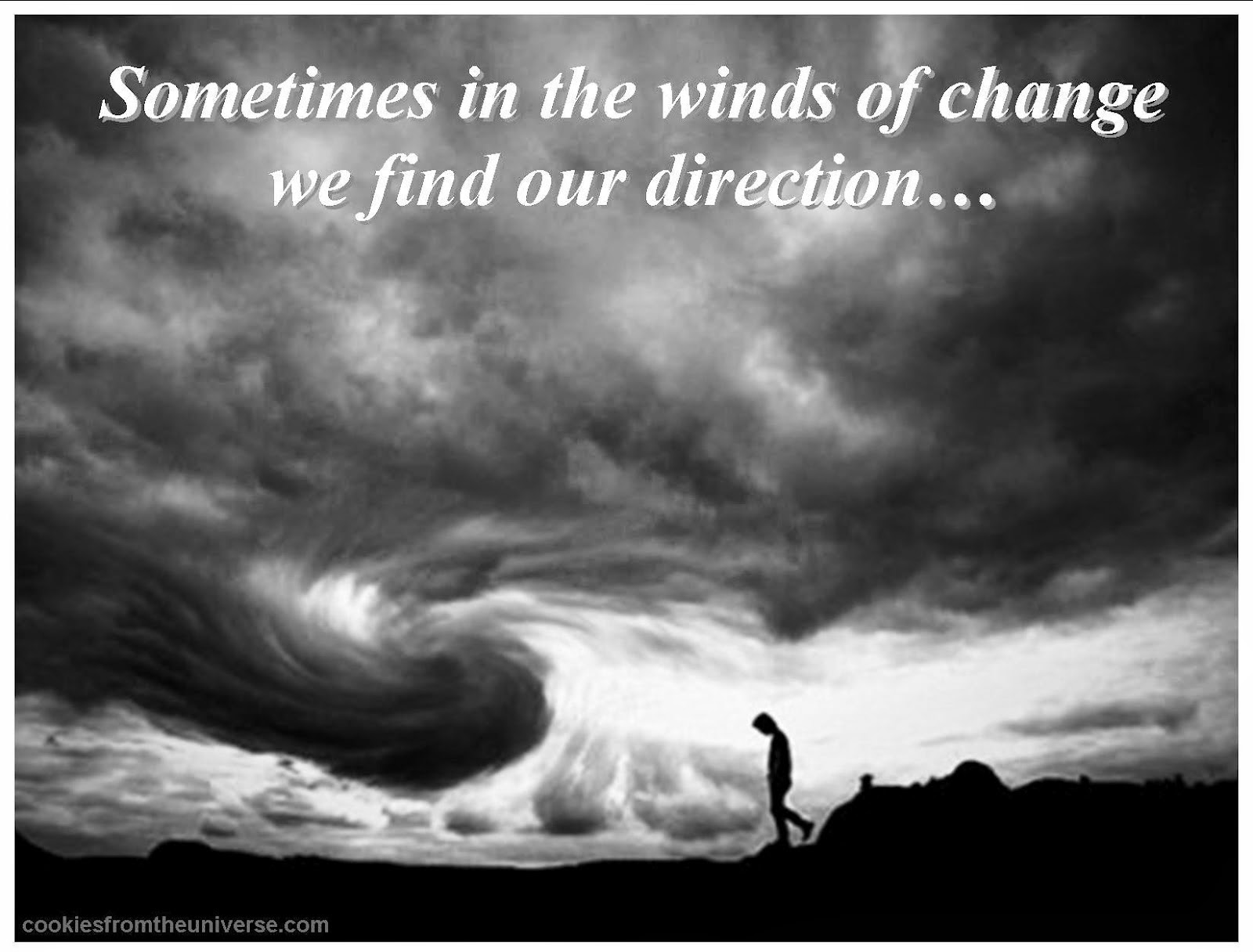 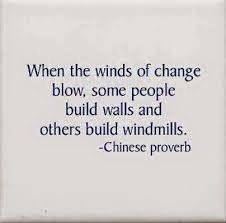 On 03 February 1960, slightly more than half a century ago, Harold Macmillan, PM of Britain, made his famous 'Winds of Change' speech in white supremacist South Africa, signalling Britain's increasing concerns over the ultra-racist apartheid system in South Africa. His aim was to persuade the white leaders of South Africa to abandon its racist policies and move towards racial equality.

The phrase 'Winds of Change' became a historical term in contemporary world history, and I want to examine such a possible phenomena in Malaysia today on several areas, but let's start with just one in this post.

So, are we sensing such a 'Winds of  Change' in Malaysia with regards to the government-sanctioned Islamization of Malaysia since 29 September 2001.

If UMNO says that Malaysia is an Islamic country, it is because in an Islamic country non-Muslims have specific rights. This is in line with the teachings of Islam. There is no compulsion in Islam. And Islam does not like chaos that may come about if Islamic laws are enforced on non-Muslims.

Lim Kit Siang termed Dr M's pronouncement as the '929 Declaration'. He then sneered at MCA and Gerakan for immediately embracing and enthusing about Dr M's Declaration, not unlike the recent tudung-ed sweeties embracing the Korean pop groups, wakakaka.

... as if the founding fathers and early leaders of MCA like Tun Tan Cheng Lock, Tun Tan Siew Sin, Tun S.H. Lee, Too Joon Hing or even the early UMNO leaders like Onn Jaffar, Tunku Abdul Rahman, Tun Razak and Tun Hussein Onn would have agreed to multi-racial and multi-religious Malaysia becoming an Islamic State.

For eight month after September 29 last year, MCA and Gerakan leaders were trumpeting that Malaysia is a moderate Islamic state

Looks like MCA and Gerakan were K-popped - note: not K-Y-ed though on the 929 Declaration it has to be said they were "asking for it", wakakaka. 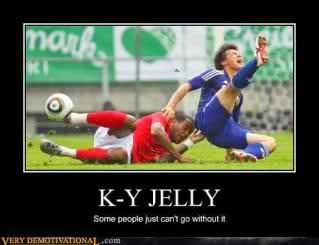 But Malaysiakini columnist Lee Ban Chen wrote (in 2001) despairing of the MCA and Gerakan (and presumably MIC) as follows:

The most shameful and ridiculous are the non-Malay based component parties of the BN, which have been opposing the establishment of an Islamic state all along, to suddenly make an about-turn and support unconditionally Mahathir's version of Islamic state - albeit with an guilty conscience, if they still have one, that is.

The MCA propaganda machine had to invent an incredible term, "secular Islamic state", as a compromise to their former strong anti-Islamic state stand. It might be okay to appease the muddle-headed who have very little knowledge about Islamic state, but for the knowledgeable, especially among Muslims, a secular Islamic state is just unthinkable because "there is no half-way house between secularism and Islam", to quote Salleh Abas.

MCA president Dr Ling Liong Sik has exposed his out-and-out opportunistic political stand when he, on one hand agreeing with Mahathir's declaration that Malaysia is already an Islamic state, on the other said that Malaysia can also be called a secular state and that it was only a matter of interpretation!

He even resorted to sophistry, saying that many things can be called by more than one name. A rose in English is a rose, in Mandarin it is mei-kwei, in Malay bunga mawar and in Tamil roja but they all mean the same thing.

But sophistry won't alter facts. An Islamic state in English is an Islamic state, in Mandarin it is hui-jiao-guo, in Malay kerajaan Islam. It is true that they all mean the same thing, but they definitely do not mean secular state as suggested by Ling!

I hope you know the meaning of 'sophistry'. It's a polite term for bullshit! The dictionary calls it 'use of clever but false arguments, especially with the intention of deceiving'. Wakakaka. 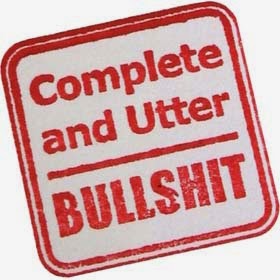 Apart from Lim KS's objection, significantly two Malaysian leaders disputed Dr 's Declaration. The first was the former Lord President Salleh Abas, who pointed out that the highest law in the country is the Federal Constitution, with Syariah law (Islamic law) being only a branch within the constitution.

Malaysiakini (12 Nov 2001) reported: Salleh said that his stand on Article 3 was clearly stated in a 1988 judgment which ruled that the term 'Islam' in Article 3 referred only to acts relating to "rituals and ceremonies". He stressed that Malaysia can only be converted into an Islamic state when the word 'Islam' in Article 3 is amended so that Syariah could be applied fully to at least all Muslims.

Today we read/hear the same Salleh-like ruling in the recent Court of Appeal decision reaffirming the limits of Shariah law to only familial matters.

Note the word 're-affirming' which means the limited powers of the syariah courts were long since affirmed, as per what former Lord President Salleh Abas had ruled.

“This is indeed a landmark decision and echoes Sisters in Islam calls to review the Syariah Criminal Offences law given the many unconstitutional provisions that violates fundamental liberties as guaranteed under the Constitution,” Ratna Osman, the executive director of SIS said. [...]

In its written judgment on a high-profile transgender case, the Court of Appeal said that that the Federal Constitution restricts Islamic legislation to marriage, divorce and inheritance, based on the Supreme Court’s ruling in the landmark 1988 Che Omar Che Soh case.

Former de facto law minister Datuk Zaid Ibrahim lauded the “clear thinking” judges for the decision and said that it took “lots of courage from Muslim judges to pronounce the appropriate place of Islamic law under the Constitution.” 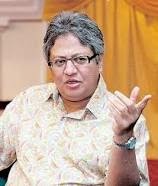 He noted however, such decision has already been made decades ago but today’s ruling is an affirmation to that.

“If our judges had been willing to make the correct pronouncement of the law, the country would have been spared the uncertainty and confusion which 20 years of ambivalence has generated,” he said.

“The state legislature has to pass enactments and laws according to these only,” Akbardin added. [...]

The three-judge panel of Malaysia’s second-highest court led by Justice Datuk Mohd Hishamudin Yunus cited former Lord President Tun Salleh Abas, who had ruled that the framers of the Federal Constitution had confined the word “Islam” in Article 3 — which says that Islam is the religion of the Federation — to the areas of marriage, divorce and inheritance law, based on the history of Islamic legislation in Malaya during British colonial times.

“In short, the Supreme Court takes the position that it was the intention of the framers of our Federal Constitution that the word ‘Islam’ in Art. 3(1) be given a restrictive meaning,” Hishamudin said in the appellate court’s full judgment released on January 2 in the case of three Muslim transwomen fighting a cross-dressing ban under Negri Sembilan Shariah law.


The second Malaysian leader to dispute Dr M's Declaration that Malaysia was an Islamic State was, would you believe it wakakaka, none other (then) the spiritual leader of PAS and the Menteri Besar of Kelantan, Pak Haji Nik Aziz who said: 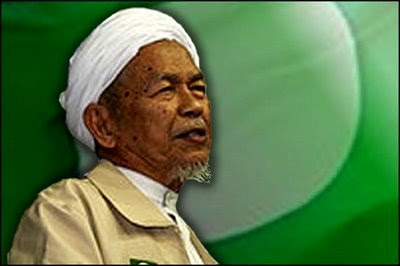 “You can talk all you want. You can declare a piece of wood to be gold, or a wheelbarrow as a Mercedez, but in reality, nothing has changed.


As for our 'Melayu mudah lupa' Dr M himself, just last year he sang a different tune, saying that Malaysia is neither an Islamic nor a secular state, but just an 'ordinary state' (whatever that means, wakakaka) with Islam as the official religion. Wakakaka. 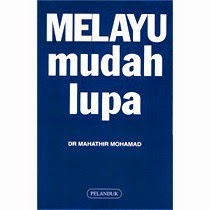 He told reporters that although Malaysia has been proclaimed as an Islamic country before (I wonder by whom, wakakaka), it did not mean that Malaysia has to take steps to “make it Islamic”.

Well, your government as well as those of your successors (wakakaka) have.

He stated: “We are just an ordinary state that recognises Islam as the official religion of the country, and we practise things that are not against the religion of Islam.” 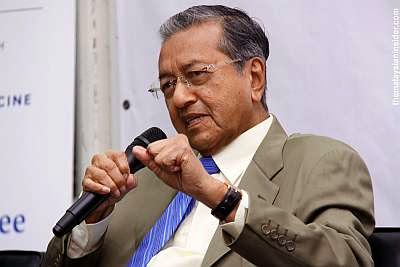 “We have declared ourselves as an Islamic state before, but that does not mean that we have to do all kinds of other things to make it Islamic. There are so many Islamic states that don’t even declare they are Islamic and they don’t practise many of the things that are supposed to be associated with Islamic states.”

Anyway, back again to 2001 - Far far more interestingly, and PLEASE TAKE NOTE of this one, Malaysiakini also reported (bearing in mind the news report was in 2001):

Terengganu Mentri Besar and PAS national deputy president Abdul Hadi Awang was quoted as saying that once an Islamic state is established, non-Muslims will be subjected to Islamic laws involving public interests although there will be exceptions for certain areas.

Gulp gasp omigosh, so there you have it, our dear Pak Haji Hadi and his 'non-Muslims will be subjected to Islamic laws involving public interests'. 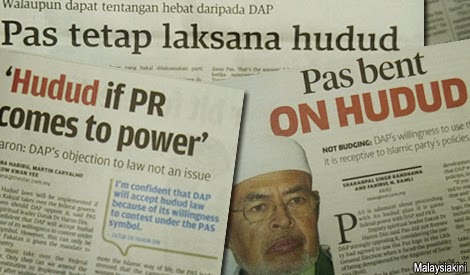 In concluding I just want to say two things:

(a) it's evident that the political-ideological relationship between PAS and DAP now has to be, nay, must be deemed as irreconcilable (unless you're obdurately blind), and that DAP will suffer its 1999 punishment if it still insists on proceeding with an alliance with a hudud-bent PAS with serious severe consequences for non-Muslims - see my DAP - remember 1999 in which I penned the following (extracts only):

While politics is the art of the possible, there has to be a limit, i.e, short of a Faustian Pact in working together with PAS.

While it's natural for a political party like the DAP to aspire to majority rule eventually, either in a coalition or even by itself, I urge the party not to be stampeded by the personal agenda and timeline of Anwar Ibrahim who is known to be impatient and whose entire once-glorious career was let down by this, his Achilles heel.

It would be true to say that the concept of Pakatan, one in which a socialist-secularist DAP was brought to work with PAS, obviously a working relationship of dubious but undeniably short-term fashion, has been born out of Anwar's most un-manamanlai impatience to be PM.

Regardless of whether the Erdogens take over PAS, its stripes, fangs and predatory (big cat) scent are now more than ever very obvious to the Chinese and Indians. And the Chinese in particular love to punish political parties which they believe have betrayed their cause or interests - recall Wong Pow Nee's Perikatan in 1969, Gerakan in 2008, MCA in 2013, wakakaka.

(b) Finally but not least of all, I want to thank the 25 prominent Malaysians who signed an open letter to PM Najib expressing deep concern about the growing influence of extreme Islam in Malaysia. I believe this has given courage to many Malaysian Muslims to come out to the front to say what they have always wanted to say. 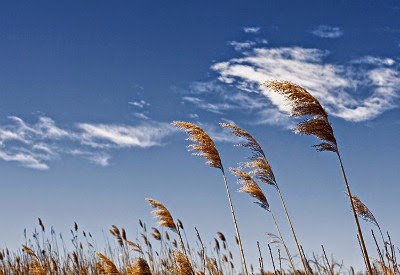