LUMUT: A senior citizen braved himself, despite the fear for wild monkeys, to leave food for the primates so that the animal will not starve during enforcement of the Movement Control Order, which has been extended until April 14.

Mohd Mahfuz Abdul Rahim, 62, who operates a food shop near Taman Paya Bakau (Mangrove Swamp Park) here, has made it a routine for him to drop by at the park every time on his way home to leave the left-over food from his shop for the monkeys, which can be seen along the road waiting for visitors to the park to give them food. 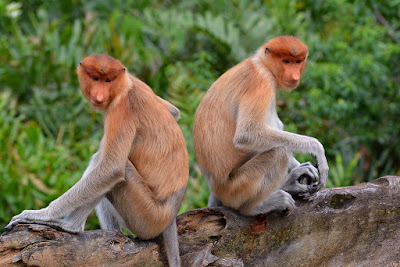 “These monkeys are used to having people (visitors) feed them. Now that the park is closed (with the enforcement of MCO), they don’t get food anymore.

“Since my shop is nearby and I have to pass by the park on my way home, I make it a point to stop at the park to leave the left-over food from my shop and the monkeys are there, as if waiting for me,” he said when met at the park. 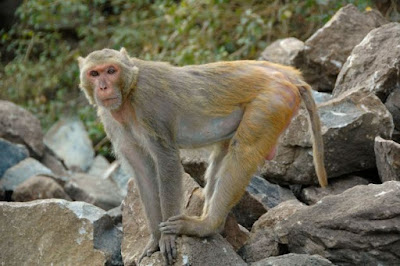 Mohd Mahfuz said he had been leaving food for the monkeys there, which are regarded wild and despite his fear for the animal, since enforcement of MCO to ensure that they would not starve.

“They are not like the cats or dogs you see on the streets, where people can easily give them food, but these monkeys have problems getting food and they may starve,” he said, adding that he would clean up the place before leaving for home, which is at the Venice of Perak, here. -- BERNAMA 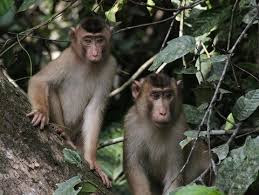 All well and good, but Mr Mahfuz might not realise that he is not doing the correct thing even though we may praise him for his kind and compassionate treatment of animals.

Wild animals do NOT require feeding from humans. In fact, in most cases, wildlife authorities would advise the public NOT to feed these creatures as the food to the animals might not be suitable for their health or condition of their teeth. 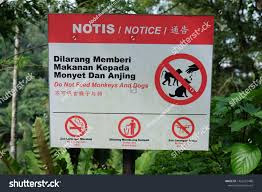 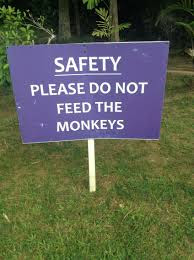 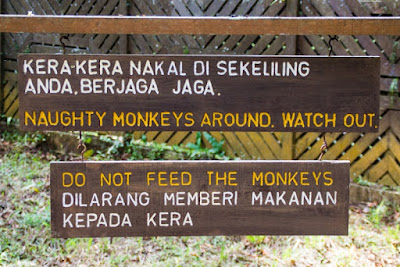 Example (not the best, wakakaka), I was a member of a riding club in Malaysia (dragooned into it by a mate who was the secretary of the riding club, blast!) and after the riding, would pamper my steed with a lump of sugar as every other riders did. When I came down to Australia I was informed by riding clubs here that the practice is frowned upon, indeed not practised at all, because the sugar, much as Dobby loves them, would decay the horse's teeth.

I wonder whether Mahathir feeds his horses with lumps of sugar? Wakakaka.

Monkeys and birds are wildlife creatures and can take care of themselves with food from the bush and/or jungles, and do NOT depend on human contribution. That's why they are called wildlife. The food they forage from the jungle would be by default, natural and suitable for their healthy diets.

Feeding wildlife creatures with human prepared food does more harm than help. And it can make those creatures like the monkeys become more and  more dependent upon food provided by humans to such an extent they may not be able to fend for themselves when in the wild. 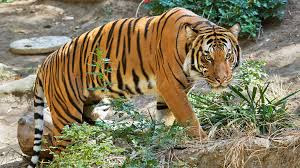 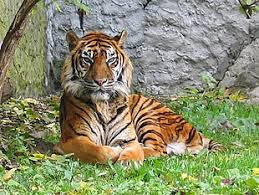